The Face Of John Bolton 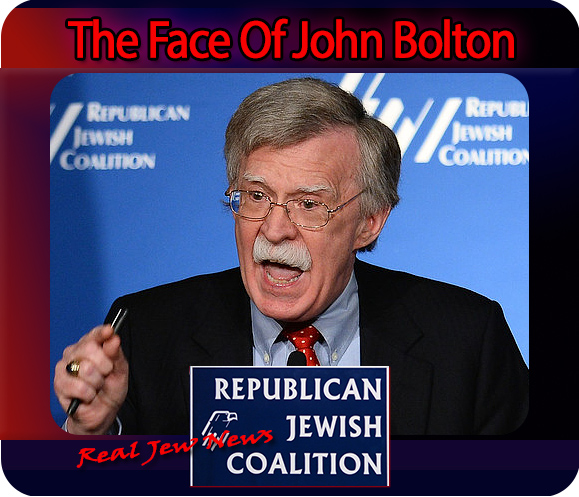 COLD, CALLOUS, CALCULATING, with an aspect of vicious intent, the study of John Bolton’s face leaves one with a sense of edginess.

Coupling this with his pursuit of committing more war crimes by the US in pursuance of Jewry’s interests (not America’s), the study of John Bolton’s scowl proffers an emblem of America’s enslavement to Jews.

Take another look at Bolton. (The mug shots of criminals offer a happier presentation): 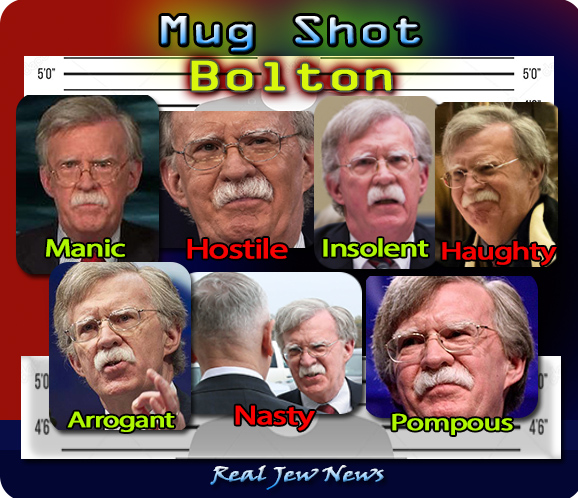 What do we see?

Through the looking glass of a matzah ball, Bolton’s quirks fit right into Jewry’s agenda.

Bolton’s hostility, for instance, will be channeled by Jews into malice toward Iran…which poses NO threat to America. Iran poses a threat to Israel for being opposed to Zionist expansion and its malignant actions toward the Palestinians. 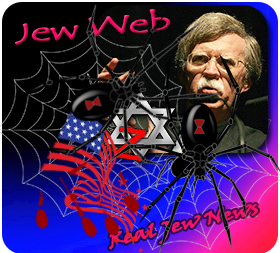 There is NO END to Jewry’s antagonists. Should America be forever caught in Jewry’s web of confrontation and enmity?

That’s where Bolton’s insolence comes in.

Jews will direct his impudence toward ignoring every single argument why America should NOT entangle itself in Israel’s complaints, squawks, and eternal whines.

Surely, this is why countless Jews are donors of Bolton’s Super Pac. One glance unveils a Guest List to a Bar Mitzvah. (A bloody Bar Mitzvah.)

Names like MOSKOWITZ, SINGER, FRIEDBERG, MARCUS, LEVY, and KADISH, tell a tale of Jew money for more wars for IsraHell.

A great man once said, “the Jews are our misfortune.” Their shills are ten times worse.

See: Tillerson Out, Neocons In! Here

Trump: The Art Of Breaking A Deal Here