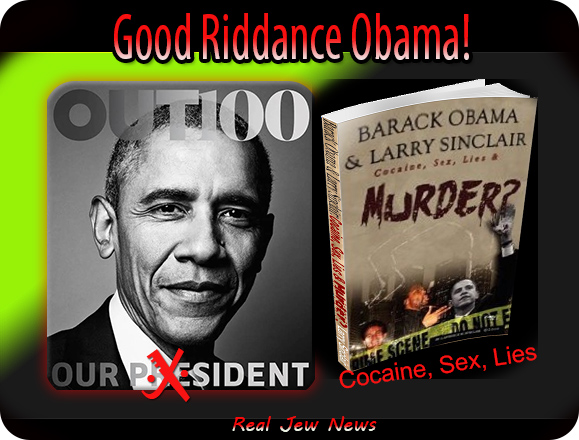 A HUGE SENSE OF RELIEF fills the air now that the bastard son of Frank Marshall Davis is about to be flung out of the White House.

Just as Satan himself was cast out of heaven, like an odious swine, Obama is about to be cast to the dogs to be devoured.

Oh, it will happen, as those who commit abomination, (that is, homosexual activity, proven to be Obama’s past conduct), are cast into the lake of fire, where demons with scorpion-tipped tails wait for their sodomite prey, and drive their weapons right up the anus.

They’re licking their chops just to get their projectiles into Obama.

And right up the anus is what Obama did to America these past eight years.

His legacy is this: Barack Hussein Obama sodomized America by pushing homosexuality, lesbianism, transgenderism…a profane trinity of his sex-gods.

Why did he do it? Is it because Obama hates America? Yes, and more.

Obama’s main influence for his amoral agenda transits via the Jew, Saul Alinsky, to divide a united country, and create civic upheaval and “change.”

He went further than his mentor’s wildest dreams by balkanizing a homogeneous culture through mass immigration, and by subverting the Church’s morality.

Yet, Obama is essentially a coward. 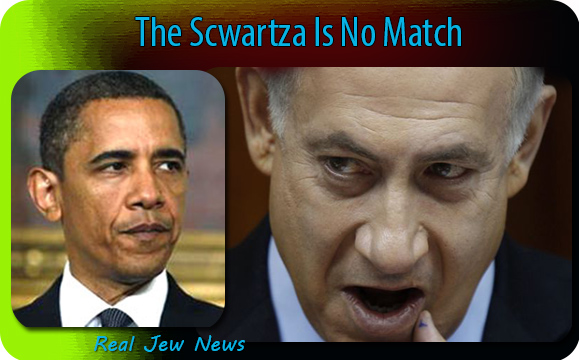 ATTEMPTING TO ESTABLISH a balance of influence in the Middle East via his 2009 Cairo Speech, Obama quickly backed down.

For shortly after the speech the Jews told their ’schwartza’ how the world works:

“Obama did not fully address the long record of Palestinian noncompliance with peace initiatives.”

Thus, the Jewish hokum used to blame the Palestinians for the failure of Zionist “peace initiatives,” (which everyone knows is a Jewish snow job), effectively muzzled the mouth of Obama.

The schwartza next tried to stop the illegal settlements in the occupied West Bank, but after a posse of Jews banged down the White House doors, the cowardly ‘house-nigger’ caved.

And his latest parting shot by abstaining from voting on UNSC Resolution 2334 condemning Israel’s settlement expansion in the Palestinian West Bank is essentially a toothless action.

A SLAP ON THE WRIST is laughed off by the Jews. Oh, they make a fuss…but there is no punitive action in the Resolution that would obstruct continued settlements.

Yet another round of sanctions against Russia, enabled by Obama and authored by the Jew, Jacob Lew—bereft of any evidence of “Russian hacking”—has been executed.

“The devil is come down, having great wrath, because he knows he hath but a short time.”

Good riddance Obama! Hell has opened its mouth to receive you..!