How The Devil Wins Elections 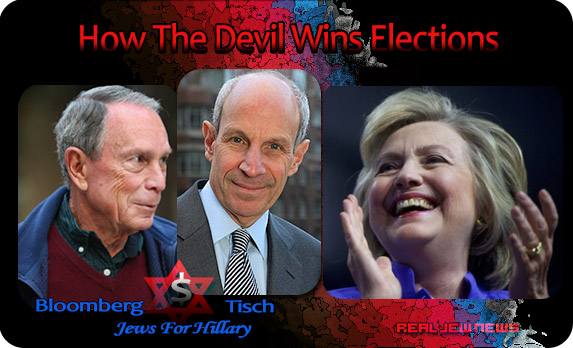 IF YOU’RE THINKING of running for office, even for president, you might want to use the Hillary Clinton model.

With her campaign as your example you can get away with murder (she did in Benghazi) and still have a chance at winning.

What you need to do, (it will sell your soul to the devil, Hillary certainly doesn’t care), is to tout what pleases the Jews.

Why, you might ask, do I need to please the Jews?

Don’t you know that every single component of political machinery is controlled by Jews?

Even Jimmy Carter, tarred a ‘Jew-hater’ for it, said, “The Israel Lobby is so powerful that all US politicians are beholden to the Lobby’s agenda.”

Better take a lesson in how the world works. Jews control it all, even world trade.

So here’s a list, you can check it twice, it’s really quite naughty, but Jews think it nice: 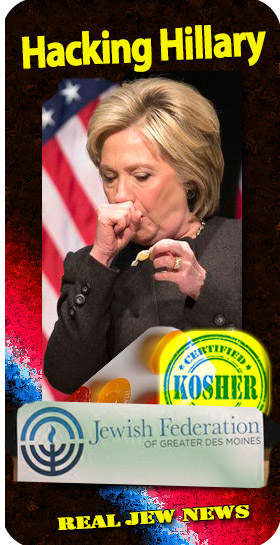 Promote homosexuality, lesbianism, transgenderism, and all types of sexual perversion.

Clinton is the pervert’s best friend. She often speaks at the Human Rights Campaign (HRC), a Jew-supported LGBT lobby, designed to undermine Christian morality in our Jew-ruined country.

This fits right in with Jewry’s Protocols of the Elders of Zion whose agenda is to corrupt the morals of stable countries. For where sin reigns, Jews have easy sway over the debauched masses.

Abortion on demand is at the top of Clinton’s platform. She promises to make every American pay for infanticide if she becomes president.

Promote Russo-phobia and Russia-bashing. Do so in all ways possible.

Clinton is a master of Russia-bashing. She does it to please neocon Jews who are traitors of not only the Republican Party which they’ve spurned and abandoned, but of the US by putting Israel’s interests ahead of America’s.

“YOU ARE OF YOUR FATHER THE DEVIL,” said Christ to the hateful Jews.

Coughing fits are one thing, but lies and murderous plans are quite another.

When the devil coughs he spits out a glut of blasphemies.

When Hillary Clinton coughs she spits out a glut of pro-Jewish policies.

What’s good for Satan and sons is dire for America.

For More See: Why The Jews Love Hillary Click Here