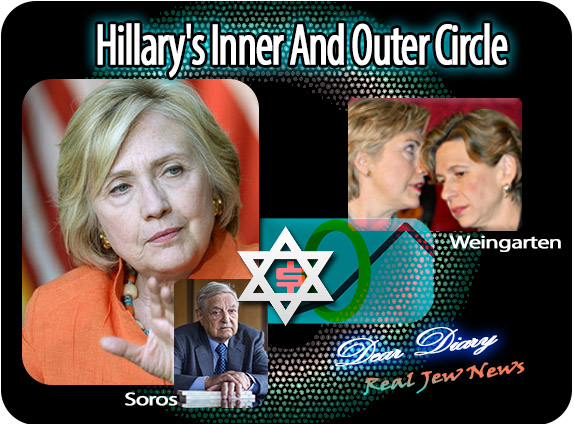 DEAR DIARY, I just couldn’t bring myself to watch the Democratic National Convention.

Who could blame me?

I grew up in a Jewish home in the 50’s and knew from a child that the Democratic Party was a ’second synagogue’ for Jews.

Voting for candidates of the Republican Party was repugnant to Jews (it was the party for ‘WASPS’), and my rabbi constantly harped away during his sermons (content: 1% religious, 99% political) that only Democrats reflected ‘Jewish interests.’

As a kid I wasn’t all that interested in ‘Jewish interests’ since when I compared Jews to Gentiles, (they were mostly Christian in those days), it was evident to me that Jews were neurotics but Gentiles were wholesome.

Today, with the Democratic Party ruled by Jews, it’s nothing less than a mob of feminists, abortionists, homosexuals, liberalized blacks, lesbians, and socially-engineered youth.

Looks like a guest list to a Bar Mitzvah. But that ragbag could descend on all of our heads. 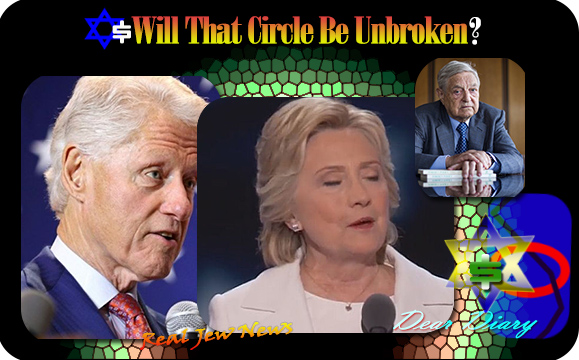 BILL CLINTON is also in Hillary’s inner circle even though they hate each other.

Perhaps Hillary’s hatred ‘trumps’ her husband’s since he’s been shacking up with other women ever since the marriage bed lost its thrill for him.

Hell hath no fury than a woman scorned. But a husband poking around outside the home is simply a scoundrel who slights, not hates, his wife.

Is this why Hillary shrieks when speaking at her rallies, and as I’ve been told, at her acceptance speech? She must be taking out her fury against Bill on the rest of us.

And who can stomach looking at this cheerless couple for the next four years if they get in? 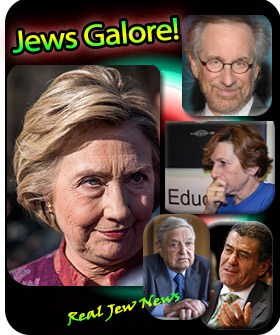 They do the woman a disservice by unwittingly siding with her critics that she’s amassed a resume that couldn’t even land her a job with the hawkers selling tickets to fill empty Bernie seats.

And why is she running? She wants to be president, that’s why, and the first woman at that. Haven’t we had enough ‘history’ with Barack, Obama Care, and same-sex marriage?

What’s her platform? She says all is peachy, that Obama’s done a great job, yet under her the status quo will move to the next level.

WE’VE ALREADY hit bottom, but the abyss has many levels down where new SCOTUS justices who will tear up the Second Amendment and overturn the First are dredged up from the bottomless pit of progressiveness.

Deep pockets, Jew pockets, got Clinton in their docket, labelled: “Things For Hillary To Do.”

Don’t the blacks who fawn all over Hillary know that they’re being played by her Jewish enablers?

What about the rah-rah-for-Hillary youth? They don’t have a clue. Even if they did (and was proven to them that Jews use the Party for the destruction of Western civilization) they’d tar you as a bigot.

And so dear diary, Hillary and Bill might be back in the White House.

I can’t think of an existential threat more dreadful than that very unhappy scene.