TPP Is A Jewish Affair 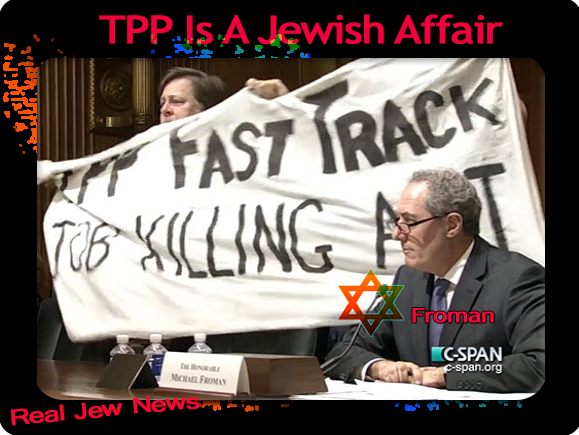 TPP Is A Jewish Affair
By Brother Nathanael Kapner November 10, 2015 © 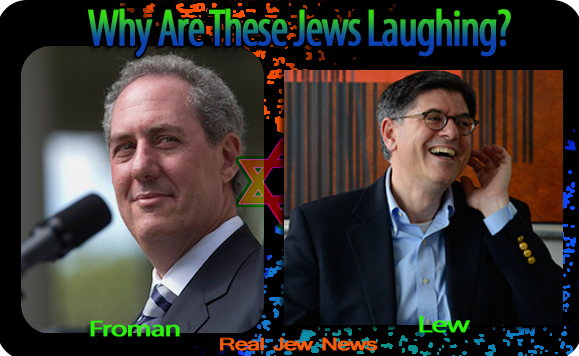 IT’S ALL ABOUT global governance with Jews in high places marshaling their efforts to castrate the sovereignty of nation-states with their ‘negotiated’ TPP agreement.


Let’s start with the Jew, Michael Froman, who as chief US Trade Representative, led the negotiations of the Trans-Pacific Partnership agreement and brought it to completion.

Celebrating Froman’s furtherance of a One World Government (of which Jews will pull the levers) was fellow Jew, Gerald Seib, of the Council on Foreign Relations who interviewed Froman upon TPP’s conclusion last month.

It’s a Jewish affair for as Senator Jeff Sessions contends, “TPP ushers in a governance system that will supplant ours with its own rules for every aspect of global commerce accompanied by a new international regulatory structure to enforce these rules.”

“TPP creates an international Congress that will overrule ours,” the senator point out. 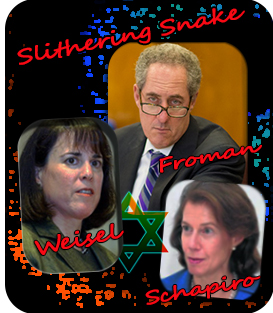 Sessions warns that TPP will take migration of foreign workers out of the hands of nations into the hands of the global governance system due to the TPP provision stating, “No party shall impose limitations on the number of persons employed in a particular service sector.”

It’s a slithering snake on a creeping mission. For once quotas of guest workers are eliminated, forbidding quotas of foreign immigrants is next.

This is an all-time favorite of the Jews.

For Jewry’s aim is to dilute a national-complexion into a diverse assemblage of peoples with a slight sense of nationhood and a weakened resistance to loss of sovereignty.

Particularly troubling is that the terms of the TPP agreement are subject to change by an unelected ‘TPP Commission.’

IT’S GOOD NEWS for the Jews who love their Jewish state while eating lox and bagels in their Manhattan suites far from Zion.

For in June’s ‘Fast Track’ bill—pushed by Treasury head Jacob Lew—in order to speed up Congressional approval, is a clause obligating signatories to refrain from boycotting Israeli goods and to criminalize organizations and individuals working to boycott Israel.

And AIPAC’s dirty fingerprints are all over this surprise clause.

Hurray for Froman and his Jewish team: Barbara Weisel and Miriam Sapiro, who changed her Jewish surname from ‘Schapiro’ to ‘Sapiro’ so she could pass herself off as a JAP.

TPP is good for the Jews too! But bad for everyone else.