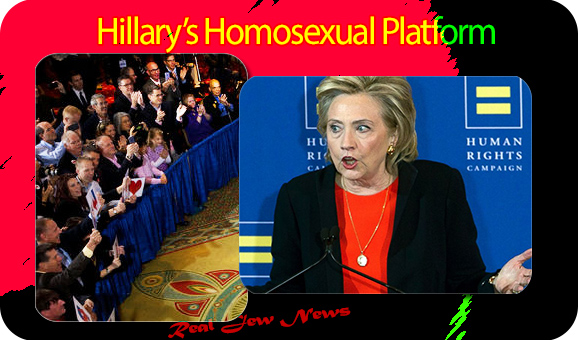 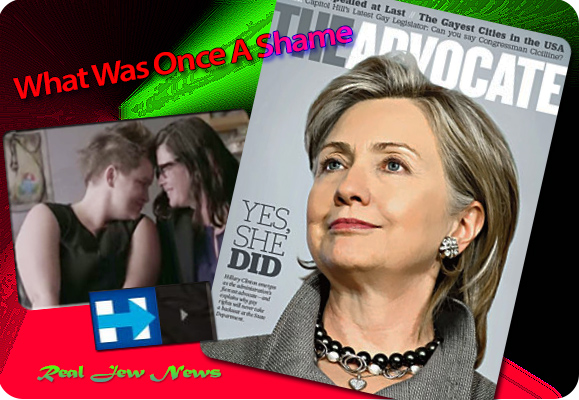 HILLARY NOW PROMISES that homosexuality, lesbianism, and transgender perversion will be the central pillar of her administration.


Speaking before hundreds of Jews and sexual perverts at the Jewish-funded Human Rights Campaign on Saturday, Hillary told the cheering perverts what her campaign was all about:

“I’m running for president to stand up for the fundamental rights of LGBT Americans.”

That’s the best reason for running for president this country has ever heard!

That’s why this country is going to hell. And Hillary will put the finishing touches to bring down God’s judgment on this Jew-ruined nation. 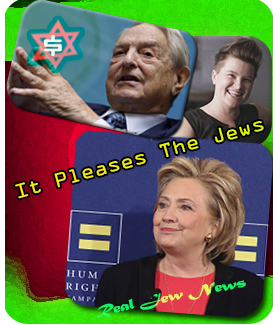 For it was the Jews who struck down the definition of marriage at the Supreme Court.

And it was the Jews who legislated sodomite marriages as the law of the land in opposition to God’s creational order.

To stand up for the RIGHTS OF JEWS to wreck the morality of America is what Hillary’s campaign is really all about.

For with Jewish donors like George Soros lining up to throw their billions behind Hillary, campaigning for homosexuality guarantees big Jewish bucks.

For nothing pleases Jews (like George Soros) than to see Christian teaching toppled and all kinds of sexual deviancy holding sway.

AND WHAT MORE ‘rights’ do the Jews want for homosexuals?

What was once hidden is now out in the open. What was considered a shame is now a political platform.

A philosophizing man once said, “The Jews are our misfortune.”

And Hillary is about to bring that “misfortune” down on us all.