The Jew Behind Ukraine’s Mass Graves 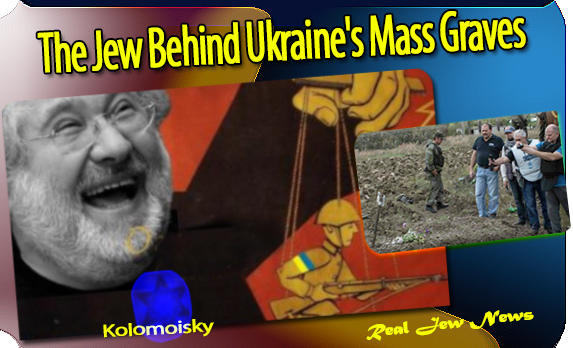 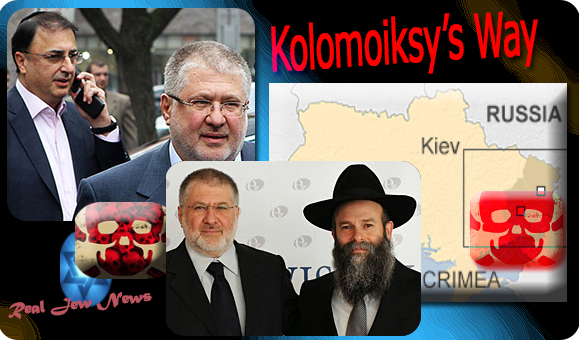 
Triple Ukrainian-Israeli-Cypriot citizen, owner of Privat Bank, and junta governor of the city of Dnepropetrovsk, the Jew Kolomoisky is charged by Russia’s criminal court with masterminding the murders of civilians and employing banned methods of warfare.

Kolomoisky, who lives in Geneva, Switzerland, is the second richest man in Ukraine, worth $6 billion.

The charges were strengthened by the confession of Sergei Litvinov, a conscript of Kolomoisky’s Dnipro battalion, who admitted this past Wednesday that Kolomoisky paid him for murdering peaceful citizens.

“Litvinov testified that he killed women and children in Luhansk villages,” said the head of the Russian Investigative Committee, adding that Litvinov was “paid” by Kolomoisky for committing the murders. It’s a Holocaust in Kolomoisky style.

The Committee’s head, Vladimir Markin, also said that 2,500 residents of south-eastern Ukraine have been killed as a result of multiple launch systems attacks.

Kolomoisky’s militias are reported to be in possession of missile weaponry. 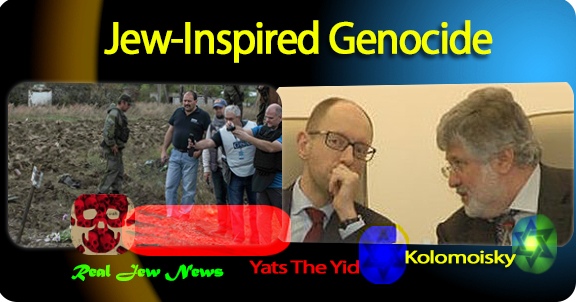 THREE MASS GRAVES have been confirmed by the Organization for Security and Cooperation in Europe (OSCE) in territory formerly controlled by Kievan government forces.

Some of the exhumed bodies show signs of torture and execution. (A fourth mass grave was found September 28, 2014.)

The 2,000 strong Dnipro Battalion, which was responsible for the May 1 fire-bombing of the trade union building in Odessa and the burning alive of people trapped inside the Mariupol Police Station on May 9, also maintains a 20,000-member reserve force. 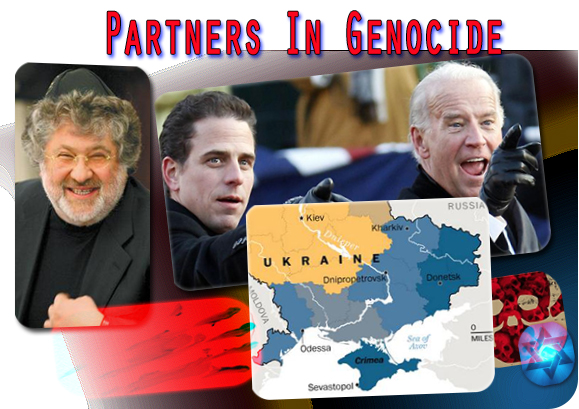 KOLOMOISKY’S PRIVAT BANK has been the largest beneficiary of what the IMF calls the Emergency Liquidity Assistance (ELA) loaned to the country’s banks.

Last May, Biden was named to the board of directors of Burisma Holdings Limited, a private company that drills for gas in Ukraine.

Enter the Jew Kolomoisky…rightly known as the “chameleon.”

Burisma Holdings, registered in Cyprus, is owned by Kolomoisky. (Cyprus is one of the three countries where Kolomoisky holds citizenship.)

The money-connection between Kolomoisky and Biden (Kiev and Jewmerica) is obvious.

Oil fracking in shale-rich Eastern Ukraine has been a key objective of the Kiev military campaign…and fracking’s the business Burisma is in. Just this past July, Ukrainian troops began installing fracking equipment near Slavyansk.

The people of Slavyansk staged protests against its development due to the dangers of hydro-fracking which uses toxic chemicals that poison subsoil waters.

But with US Senate Bill 2277 directing USAID to guarantee loans for every phase of gas development in Ukraine, the murderer Kolomoisky has the full support of Jewmerica…with Hunter Biden’s daddy pitching in.

It’s a Jew’s world after all. And that’s why the world is in the mess it’s in.

For More See: Jews And Their Lies On Ukraine Click Here

And: How The IMF Will Loot Ukraine Click Here