What Obama Should Have Told West Point 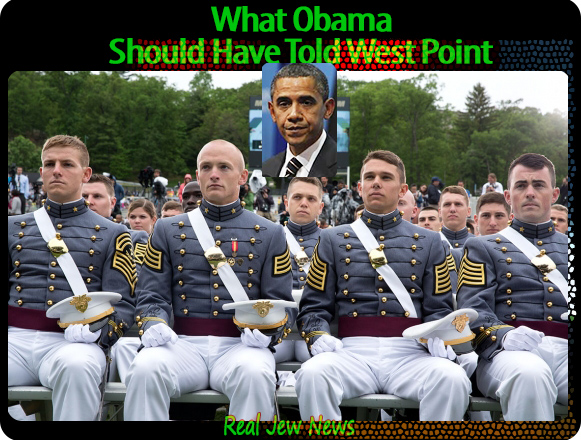 What Obama
Should Have Told West Point 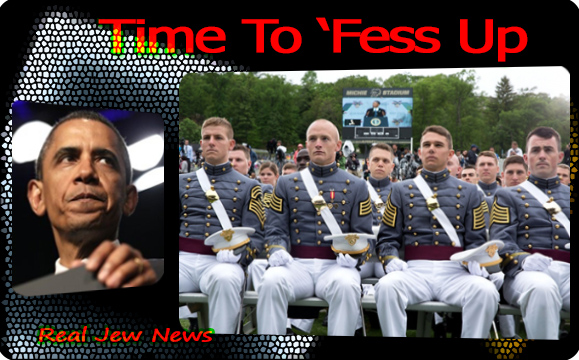 THANK YOU! THANK YOU! … As your commander in chief, I thank you for this opportunity to speak to you on this special day!


A while back in 1956 our military began training Vietnamese soldiers.

It was supposed to be a limited engagement but because we didn’t heed Eisenhower’s warning about building a monstrous military-industrial complex we became embroiled in what ended up being a humiliating defeat. It seems to be a trend.

The military-industrial complex is here to stay and let me say this at this time, we’ve added a ’security’ dimension to this monster. We now have Homeland Security and a militarized police scenario in every city.

It’s time to ‘fess up. I ran my presidential campaign on an ‘anti-war’ platform. But as the saying goes, “stuff happens,” or should I say, “Jews happen.” (Rustling, gestures of shock throughout the auditorium.)

Why should this bother you? Not a single one of you is a Jew. 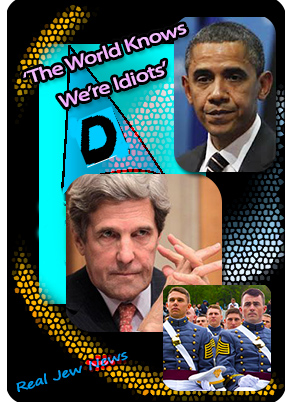 Yet, in spite of their limited involvement in actual fighting, Jews run our foreign policy.

The Jewish Lobby and the entire US State Department, ridden with Jews, has a built-in rigging mechanism to stymie any evenhanded approach to the Palestinian issue.

Then at the last minute it all fell apart—no surprise there—even after giving Netanyahu the lion’s share of the deal and Abbas making compromise after compromise.

But Netanyahu wouldn’t budge until he had complete control over the territories. What kind of peace deal is this? It was doomed from the start but Kerry was too stupid to grasp it.

That’s why he takes orders from neocon Jew Victoria Nuland and her crowd of Jewish neocons led by her Jewish husband, Robert Kagan. He simply can’t grasp things for himself. Russia knows it’s dealing with a dunce. The whole world, including Germany, is laughing at us. Our allies know that we’re a bunch of amateurs.

It all started when I gave my Cairo speech back in 2009 promising a more even-handed policy toward the Arabs rather than giving Israel lots of money. Well, after that speech the Jews were all over me and started calling me a “modern Pharaoh.”

I was fresh into my presidency and I really wanted to see some positive changes in the Middle East. Then the Jews came on like gang busters.

“Me?” I said to myself, “a modern Pharaoh?”…”a tyrant making slaves of the Jews to the Arabs?” That’s what they meant. What nerve these people have! Well, it was all downhill from there on in.

I decided not to give up. Jews can be very pushy you know. 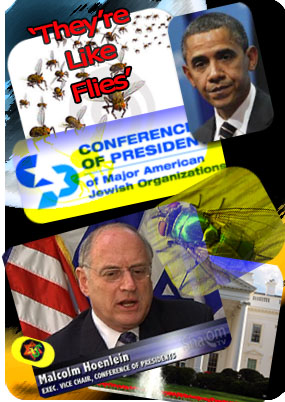 I then called for a total freeze on the illegal Israeli settlements until a peace agreement could be worked out.

Soon after, the entire Jewish Lobby—from AIPAC on down, even, I think, that Jewish hag Barbara Boxer was there, I can’t remember…I mean, they’re like flies—yeah, they beat down the White House door demanding a talk.

And sure enough they read me the riot report. They even threatened me. That part wasn’t reported by the Jewish-owned main stream media. They work together as a unit.

I caught their drift.

So, I caved…I mean, I told my staff that a “freeze” was a bad idea.

What else could I do? It was my first term, just beginning it, and sure, I admit it, how could I be re-elected unless I played ball with the Jews?

What I’m getting at is this, you know, this country is owned by the Jews and they are warmongers. They seem to thrive on war. And they send us off to do their killing.

Thousands of young American soldiers are either in coffins, maimed, or mentally troubled, while the Jews play armchair-general in their cushy offices and homes.

Thus, starting tomorrow, I’m going to sign an Executive Order barring US military interference in countries abroad where their affairs are none of our business. (Applause!)

Look what happened in Ukraine. Nuland handed out cookies in Kiev and we ended up handing Crimea to Putin.

That’s what happens when Jews run a country. But from now on we’ll have one policy:

A policy for Americans, by Americans, with Americans! (Shouts! Cheering! Applause!)