The Onslaught Of Jewish Organizations

The Onslaught Of
Jewish Organizations 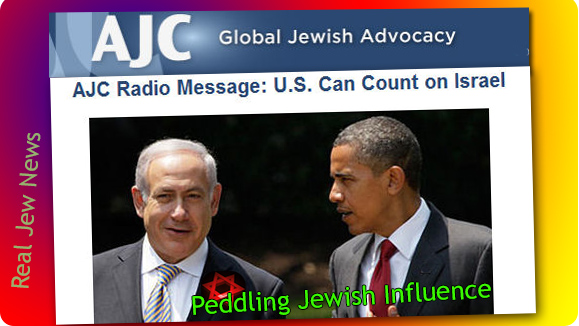 A HIGHLY ORGANIZED racial entity has foisted its agenda on both the political and cultural life of Amerika.


There are now over 600 Jewish organizations in Amerika whose influence via billions of dollars has turned the former Republic into a Jewish oligarchy ruling over some 300 million Gentile Amerikans.

To name only a few out of the hundreds of Jewry’s influence-peddling organizations in Amerika we have:

Money, BIG MONEY, is what these Jewish organizations are all about.

Case in point: Last winter, the head of the American Jewish Congress, Jack Rosen, hosted a fund raiser for Obama, at his posh home in Manhattan’s Upper East Side.

With huge donations forthcoming from his back pocket, Rosen reminded Obama with these words to the Jewish fat cats in attendance: “America has never been as supportive to the state of Israel than since Obama took office.” 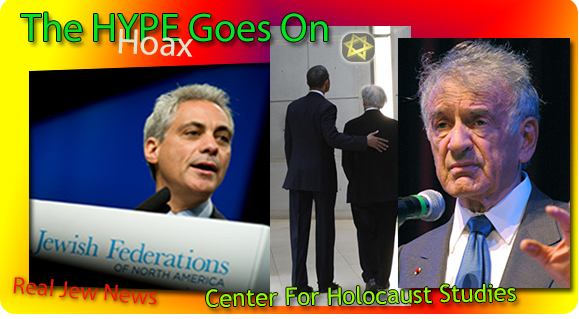 A GLANCE AT THE “MISSIONS” of some of these organizations evince both their political and cultural agendas foisted upon Amerikan life as well as the extent of their activities.

The American Council for World Jewry proclaims that its mission is to be an “effective voice for Jewish concerns engaging the highest levels of government.”

The Conference of Presidents of Major Jewish Organizations boasts that for 50 years it has “played a key role in American history through mass public events and private diplomacy.”

(Yes, you read it right, “private diplomacy,” which would mean bribery, blackmail, and special favors offered.)

The Center for Advanced Holocaust Studies promotes itself as “providing programs to meet the increasing demand for Holocaust-related courses at colleges and universities.”

(The “demand” is a Jew-created mandate tagged with Jewish financial endowments.)

The American Jewish Committee, which brought us the Open Immigration Law of 1965, boldly proclaims that it is a “strong voice in support of generous treatment of immigrants in pursuit of the Jewish Tradition that welcomes the strangers.”

(And thus we all now suffer the Jewish-enabled multicultural nightmare in Jewmerika.) 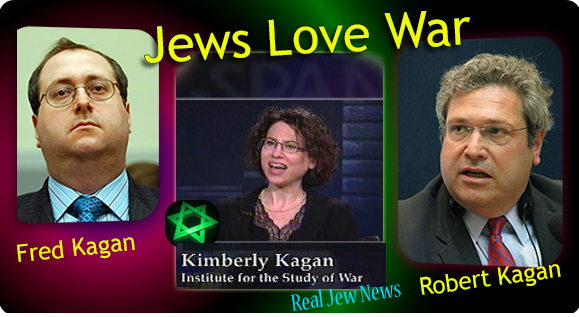 STOKING THE FLAMES of Jewish war fever where only the Goyim die young is the Institute for the Study of War whose ‘president’ is the Jew, Kimberly Kagan.

Now let’s connect the dots to see the Jewish network in criminal action:

• Kimberly Kagan is married to the Jew, Frederick Kagan — a leader of the neocon American Enterprise Institute and co-editor of William Kristol’s Jewish neocon propaganda paper, The Weekly Standard.

• Frederick Kagan is the brother of Robert Kagan — the director of the Jewish neocon Lobby, the Foreign Policy Initiative.

• Robert Kagan is married to the Jew, Victoria Nuland, (born, Nudelman), who is the spokesperson for the US Department of State, a Jew-infested … Jew-infiltrated … Jew-influenced … Jew-First … bureaucracy. 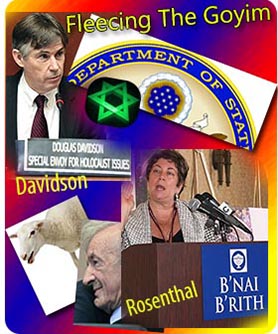 It’s clear as day: Jewry is an interconnected network that worms itself into, (as the mission statement of the American Council for World Jewry states), the “highest levels of government.”

In viewing the senior officials of the US State Department, there are two specifically “Jewish” Departments:

Davidson participated in the US-led Nato bombing of Serbian Orthodox Christian civilians in 1999. And Hannah Rosenthal’s qualifying ‘credentials’ is that her father was a “holocaust survivor.”

WHAT THE ‘HOLOCAUST’ and “anti-Semitism” have to do with US foreign policy is any Gentile’s guess! But for those who are Jew-wise it has EVERYTHING to do with how Amerika relates to the world in crass deception.

You see EVERY Jew has a relative that is a “holocaust survivor.” The Goyim have just got to take their word for it and never dare ask for proof.

And whatever lie can be concocted to serve as what’s good for the Jews — even cold-blooded murder of innocent civilians — becomes Amerika’s foreign policy.

Far from what our Founding Fathers envisioned, Amerika is now Jew-occupied territory.

And: Obama’s Second Term…’Good For The Jews’ Click Here