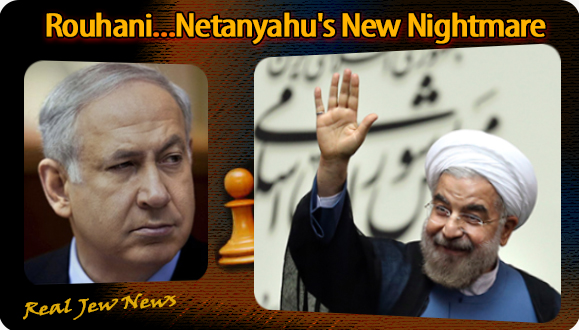 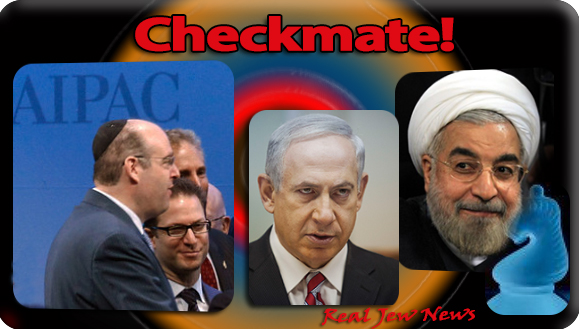 A NIGHTMARE IN THE MAKING for Netanyahu and warmongering Jews on Capitol Hill is emerging with Iran’s new government and its latest diplomatic coup.


It all began with the election of Hassan Rouhani as Iran’s new president last summer followed by his OpEd in the Washington Post last week.

In a blow to Israel and the Jewish Lobby in America, Rouhani opined, “In a climate where foreign policy is a direct function of domestic politics, it’s counter-intuitive to pursue one’s interests without considering the interests of others.”

Of course, it’s been Jewry’s interests alone that America has pursued over the years resulting in chaos and bloodshed across the globe.

“But, it’s time,” the Iranian president urges, “that we end the unhealthy rivalries and interferences that fuel violence and drive us apart. It’s important that countries in the region draw closer. But with its warmongering policies, Israel has brought instability.”

Rouhani then goes for the jugular with, “The unilateral approach which glorifies brute force and breeds violence is incapable of solving the issues we all face.”

And what are the issues?

Rouhani cites them as: “Foreign military interference, terrorism, and cultural encroachment”…all fueled by Jewish interests that drive US foreign policy. 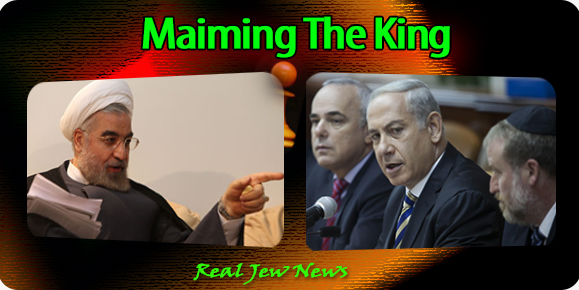 HOT ON THE HEELS of Putin’s masterstroke preventing a US strike on Syria, Rouhani is checkmating Israel’s agenda in the Middle East whereby the king is maimed.

Foiling Jewry’s efforts to create a global consensus against Iran via accusations of its ’support for terrorism’ and ‘building nuclear weapons’…and with paralyzing sanctions aimed at domestic collapse followed by a US military attack…Rouhani has struck down Jewry’s propaganda facade by calling for “wisdom and moderation.”

Whereas Jewish propaganda divides the world into wolves and sheep (”Rouhani is a wolf in sheep’s clothing,” vomits out Netanyahu) Rouhani is showing the world that Israel is the “wolf” biting the sheep of neighboring countries, and that the Jewish Lobby in America—like a wolf after its prey—has devoured its foreign policy.

Rouhani’s strategy is to treat America like the sovereign country that it is, and deal directly with its government, ignoring Israel and the domineering Jewish Lobby.

And the Jews are hopping mad about it with Netanyahu throwing tantrums.

But by undermining Jewry’s trajectory by providing a way out of chaos and endless wars that only serve Jewish interests, Rouhani—(like Putin)—is providing the world with a fresh approach to pressing issues. 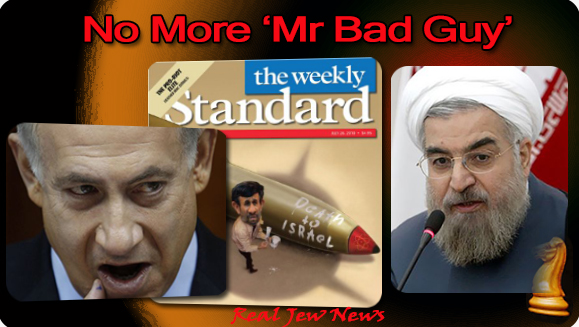 JEWRY’S PROPAGANDA ASSET…‘Holocaust-denying’ Ahmadinejad…is gone and Israel is left with a new Iranian leader whose charm has disarmed a Jew-weary world.

Rouhani has already signaled that the ‘holocaust’ will be a non-issue during his office in terms of diplomacy both nationally and regionally.

When asked in a NBC interview about Ahmadinejad questioning the Holocaust, Rouhani skirted the issue, subtly hinting at Israel’s villainy: “I’m not a historian. I’m a politician. What’s important is that we are able to prevent aggression and injustice in the region.”

Then when asked to respond to Netanyahu calling him a “wolf in sheep’s clothing,” Rouhani matter-of-factly described Israel as an “occupier and usurper government” that “does injustice to the people of the region.”

Clearly, Iran’s new leader—educated in the West who can speak fluent English, German, Russian, French, and Arabic, complete with a wealth of international experience—has finally put the Jews on the defensive…a feat heretofore not seen in Middle East diplomacy. 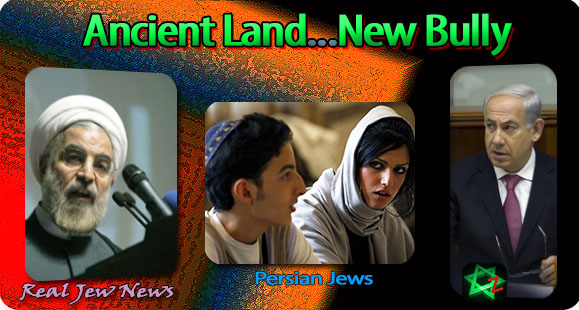 TURNING THE TABLES on Jewry in its own media game, Rouhani is bringing the sole Jewish member of the Iranian parliament to New York for the UN meeting this week.

With the largest Jewish population in the Middle East after Israel, Persian Jewry has existed in Iran since Biblical times and has resisted efforts by Jewish charities to ‘bribe’ them with large monetary rewards to resettle in Israel.

Events up to and including WWII in Europe largely bypassed Iran. As a consequence, the patriotic, nationalistic Iranian Jews remained untainted from pre-war Zionist partisanship and a ‘holocaust’ consciousness and creed. 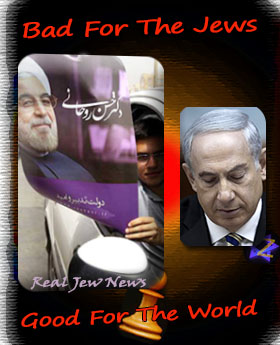 “Our identity as Iranian Jews is not for sale for any amount of money,” the Society of Iranian Jews stated. “Political enticements will not succeed in wiping out our ancient identity.”

And now, by bringing Jewish parliamentarian Siamak Moreh Sedgh to the UN, Rouhani is revamping his country’s image after eight testy years under Ahmadinejad, whose ‘holocaust denial’ provided the fodder for Jewish attacks on Iran.

Affirming the loyalty of Iranian Jews, Tehran’s foreign minister stated, “We were never against Jews but we don’t allow the Zionists to paint Iran as an anti-Semitic country so they can cover up their crimes against the Palestinian and Lebanese people.”

THE HEAT IS TURNING UP on Israhell. No wonder Netanyahu is going ballistic!

Until proven otherwise, Rouhani, and therefore the spokesman for the Supreme Leader and the Guidance Council, has vowed that Iran will not develop nuclear weapons.

And this presents a real problem for Jewry which seeks hegemony in the region.

Will America get the message?…That what’s bad for the Jews is good for everyone else!

And: Putin Trips Up AIPAC On Syria Click Here