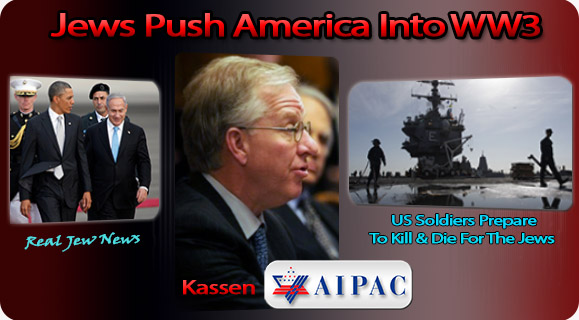 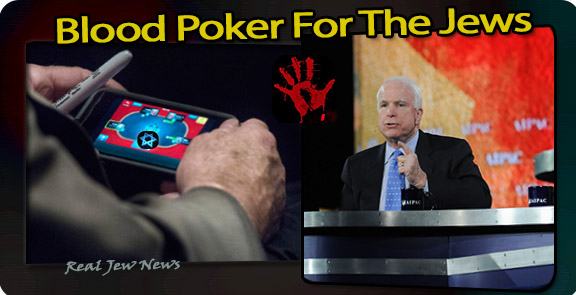 WHILE McCAIN PLAYED POKER during Senate Hearings planning a US strike on Syria, the Assad government warned that an assault on its country would “not be easy.”

Syria’s deputy Foreign Minister added, “We have taken every measure to retaliate against an aggression. Syria will not change its position even if there is World War 3.”

Along with anti-ship Yakhont missiles and Iskandar high-precision missiles, many Syrian Air Force pilots are preparing suicide kamikaze bomber units to attack the US Navy ships stationed in the eastern Mediterranean poised to strike the Arab country. 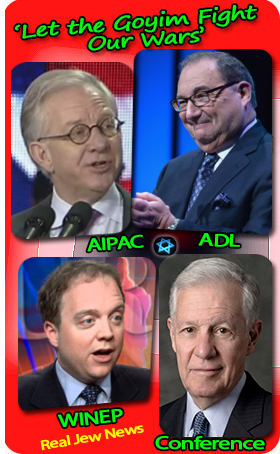 But regardless of the repercussions for American lives and interests, the Jewish Lobby that pulls the strings of its puppets on Capitol Hill will have its way: A US War on Syria leading to WW3 that’s “good for the Jews” but bad for everyone else looks like a done deal.

The Conference of Presidents of Major American Jewish Organizations echoes the cry for carnage with, “Those with weapons of mass destruction must see that there is accountability.” (Where have we heard this before?)

THE JEWISH LOBBY’S PUSH to attack Syria is to create the precedent for a much larger attack on Iran. AIPAC admits as much in its own carefully worded statement of support for the Syria attack.

Both Hafez and Bashar Assad scrupulously kept the peace with Israel since 1973 but AIPAC owns this issue, it owns DC. This is their war. And their war they will get…even if Gentile US soldiers have to die.

American Jewry will get authorization for war against Syria…but, when the time comes, the Jew-enabled Syria push will look like nothing. Syria is just a tactic for AIPAC’s political strategy. It’s #1 goal, no less from the vantage point of Capitol Hill, is war with Iran.

And, of course, the Jew-bought Congress will all fall into line or their campaign funds and Jewish-owned main-stream-media support will hit the trash can in the next election.

Yet, to this day, ‘evidence’ that Assad used gas on his ‘own people’ (even if he did it was on JewSA-sponsored imported terrorists) is based on lies from the chief War Criminal in the White House and remains both flimsy and unconvincing…where the meat of the ‘intelligence’ comes from the deceptive and war-waging (in their own words) Israeli Mossad. 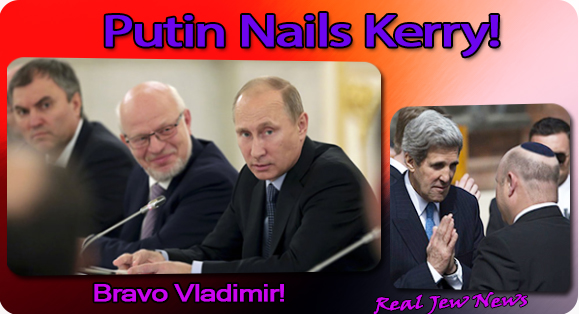 IN A SPEECH before his Human Rights Council on September 4, Russian president Vladimir Putin had some harsh (yet true) words to say about US State Department head John Kerry.

Citing a congressional debate where Kerry was asked about al Qaeda, Putin remarked that even though Kerry was well aware that the al Qaeda-linked Jabhat al-Nusra group was fighting with the ‘rebels,’ he denied that it was operating in Syria.

When Kerry was asked on September 3rd while testifying before the Senate Foreign Relations Committee if the Syrian opposition was infiltrated by al Qaeda, Kerry responded that it was “basically incorrect” and that the opposition had “increasingly become more defined by its moderation.”

Putin’s response? “This was very unpleasant and surprising for me. We talk to the Americans and assume they are decent people, but he’s lying and he knows he’s lying. This is sad.”

For sure, as Putin knows the truth about the Syria crisis, many of the Free Syrian Army ‘rebels’ have defected to the al-Nusra Front terrorists who are doing the main fighting.

And it’s the Syrian Christians, (who have already suffered at the hands of JewSA’s funded terrorists), who will be laid out for the slaughter if the Jews get their ‘regime change’… a stipulation just added to the Senate Resolution on Syria.

But do Jews care about Christians? They crucified Christ and they will not scruple to crucify Christians in Syria so long as they get their ‘Greater Israel’ agenda accomplished.

A GEOPOLITICAL STRUGGLE is now in the making vis-a-vis the Jewish lie that’s pushing America into WW3 by first attacking Syria opening the door for a coordinated US-Israeli strike into Lebanon and then on to Iran.

It’s a struggle for oil and hegemony NOT a struggle for democracy. And the Jews will use the US military until the empire dies and Pax Judaica rises in its stead.

For besides executing the “Oded Yinon Master Plan” to fragment Syria into a mosaic of ethnic and sectarian groupings, Jewry has its greedy eyes on water-rich Lebanon and the oil-rich Golan Heights. 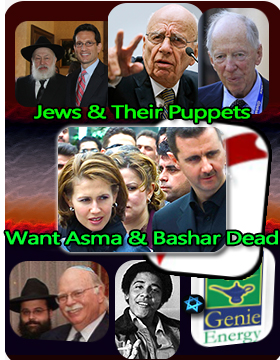 When the US strikes Syria, opportunistic Israel will use an orchestrated ‘Hezbollah attack on Israel’ as a pretext to expand its territory up to the Litani River as it did in 2006, grabbing Lebanon’s water resources and adding military strength to the US efforts to smash Assad.

With that river in mind, it was in the 1930s that Ben-Gurion conceived of boundaries for the fledgling state of Israel extending from the Litani River in Lebanon across the Syrian Desert through Jordan and south into the Sinai Peninsula.

With Syria incapacitated by a US strike on its infrastructure, (as in Libya), Tel Aviv will tighten its grip on the Syrian Golan Heights which Israel has occupied for decades…voila!…Enter International Jewry.

And the US Military will do Jewry’s dirty work for them. Jews don’t send their own to die in their wars.

While McCain plays poker with the lives of US soldiers…it’s the Jews who hold the cards.

Congress will fold and the US military will dive headlong into WW3 whose carnage will be ‘good for the Jews’ but bad for everyone else.


Thank You Servants Of Jesus Christ