Feinstein’s The Traitor NOT Snowden 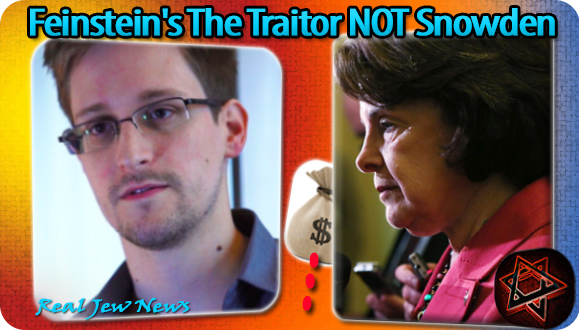 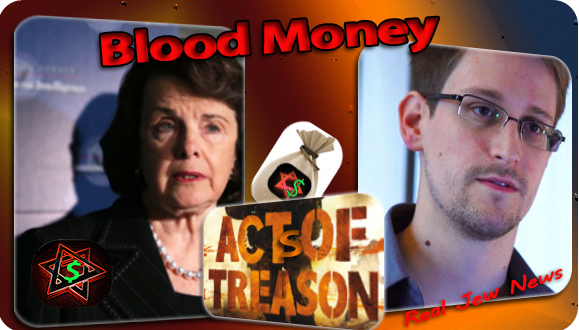 “He violated the oath. It’s treason!” said Dianne Feinstein with regard to Edward Snowden upon his revealing how the US Stasi State spies on its citizens.


“I don’t look at this as being a whistleblower, I think it’s an act of treason,” the Jewish chairwoman of the Senate Intelligence Committee told reporters in early June 2013.

BUT the REAL traitor is Feinstein herself who has perpetrated COUNTLESS acts of treachery against the Christian taxpayers of America. 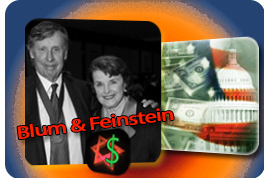 While mayor of San Francisco, Feinstein married Jewish financier Richard Blum in 1980. Those who knew them called theirs “a marriage of the public and private sectors.”

And that “marriage” brought to Blum and his Jewish friends many handsome profits garnered from various and sundry public projects sent their way by Feinstein.

Upon her entering the Senate in 1992, (along with Jew Barbara Boxer…Jew money brings Jews into high places), Feinstein’s financial portfolio ‘bloomed’ at rapid speed along with her husband’s diversified investments providing for enormous mutual wealth.

As Chair of the Military Construction and Appropriations Subcommittee 2001-2005, Feinstein steered many contracts to companies controlled by her Jew husband Blum via his investment firm, “Blum Capital Partners,” which profited handsomely.

Under Feinstein’s leadership, military construction contracts worth $1.5 billion were funneled to “URS Group Inc,” a San Francisco-based engineering services firm, and “Tutor Perini,” both substantially owned by Blum, earning the couple in excess of $5m. 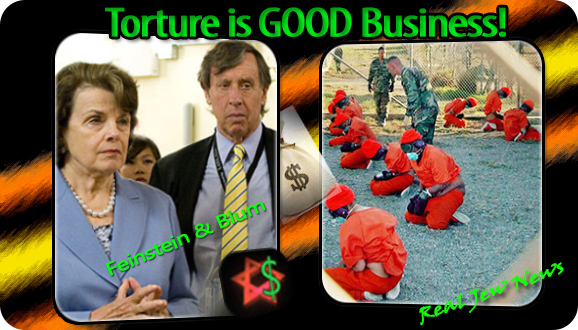 GITMO & THE IRAQ/AFGHAN WARS brought millions of dollars into the criminal pockets of Jewish shysters Feinstein and Blum.

• Throughout 2001-2005, Feinstein awarded in excess of $25 million to Blum’s “URS” and “CB Ellis Real Estate” to refurbish closed military bases including McClellan Air Force Base near Sacramento. Feinstein frequently added tens of millions of dollars to the project.

• In March 2003, Feinstein awarded a multi-million dollar military contract to her husband’s “Perini Company” for the design and construction of facilities for the Washington sponsored ‘Afghan National Army’ located near Kabul. 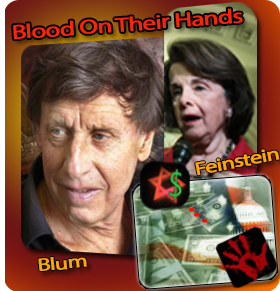 • In 2004, Feinstein awarded her husband’s “URS” $28 million worth of military contracts to oversee repairs to Iraq’s communications systems.

• On October 13 2005, Feinstein awarded her husband’s “Perini Company” a $185 million contract to reinforce the roofs of US Army barracks in Iraq.

• In 2009, Feinstein introduced legislation to provide $25 billion to the FDIC after it gave Blum’s “CBRE Real Estate Company” a contract to sell foreclosed properties at far higher rates than normal market price.

• In the summer of 2012, Blum’s “CBRE Group” was awarded the exclusive contract to broker the sales of properties owned by the US Postal Service.

AND while pretending to be against Jewmerica’s torture chamber at Guantanamo Bay, Feinstein reaped a harvest of “blood money” owing to her husband’s joint-ownership of Astar Air Cargo which holds a defense contract to service the military prison at Gitmo.

Did Snowden bilk millions of dollars from Christian tax-payers?

Is Snowden’s purse DRIPPING with the BLOOD of US soldiers and innocents abroad?

No…Feinstein’s The Traitor NOT Snowden!

While Jewry hails Feinstein as a “hero” and Snowden as a “traitor,” history will see the two trading places when truth finally prevails over Jewish lies, corruption, and treachery.