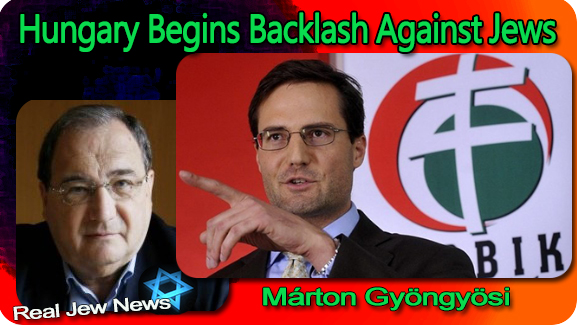 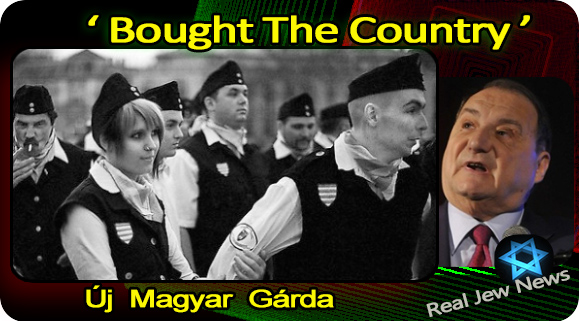 “JEWS HAVE BOUGHT OUR COUNTRY!” is the chief rallying cry of the Nationalist “Jobbik” Party of Hungary.


As Hungary’s third-largest party holding 44 of 386 seats in parliament, Jobbik—Movement for a Better Hungary—describes itself as a “patriotic Christian party whose purpose is the protection of Hungarian values and interests.”

Closely allied with Jobbik is the “Magyar Garda” or Hungarian Guard, a growing militia and paramilitary group dedicated to “rescuing” and “arming” Hungarians in order to “challenge” the state’s monopoly of force.

With Christian rhetoric such as, “Jews have desecrated our national symbols,” Jobbik captured the attention of Abe Foxman of the Anti-Defamation League who calls the group an “openly anti-Semitic and racist party.”

Outraged by the strong showing in the 2010 Hungarian parliamentary elections in which 1 in 6 Hungarian voters cast their ballots for Jobbik, Foxman described voter enthusiasm as a “vote for hate.”

And alluding to the never-ending ‘Holocaust’ hokum, Foxman said, “The Jobbik party’s appeals to racism, xenophobia and anti-Semitism have their antecedents in modern European history and no one wants to see that history repeated in Hungary.” 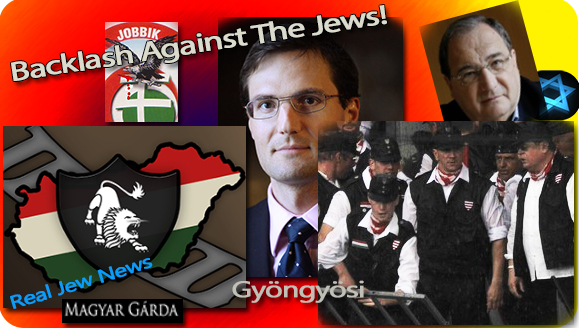 DESPITE FOXMAN’S CENSURE, Jobbik—”The Movement for a Better Hungary”—is one of the most powerful political forces in Hungary.

Stirring patriotic fervor throughout Hungary last week, Marton Gyongyosi, a leading MP of Jobbik, called for a list to be drawn up of Jewish politicians and government members who pose a “threat to national security.” 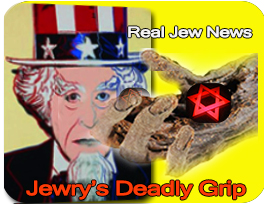 Although provoking outrage among Hungary’s 80,000-strong Jewish community and liberal politicians, Gyongyosi justified his demand saying that it was due to increased tensions following Israel’s latest assault on Gaza.

Regarding Jobbik’s charge of Jews “desecrating national symbols” … one wonders if perhaps the same charge (and backlash) can be made against the Jews in America?

FOR AFTER ALL, American Jewry wages unrelenting war against Christian symbols in the public square, education, and in the general culture.

Hungary has indeed launched an impending global backlash against the Jews.

Still, the nation upon which Jewry holds a deadly grip—America—must lead the way if we are ever to see the end of Jewish devastation and rule.

And: How The Jews Mock Jesus Christ Click Here