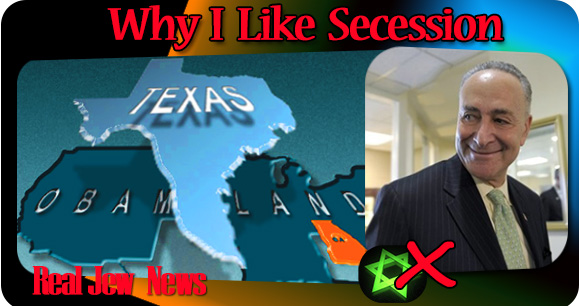 WHY I LIKE SECESSION
By Brother Nathanael Kapner, Copyright 2012 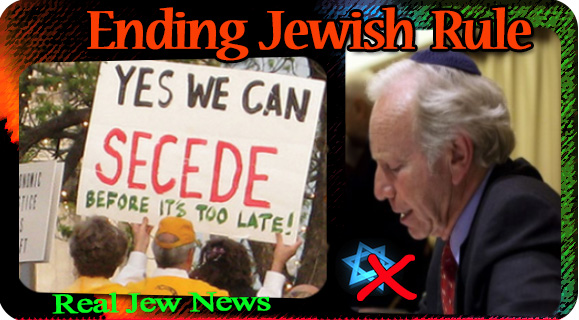 MILLIONS NOW CALLING FOR SECESSION are fearful that the formerly ‘United’ States of Amerika is about to crash and burn.


As of November 14, 2012, citizens from all 50 states have filed petitions on the White House Website (“We the People”) to secede from the union.

Texas leads the movement in the secession race with 101,328 online signatures, followed by Georgia with 42,000 signatures and Louisiana with 32,000.

The most popular petition issues (still unanswered by Obama) are the following:


Each and every item above that millions of Americans want negated have ALL been installed (including Glass-Steagal) by American Jewry except the Constitution.

Jewry’s shredding of the Constitution begins with its endless and evil instigation and succession of utterly Unconstitutional wars across the globe, criminalizing free speech, passing hate speech laws, and curtailment of the right of Free assembly…which often ends with the herding of demonstrators into so-called ‘free speech zones’…always well away from the protestor’s targets. 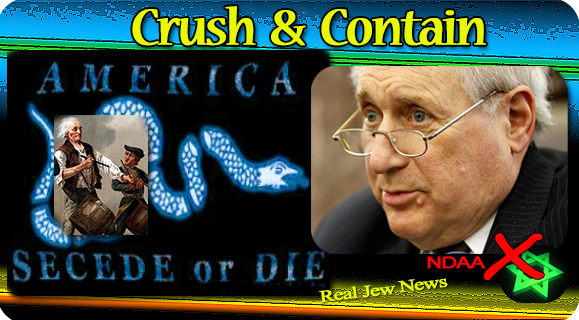 “THE SMALL NATION MANIFESTO” calls for a small-state world achieved through secession that would purportedly resolve all problems of those “arising from the abuse of power.”

Part of the work of a self-determination/secession movement known as the Second Vermont Republic is that the Manifesto’s end result would theoretically eliminate the tyranny and oppression of the main power bloc in Amerika - International Jewish Zionism.

Here’s how the Manifesto NAILS the shadow of ceaseless Jewish tyranny over our lives: 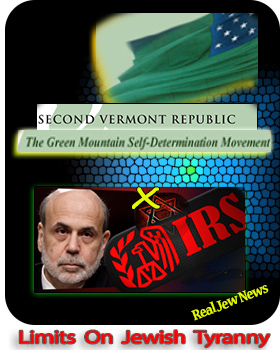 “We have become pawns of a global system of dominance in which MegaStates control us through money, markets, and media, sapping our political will, civil liberties, collective memory, traditional cultures, and political independence.” View Entire Story Here.

INTERNATIONAL AND AMERICAN JEWRY has a total lock on our money system via savage political bribery and blackmail, and the wicked, pernicious control of all the chokepoints of globalization, and the media.

For by narrowing the field of financial and political trade - and media power – via secession, limits on Jewish tyranny could become both manageable and containable.

In the Libertarian book, “Human Scale,” author Kirkpatrick Sale argues against the “one-size fits all” paradigm inherent in Federal tyranny.

OPPOSING THE COERCION of big government with its laws and institutions, the author advocates a “small is better” ideal in which “local” people decide and implement those things they actually understand and can effectively monitor.

Regulating and controlling aggressive and suffocating Jewish control would, in fact, be the ultimate HALLMARK of the secession from our Jewish-run Federal government.

This - for more than ANY other reason - is why I LIKE the idea of state SECESSION.