Obama’s Second Term…’Good For The Jews’ 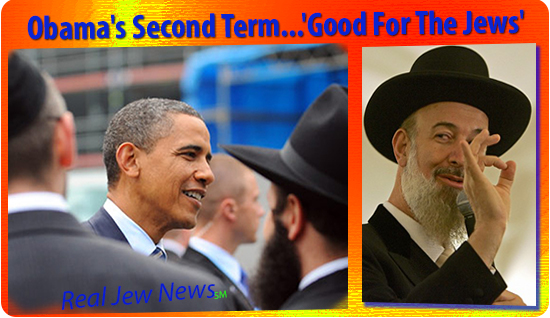 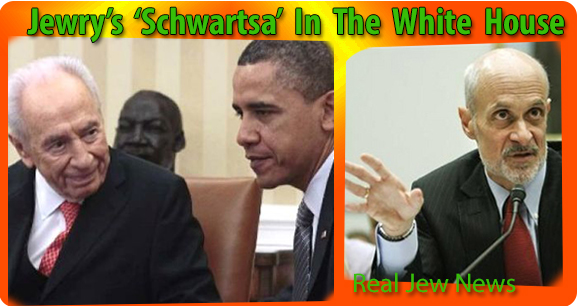 AMERICA AS WE ONCE KNEW IT will never be the same.


A great transformation was initiated during Barack Hussein Obama’s first presidential term which ushered in the final stage of the Jewification of Amerika.

Already, Obama has announced a “visit to Israel” during his second term in order to “assure” the Jewish Lobby (Amerika’s single political party) that he’s a “friend of Israel.”

Evidence of Jewry’s single party system in Amerika is personified by the Jewish hate-monger, Jeffrey S Wiesenfeld, who reportedly believes the Palestinians are “sub-humans.” 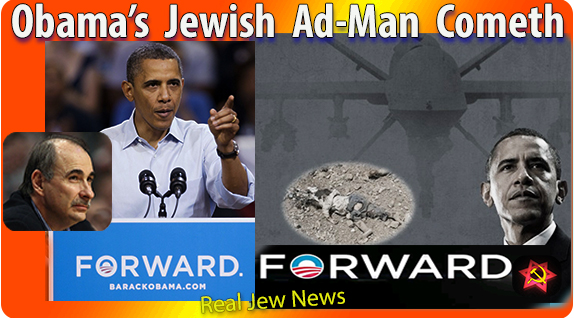 Wiesenfeld is among the many Jews to applaud Obama’s upcoming visit to Israel: “The Jewish community is pleased when US presidents visit Israel.”

But would the Jewish community be “pleased” if Obama visited Syria to promote diplomatic restraint instead of Amerika’s threat of ‘humanitarian’ military bombing?

Would Jewry be “pleased” if Obama visited Iran to peacefully diffuse the Jewish hysteria regarding that country’s nuclear energy program?

No. The Jew-owned press would launch a vicious media assault on Obama which would include putting up his Kenyan Birth Certificate on 60 Minutes and having Barbara Walters interview Larry Sinclair on The View retelling his homosexual liaison with Barack Obama in 1999.

Fact is, if a President’s policies are NOT ‘good for the Jews” his career is over. (Jewry labels Jimmy Carter an “anti-Semite” for saying the same.)

That’s why Obama’s upcoming second term will be disastrous for Amerika but well-pleasing to the Jews.

HERE’S A LIST of what to expect during Obama’s Jewish-controlled second term:

Blanket amnesty for illegals is ‘good for the Jews’ because Jewry relishes a fragmented society where a white Christian majority, (which Jewry fears), is diminished. For in a fractured society only one minority rises to the top - American Jewry.

Obama will likely surrender Amerika’s sovereignty to global bodies such as the Jewish-controlled UN. Treaties such as Agenda 21 and the Arms Trade Treaty will place private property and privately-held firearms under the UN’s control.

Global governance is ‘good for the Jews’ because Jewry fears valid patriotic sentiments that in essence views the Jews as an alien, parasitic entity living off the labor of its host nations.

Obama will likely corroborate (he will have no choice) with the US military in another 9/11 ‘false flag’ event. Thus, Obama will have the sheeple’s warrant to declare martial law and begin confiscating guns, pistols, and rifles.

Martial law is ‘good for the Jews’ because the US military protects the race that cuts their paychecks at the Jewish-owned Federal Reserve Bank and the race that grants them special perks and post-military careers at Armament Corporations on whose boards wealthy Jews sit.

Obama will likely expand his recently signed “Federal Restricted Buildings and Grounds Improvement Act” which makes free speech a felony with up to 10 years in Federal prison.

The law criminalizes “protests” wherever a politician is accompanied by Secret Service agents. The next step will be Obama issuing an Executive Order citing “crimes against state security” as a federal offense.

Criminalizing dissent is “good for the Jews” because political dissent will inevitably (and rightly so) be targeted against American Jewry.

Obama will likely expand his Homosexual initiatives due to the huge campaign funding by wealthy Hollywood and New York Jewish sexual perverts. Obama is obligated to ‘return the favor.’

Homosexual agendas are ‘good for the Jews’ because this undermines a stable national society which Jewry can bring under global governance unopposed.

SAY GOODBYE to the America you once knew if you are over fifty years old.

But for those twenty five years old and under, video games and drugs are enough to muffle the mind while Jewry’s Shwartza in the White House continues the path BACKWARD of Amerika’s decline…

And: The Jews Behind Newsweek’s Gay Obama Cover Click Here