Your Bank & Government Are Not Safe 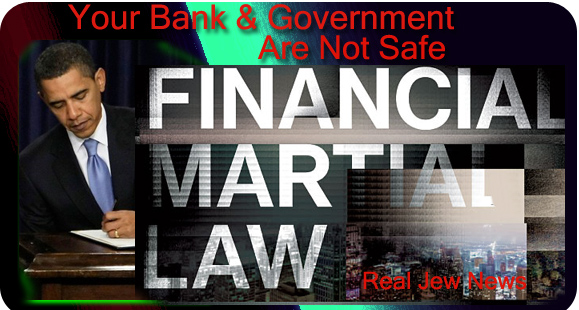 YOUR BANK & GOVERNMENT
ARE NOT SAFE 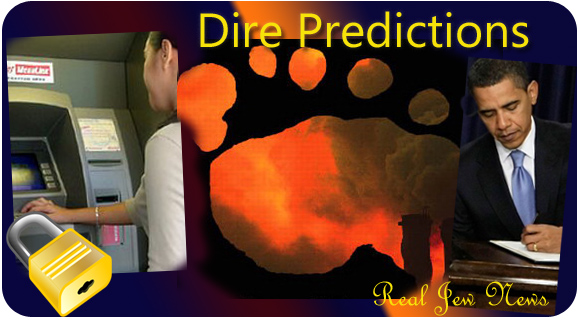 DO YOU TRUST YOUR BANK? Do you trust your government? These two questions underline the emerging crisis that every American will face this coming year.

Any bank, at will, can shut its doors for a “bank holiday” for any number of reasons, including “emergency bank closures” to avert a bank run.

Economic martial law would find a bank preventing full withdrawal of funds from accounts and other curtailments such as restrictions set on the times, the amounts, and the frequency of withdrawals. 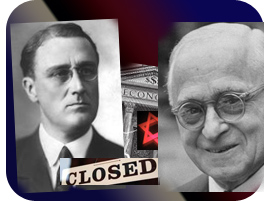 A harbinger of “financial martial law” by the federal government can be seen in state legislation just passed in Michigan which gives state-appointed emergency managers the authority to void union contracts, take over financially troubled towns and school districts, as well as remove elected officials.

Besides these measures, when Roosevelt (upon advisement by his Jewish cadre of enablers) signed the Emergency Banking Act in 1933 only four days after he called for a four-day mandatory shutdown of US banks, he made it illegal for a bank to do business during a national emergency without the approval of the President.

Along with the ability to close down the banks, the Act granted to the Jewish-owned Federal Reserve Bank tighter control of the investment practices of banks. 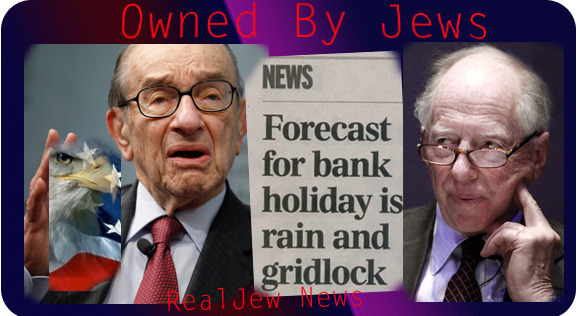 IT WAS CONGRESSMAN James Traficant Jr who warned, (they threw him in jail for this), that the Emergency Banking Act declared America “insolvent” and in “receivership” to international Jewish bankers.

Our checking and savings accounts are supposedly backed by the “full faith and credit” of this bankrupt and Jewish-banker-owned United States government.

The credit rating of this US “government” was recently downgraded from triple AAA by S&P to a “credit watch” rating.

If it wasn’t for the dollar being the world’s reserve currency and the Fed’s ability to print money at will, the rating of the USA would in reality be a CCC rating.

A CCC rating is defined by S&P as “vulnerable and dependent on favorable business conditions to meet financial commitments.” That’s scary.

For if our wealth in the form of dollars and “faith” in the government is dependent on a “favorable” business climate in America, where our industry has been shipped overseas by Wall Street Jews, then our checking and savings accounts are doomed. 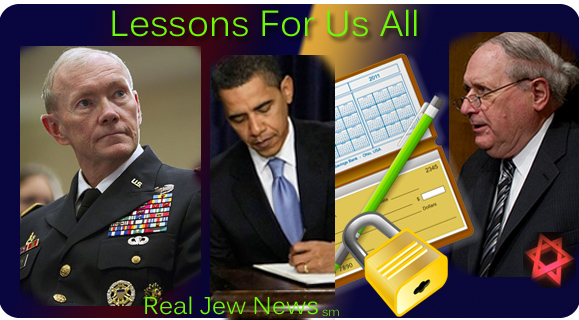 WITH THE SIGNING of the National Defense Authorization Act, whose sole sponsor was the Jew, Senator Carl Levin, head of the Senate Armed Services Committee, Obama arrogated to himself the right to use the military to suspend the US Constitution.

Thus, there is NO “government” left in America to have “faith” in but only an Oval Office demagogue who can call on the military at will (or vice versa) to shut down banks and confiscate holdings.

The robbery of the segregated accounts of MF Global should be a lesson for us all that the rule of law is over in America with both Jon Corzine and Jamie Dimon of JPMorgan Chase getting off scott free.

If then the credit rating of America is near default, its stated bankruptcy is in receivership to Jewish bankers, and a de jure non-existent government to have “faith” in is all that’s left, how can the US dollar be considered a store of wealth?

Various financial experts tell us that keeping a bare minimum in checking accounts and owning gold and silver will secure against the coming economic collapse of America.

ALL THAT GLITTERS is not the flash of a slick president or the prestige with which Jews robe themselves in their roles on Capitol Hill.

The “glimmer” that will last is owning precious metals while the “gloom” that will impoverish are the coming “bank holidays” and martial law. And yes, you have been warned…

And: Prepare For Martial Law (BroN On Video) Click Here