What Really Didn’t Happen At Dachau? 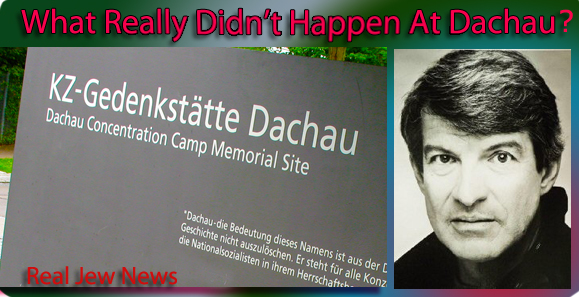 WHAT REALLY DIDN’T HAPPEN
AT DACHAU?

Joe Cortina’s Web Site, “My Name Is Joe Cortina,” is a showcase of crimes committed against humanity by the Judaic global elite. Here. 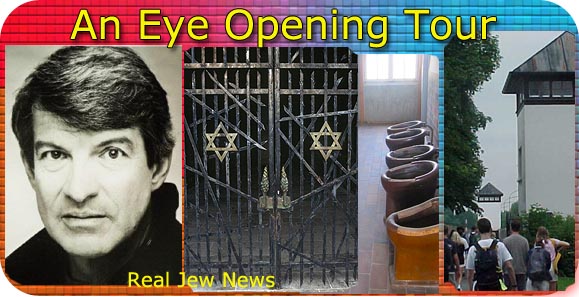 Br Nathanael: What did you discover regarding the Holocaust and your subsequent conclusion that much of the Jewish narrative is a hoax?

Joe Cortina: My story started nearly 25 years ago when I had purchased a large quantity of videotapes from a local movie rental store that was disposing of older inventory.

Among them were several historical documentaries, one of which was titled, “Nazi Concentration Camps,” which included Dachau. This was an old official US Signal Corps documentary which had sworn testimonies of US military officers of what supposedly occurred at Dachau.

Now fast forward for a moment to 1996 when I took an extensive tour of Europe that included Germany. While there I visited the site of the camp at Dachau just north of Munich.

Br Nathanael: What did you discover there? 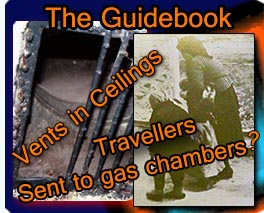 Joe Cortina: First of all, I bought a camp guidebook and participated in the official tour including a visit to the camp crematory.

Outside of the crematory I was startled to see a large information billboard that stated that ‘no inmate’ had ever been ‘gassed’ there.

The billboard also stated that the delousing rooms were to treat inmates for lice and that the two oven crematories - (as ALL of those in ALL other camps) - were used to burn dead bodies contaminated with highly communicable diseases, such as cholera and typhus, so as to prevent an epidemic. My Jewish camp guide affirmed the statements on the billboard.

Br Nathanael: Okay. You had an old official US Signal Corps documentary video showing Dachau and then you were actually there not long afterward in 1996?


Joe Cortina: Correct. By the way, some of the videotape’s footage was later reproduced in a popularized version.

When I returned home weeks later something clicked in my mind that disturbed me.

Somehow the ‘facts’ in the tape didn’t agree with what I was told by the Jewish camp guides. I located the tape and played it out to the Dachau Camp part and was shocked at what I discovered!

Br Nathanael: And what was that shock?

Joe Cortina: I discovered that the OFFICIAL video - done in 1945 - had been purposefully doctored to make its American viewers believe that countless thousands of live human beings had been murdered in Dachau gas chambers.

Are you telling me that an official US Signal Corps film was promoting the lie that Jews were being gassed and the gassed-bodies were disposed in ovens?

And that you personally were told that this never happened by the Jewish guides themselves?

And that there were huge billboards which supported those statements and that their official camp guides ALSO indicated these crimes were never committed at Dachau?

Joe Cortina: You understand it perfectly. Monstrous lies perpetrated by our OWN government designed to promote lasting hatred for the German people and Germany. BUT it gets worse — MUCH WORSE. 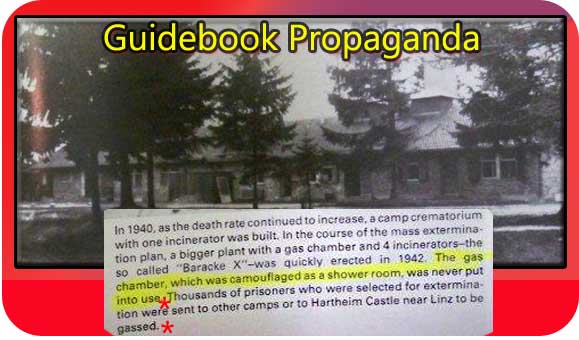 Br Nathanael: You say the Holocaust hoax perpetrated by the US military gets worse?


Joe Cortina: It sure does. Let’s take a look at one of the many sworn testimonies by our own US military men regarding the official videotape.

Army Lieutenant Colonel George C. Stevens for instance stated: “The accompanying narration attached to the motion pictures is a true statement of the facts and circumstances under which these authentic pictures were made.”

Several other officers made similar sworn statements. But ALL of these sworn statements contradict what I saw and heard with my own eyes and ears. That NO gassings took place at Dachau and that the picture in the camp guidebook affirms the same.

Br Nathanael: But Joe, that picture says that although there were no gassings at Dachau, the prisoners designated for extermination were sent to Hartheim Castle to be gassed.

Joe Cortina: If they weren’t gassed at Dachau why should we believe they were gassed anywhere else?

If the American High Command has prostituted itself into perjury, what other lies have our own government — in collusion with post-war German officialdom — told us to believe?

In other words, the real proof is what I saw and heard myself — that gassings of Jews never happened at Dachau.

Now ask yourself, where else is this Jewish fairy tale being perpetrated?

Br Nathanael: At what level of the US high command was the deception carried out?

Joe Cortina: Right to the very top. General Eisenhower himself!

Consider this additional sworn statement by the Nuremberg Chief Prosecutor, Robert A Jackson: “These films were made pursuant by an order issued by General Dwight D Eisenhower, Supreme Commander, Allied Expeditionary Forces.”

Look, the pictures in the official sworn video, ordered by Eisenhower himself, are portrayed as ‘evidence’ of gassings of Jews, which no court of law would ever admit if it were Gentiles that we wanted to prove were exterminated:

Clothes piled up; dummy showerheads; empty cans of Zyklon B (commonly used as a delousing agent); skeletons of human remains from the ovens (of course there were human remains — they had to burn dead bodies as hygienic procedure dictated); piles of shoes etc. This is evidence? 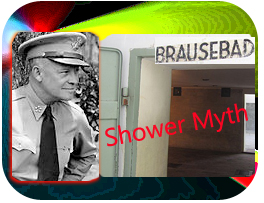 Br Nathanael: You say that Eisenhower ordered the film. But how does this make him complicit in the deception since he didn’t do any of the filming himself?

Joe Cortina: Eisenhower’s complicity doesn’t stop with his order to make a film of flimsy ‘evidence’ and documenting the unfounded testimonies of his underlings. His complicity reaches all the way to the US Congress and the Nuremberg trials themselves.

A Dachau ‘gas chamber’ is described in Document 47 of the 79th Congress, May 15, 1945 provided by a special Committee requested by Eisenhower relative to “Atrocities in Concentration Camps in Germany.” This document was entered into the Nuremberg trial proceedings as IMT Document L-159.

The three US officials who signed sworn affidavits attesting to the truth of Eisenhower’s document, rather than perjure themselves publicly, never showed up at the trials. Thus, they could not be cross-examined and found to be liars. 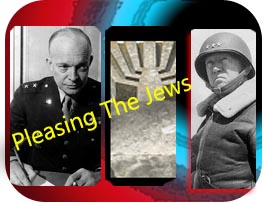 As for Eisenhower, it is common knowledge that he was involved in the murder of General Patton who censured his post-war murderous treatment of Germans. If Patton wasn’t eliminated, his persistent criticism of Eisenhower’s conduct during and after the war would have ruined his chances for the presidency.

It’s obvious to me that Eisenhower sponsored the Holocaust hoax in order to please the Jews who had the power to keep him out of the White House.

Br Nathanael: What do you consider the vital point of your discovery?

If I - an ordinary citizen - was able to uncover the monumental lies committed by our OWN government regarding the Holohoax at a time when we are facing WORLD WAR THREE whenever the Jewish neocons who STILL run the show decide to set it off, just HOW MANY MORE HUGE LIES - FALSE FLAGS - SUBVERSION OF TRUTHS - are now being prepared that we don’t even know about yet?

The Jews who run the Western world’s mainstream media have not only stolen our minds - our freedoms - our Christian heritage - but have stolen history and the present from us as well.