Joe Cortina’s Web Site, “My Name Is Joe Cortina,” is a showcase of crimes committed against humanity by the Zionist global elite. Here.

Br Nathanael: Is there a parallel between Germany’s Weimar Republic and America today?

Joe Cortina: Yes. The similarities of the situation are a warning direct from the wisdom of philosopher George Santana, “Those who forget history are doomed to repeat it.”

Br Nathanael: Let’s look at that history. Americans are hard pressed today. Was there anything like this among the Germans prior to the coming of the Third Reich in 1933?

Joe Cortina: The Germans of the Weimar period were in a horrible situation: out of work - declining purchasing power of their currency - starved - humiliated - robbed of land and dominated by Jews to much the same extent as we now see in America.

The Germans of that period were virtually all Christians with strong family values and a Christian work ethic.

This is the case in America. However, with the media occupied by Jews - the courts controlled by Jews - and finance under the reign of Jews - all Christian expression is either stifled or ridiculed, and all opportunities for an expression of a White Christian work ethic has been shipped overseas by Jewish investment bankers. 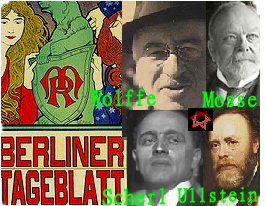 Br Nathanael: Let’s start with the media. Any parallels between Weimar and America today?

The two largest German newspapers before 1933 were in Jewish hands: Leopold Ullstein - August Scherl - Rudolf Mosse. These Jews had a virtual monopoly on the German press.

Their chief publication was the Berliner Tageblatt which for many years was looked upon abroad as representative of German public opinion.

The editor of this paper was Theodor Wolff, a Jew, who also took a prominent part in politics. All editorials, all policy, all thought was totally under Jewish control - America’s sad state today.

Br Nathanael: How about parallels in employment?

Joe Cortina: There were no ‘unemployed Jews’ in the midst of mass unemployment since Jews would not get their hands ‘dirty’ to do honest hard work.

The Jews led privileged lives of luxury while the average German struggled to keep his family fed. The Jewish statistician, Alfred Marcus, estimated the average Jewish income for 1930 as three times the average income of the rest of the population. Sound familiar?

Br Nathanael: How about parallels in finance?

Joe Cortina: Once again the Jew dominated and strangled the working German.

First of all, the Jewish banker, Max Warburg, represented fallen Germany at Versailles and was instrumental in forming the Weimar Republic. Hugo Pruess, a Jew, wrote Weimar’s constitution. 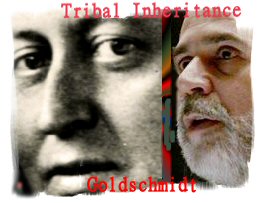 The result was that between 1925 and 1929 four of the six members of the controlling board of the Reichsbank directors were Jews including Jakob Goldschmidt and Rudolf Havenstein.

With unpatriotic Jews at the head of Germany’s monetary policy, whose ties with international Jewry took precedence over Germany’s interests, hyperinflation set in and the German Mark became worthless. America is now about to experience its own “Weimar Moment.”

Br Nathanael: And last, any similarities regarding moral degradation?

Joe Cortina: The floodgates were opened for Jewish depravity when all barriers in the form of censorship during the monarchy were removed after Germany’s defeat in 1918.

Then a torrent of immoral literature, films and plays poured into Germany, primarily nourished by Jews. Weimar Jewish poet, Stefan Zweig, feared a backlash against Jewry when he termed the transformation of Berlin “into the Babylon of the World.”

Zweig had written to Martin Buber, saying, “It’s disgusting how Jews are taking everything by storm. Should it not be our responsibility to anticipate the justified Anti-semitic indignation and call our people back to their senses.”

Br Nathanael: Can you be more specific regarding immoral literature, films and plays produced by German Jewry? 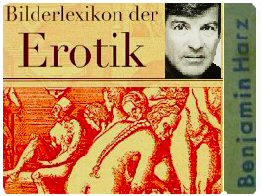 Joe Cortina: Leading the film and theatre business in Weimar were Jews such as Josef von Sternberg, Bertolt Brecht, Erich Pommer, and a host of other Jewish purveyors of filth.

Br Nathanael: Can you sum it all up for us? 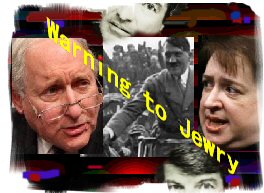 Joe Cortina: What the Jews did to the Germans during the Weimar period they are now doing to the American people.

They have stolen our wealth - our freedoms - our prosperity - our traditions - our moral character - our honor, our wholesomeness, and our Christian heritage.

Should a strong new voice of clarity and conviction appear and convince me and my family that he could and would lead us out of this occupation by aliens and unite our people in a just cause - ending Jewish influence - I would follow him since there is no other choice - no other hope - you’re damn right I would.

Perhaps Jewry would do well to learn a lesson from Weimar and how it was addressed by the Third Reich - because next time it just might be the whole world screaming for justice and an end of Jewry’s evil. This time, once and for all!

And: Reclaiming America’s National Identity From The Jews Click Here