What The Jews Fear Most

What The Jews Fear Most, Putin Articles 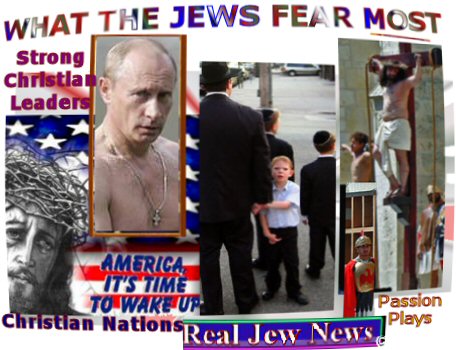 JEWS FEAR CHRISTIANITY more than any other thing. Here’s Why:

1) Christianity tells Jews that their leaders committed Deicide against Jesus Christ. (Jews always blame others for their crimes.)

2) Christianity tells Jews that they must repent of their sins. (Jews consider “repentance” repulsive.)

3) Christianity tells Jews that all men can become “one in Christ.” (Jews wish to be an elite group.)

4) Christianity tells Jews that they must value Spiritual things above worldly things. (Jews are crass materialists.)

5) Christianity tells Jews that they are not to be trusted in spheres of influence because of their hatred of Jesus Christ. (Jews quake and tremble before such a reproof!) 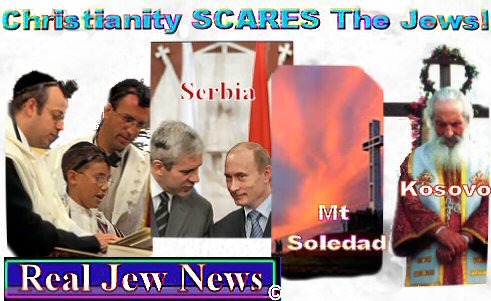 REASONS JEWS GIVE FOR NOT ACCEPTING JESUS CHRIST

* “We Jews don’t believe in Jesus Christ because he was a mere man who pretended to be God.”

Translate: “We Jews find it repugnant to believe as the goyim.”

* “We Jews have our own religion and the Gentiles have theirs.”

Translate: “We Jews don’t care about the Gentiles just as long as they put up Holocaust Museums.”

* “We Jews are God’s chosen people and do not need to convert.”

Translate: “We Jews have created our own god: ‘Jews!’”

THE THREAT THAT CHRISTIAN NATIONS POSE TO THE JEWS

A CHRISTIAN NATION would make the Jews second-class citizens.

This is something that the Jews fear. Jews want to be on the top of the ladder and be the leaders.

But this is a bad idea. Why? Because Jews hate Jesus Christ and who wants Christ-haters telling us what to do?

Jesus Christ was so beautiful. He taught us wonderful things like “love your enemies and do good to those who hate you.” But the Jews don’t like this teaching. Jews see all men as their enemies and wish to bomb them into annihilation.

Do we really want these Christ-hating Jews to lead us? Or do we wish to put the fear of God into the Jews’ minds and hearts by telling them:

“Hey Jews. We are Christians. You are haters of Jesus Christ. And you MUST repent! (And oh! - how the Jews will quake and tremble!)