Judaism Is An Anti-Christ Religion

Judaism Articles, Judaism Is An Anti-Christ Religion!, Christians NOT Jews Are God's Chosen People!, Jews Are NOT The "Chosen People" 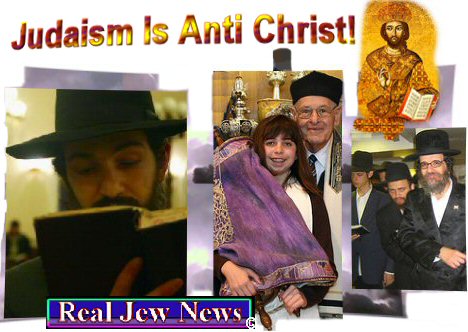 JEWS THINK THEY HAVE THE CORNER on religion. The Hasidic Jews are now trying to push their Noahide Laws on the “goyim.”

But the “goyim” are not going to fall for their sham ban on “idolatry” - which is the design of the Noahide Laws. For the Noahide Laws are aimed at stopping the worship of the Lord Jesus Christ whom the Hasidic Jews *blaspheme* as being an “idol.”

Jesus Christ called Jewish worship the “Synagogue of Satan.” Indeed it is! For Christ said to the Jews, “Your house is left unto you desolate.” And when a house is “swept clean,” as Christ warned, “seven demons worse than the first enter in!” (Matthew 12, 23). 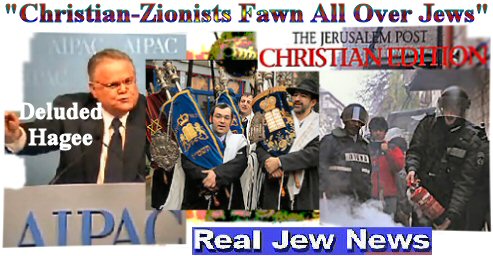 JUDAISM HAS LOST ITS PREISTHOOD FOREVER!

WE CHRISTIANS SHOULD MOCK the Jews. For Judaism has lost its priesthood forever. According to the historian Josephus, Herod Antipas destroyed the genealogies of the Aaronic priesthood in 36 AD.

The Old Testament, by which Judaism is conferred validity, states that in order for the Jews to have forgiveness from God, they must go to the high priest who offers an atoning sacrifice on their behalf. (Leviticus 16).

But Christ put an end to the stinking animal sacrifices. This was predicted by King David when he wrote of the coming Messiah, “The Lord said unto my Lord, Thou art a priest forever after the order of Melchizedek.” (Psalm 110).

St Paul referred to this prophecy when he wrote, “Jesus was made a High Priest forever after the order of Melchizedek. He brought in the New Testament causing the Old Testament to vanish away.” (Hebrews 6, 8).

Thus Christianity with the Lord Jesus Christ as its High Priest usurps Judaism. And now Judaism is nothing but a sham, bankrupt, Anti-Christ religion.

CHRISTIAN-ZIONISTS ARE IGNORANT of the teachings of the Bible. They say that God has a “special” plan for the Jews. And these ignoramus Christian-Zionists fawn all over the Jews as if they were something “special.”

There is nothing “special” about the Jews at all. The Jews are the most neurotic people walking the face of the earth today. That’s why many Jews become psychiatrists so they can try to figure out why they themselves are so screwed up.

And the *only* plan that God has for the Jews is the same plan that He has always had for them since the coming of Jesus Christ. And what’s that?

That the Jews give up their idol worship of themselves and become Christians!