No Paul, Trump Is Not History 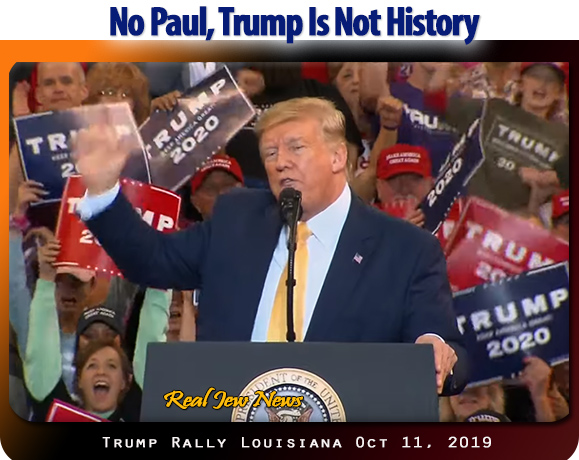 IN A FIT OF PESSIMISM, Paul Craig Roberts posts that “Trump is history” due to the impeachment effort that would cost him the White House.


“The “US is in its final days,” says Roberts, claiming that Trump doesn’t know how to oppose the Democrats in their quest to annul the vote of 60 million patriots that put him in office.

Trump is handling the Democrats very well calling them “haters of America,” “corrupt,” and joined in an “unholy alliance” with the “dishonest media.”

As regards impeachment there is no substance to the complaint against Trump.

It alleges that Trump asked Ukraine to “locate and turn over servers.” Trump did not.

And there’s no evidence Trump engaged in a “quid pro quo” by withholding military aid to Ukraine unless it “opened an investigation” into Joe Biden. Trump made no such threats.

The Ukrainians say they had no knowledge aid was being withheld until a month after the call. You can’t demand a quo when the target is unaware of the quid.

Moreover, the aid was released—despite no “investigation” or “dirt” from Ukraine. And Ukraine’s President Zelensky has twice said there was no “pressure” or “blackmail” from the US with regard to an investigation. View Entire Story Here.

The real reason for impeachment is to drag Trump and his supporters through enough mud so as to give his upcoming opponent—Hillary most likely—the edge in 2020. 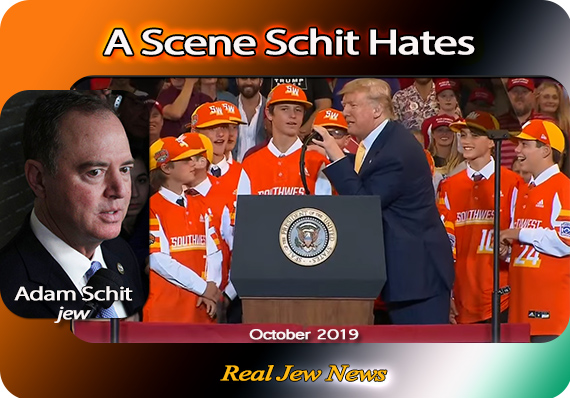 TRUMP IS ON TOP of his game creating great enthusiasm for his reelection just coming off of three rallies in a row.

“I’m energized,” Trump said of the combat with Democrats and the media. “These people are cons, all they want to do is win the election.”

Patriots should also be energized regarding Trump’s many achievements that the Jew-owned press refuses to air:

+ Appointing hundreds of conservative judges to the Courts.

+ Deregulations providing competitive prices such as with Hearing Aids.

LET ME TELL YOU a secret that only I can fathom, having grown up in the synagogue.

The reason Jews hate Trump is because he’s the face of ‘White Christian America’ which Jews fear and hold in contempt.

The cultural genocide of the white race waged by Jewry comes to a grinding halt in Trump and his silent majority of ‘deplorables.’ 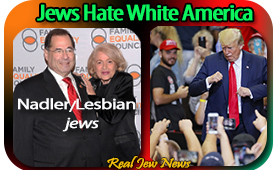 These are not ‘white supremacists’, nor ‘racists’…Trump’s ‘deplorables’ remain the racial white majority of the US population.

Though hated, they are the virtually voiceless conservative, patriotic, and Christian whites of Middle America who were long ago thrown under the bus by the ‘progressive’ Jews and elite fellow-travelers who deplore hard-working Americans.

The same can be said for the marginalized and discarded in the minority Black and Latino Christian communities who are trying to hold their lives and families together.

JEWS NOT ONLY HATE those who oppose them but those who could someday face them down.

With Trump’s contrarian spirit running up and down his spine, and his unpredictability, stooges like Biden and Hillary are much easier for the Jews to control.

And for Yids like Adam Schit and Nadler the Turd, a patriotic backlash is just a few more years away.

And then another kind of ’schit’ will hit the fan.

Buy Your Gun Yet? Here

Why I Left Judaism Here

The Damnation Of Confederate Memory Here