The Old Order Is Falling 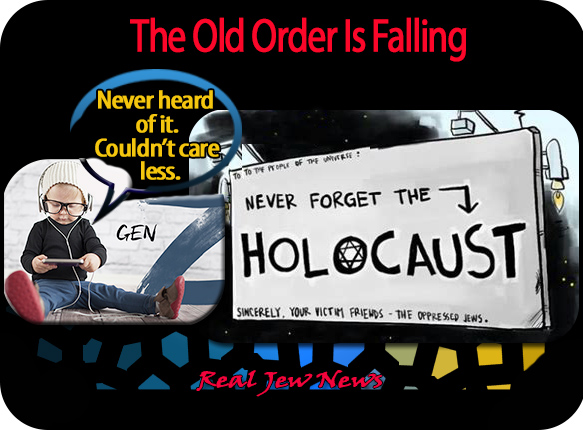 A DISPLACEMENT IS UNFOLDING and world Jewry is blind to it.


Do they really think their dominance will remain as a perpetual state of affairs?

For if the current trends among Millennials and Generation Z signal a U Turn in Jewry’s one-way street then we’re on our way to a change in direction.

Neither group is swallowing the Holocaust Hoax, Israeli ‘Democracy,’ Jewish Statism, or the mass of Jewish Warmongering propaganda.

More than one-fifth of Millennials in the US haven’t heard of the so-called Holocaust and nearly two-thirds never heard of Auschwitz.

The majority of the upcoming Generation Z doesn’t know that the “Third Reich” ever existed and couldn’t care less what happened some eighty years ago.

With regard to celebrating the “Jewish State,” a recent survey showed that among younger evangelical Christians support for Israel was on the wane coinciding with an emerging and germinating sympathy for Palestinian concerns.

And as a significant symbol of the ’social media generation’ not siding with Jewry’s LGBTQ agenda, one finds the popular 14-year-old YouTuber “Soph,” who while undergoing horrific Jew-censorship, expanding her reach.

AND all ages in every cultural category view the ‘Anti-Semite’ charge as a slimy attempt to silence criticism of both Israeli politics and overweening Jewish influence, of which effort, only inspires the silenced to open their mouths WIDER.

Voat and GAB, the younger generation’s social media venues, tell a story that are making Jews sh#t in their untervesh. 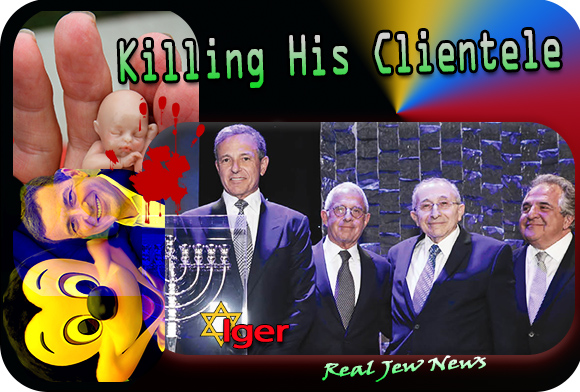 WITH A TOTAL LACK of self-awareness, mega media corporations are tossing sound marketing models to the wind.

Jewish-owned Walt Disney Company, for instance, has threatened via the voice of its Jewish CEO Robert Iger, to boycott Georgia over its new anti-abortion law.

But who is the clientele of Disney, isn’t it children? Yet Disney and Iger, with their pro-abortion stand, want children, their marketing target, to die.

This is not a sustainable business model.

Then there’s Google which is consciously destroying their search engine through obvious censorship, compromising people’s privacy, and shutting down the Ad Blocking ability on their Chrome browser…and again, this is not a sustainable business model with Millennials migrating to Brave as their preferred browser.

And in the wake of YouTube purges, Gen Z and Millennials—“Soph” among them—are heading to alternative platforms like Bitchute and DTube.

Mossad-owned Google, parent of YouTube, would do well in firing its Jew censors, led by the hateful Jew bitch Eileen Hershenov of the Anti-Defamation-League, and the thoroughly-discredited Jewish hate group, the Southern Poverty Law Center.

And underscoring self-defeating marketing models, Dick’s Sporting Goods is taking a big hit due to the firm drawing back its sale of firearms.

Talk about pissing off your customer base of campers, outdoors enthusiasts, fishermen, and yes, hunters, ALL big buyers of GUNS. 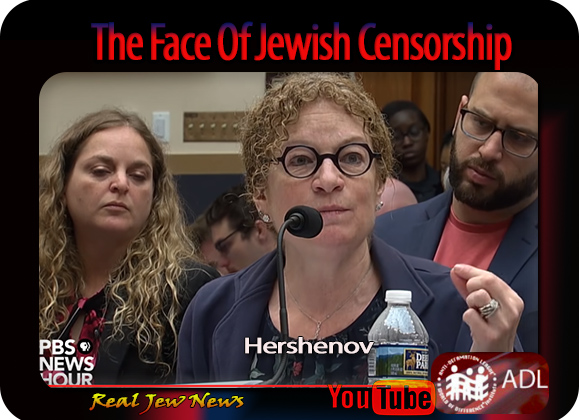 THE OLD ORDER with its moth-eaten monsters such as Jew-loving warmongering shills Pompeo and Bolton is slowly collapsing.

And Jew-pushed homosexuals like Pete Buttigeig are seen by a perceptive upcoming generation as pawns of the Jewish social engineering apparatus.

Maybe Jews would slurp it up, but they’re increasingly a hated minority.

Before our very eyes a backlash against the Jewish programme is emerging where critiques of Jewry’s political lobbying, media decadence, spiteful censorship, and radicalization of conflicts abroad, are rapidly swelling.

One such critique appeared at the Democratic State Convention in California where a left-leaning Resolution demanded, in its initial version and subsequently removed, that the Party oppose “all efforts to stigmatise and suppress support for Palestinian human rights by falsely conflating it with anti-Semitism.”

What is more, well-written scrutiny of pernicious Jewish influence on sites such as Unz Review, LobeLog, and If Americans Knew (all three deranked by the Jew censors of Google) are burgeoning and breeding a fertile brood of well-informed readers.

And all the Shapiros, Maddows, and Spielbergs will be no more than a bad memory.

Are Jews Our Misfortune? Here

Notes From A Gas Chamber Here

Attack Of The Algorithm Here