The Slap Heard Round The World 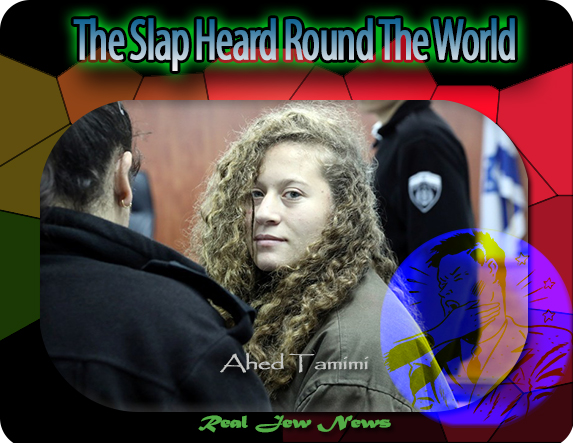 WHEN AHED TAMIMI SLAPPED two Israeli soldiers in her occupied West Bank village, the petite Palestinian teenager, 16, accomplished more than any intifada ever did:

1. She made the occupation look bad.

2. She showed the world that a Palestinian female youth is manlier than Israeli soldiers.

3. She exposed the Israelis as miserable bullies who in response to the humiliation imprisoned the youth indefinitely.

4. She gave the world an enlarged view of how Israel and its Lobbies abroad disregard the indignation of the International community.

5. She displayed that a telegenic occupation cannot be stage-managed by the illegal occupying force as noted by left-wing Israeli newspaper Haaretz.

Now brave little Ahed Tamimi faces no less than 12 charges levelled against her including alleged assault, incitement, and stone throwing which could lock the youth in an Israeli prison for ten years.

The ‘assault’ by young Tamimi occurred inside the entrance to her home shortly after Israeli troops fired shots at her younger cousin’s face, leaving him permanently scarred—and in reaction to the “manly soldier” in full combat and protective gear who backhanded her across the mouth—first.
Watch Jew Soldier Smack Tamimi Here & Here.

Yet the Israeli troops and the attacking soldier were not arrested, no outcry was leveled against them by the US Jew-owned media, rather, a victim of the Israeli occupation gets thrown in jail who may never get out.

This is “Jewish justice” where perpetrators of violence are vindicated with the wide brush of “Jewish defense”—(in this case, defending armed soldiers against an unarmed teen)—and a metaphor emerges encapsulating how the Zionist Project eventuates in the indefinite incarceration of a Palestinian girl.

This is “Jewish justice” where a country in which Israeli violence, assault, and aggressive rampaging of Palestinian homes is the norm, a teenage girl defending the honor of her people is summoned to answer unjust charges made against her.

Ahed Tamimi may be in jail but outside her Jewish-imposed prison a voice once muffled begins to wail…howling from an occupied village by a slap heard round the world. 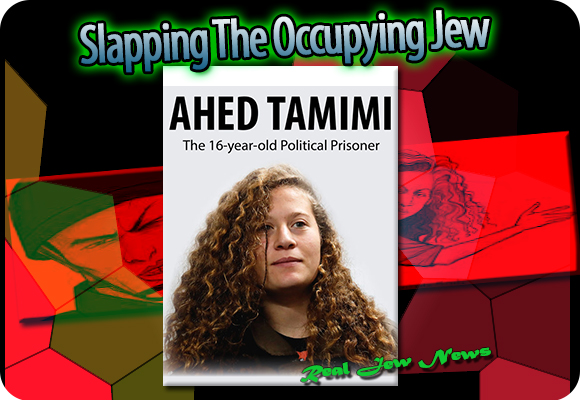 FOUR DAYS AFTER THE SLAPPING, 16-year-old Ahed Tamimi was apprehended in her home in the dark hours of approaching morning.

No one could see her capture nor film her arrest—the Jewish misdeed being done in the dark—which is yet another fitting metaphor for the criminal state of Israel that, like thieves in the night, hopes to keep its crimes untold.

Yet the crime is exposed worldwide, and to justify the well-known crime, Jews screech that the girl and her family are known ‘militants’ and must be brought to justice. 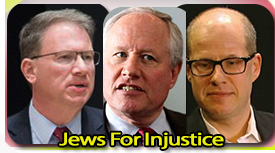 This is the Jewish way, that wherever a public outcry against Israel exists, the Jews take their typical ‘moral high-road’ cakewalk. After all, the Goys need to be taught, you know.

But Jewry’s ‘more moral than thou’ air has the distinct smell of over-hoarded rubbish. The Goyim are on to the smell and on to the Jews.

WHAT’S REALLY AT STAKE for Israel and global Jewry is not public outrage and Palestinian resentment–Jews don’t give a d##n about world opinion or the feelings (and bodies) of Palestinians–but something that flows through the Jewish chauvinistic spirit.

What Jews fear in their imprisonment of Ahed Tamimi is that ‘The Israeli Soldier’ can be humiliated by a young girl (especially a Palestinian one) and watching the world raising her, and not Israeli soldiers, to heroic status.

That’s a blow to blowhards like Netanyahu, Lieberman, and the rest of the Jewish bully-brigade across the globe.

Is Ahed Tamimi a martyr in the making?

She’s hailed as “The Lioness of Palestine” and “The Joan of Arc Of The Levant” in honor of her bravery, determination, and sticking up for her people.

And so far, she bears witness without saying a word to the crimes of the Jewish State.

Her voice is a slap heard round the world.

And: The Kushner Plan That Plopped Here