Politics And The Jewish Language 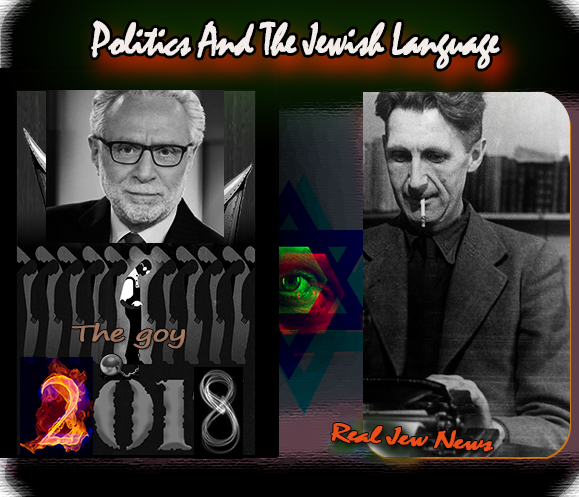 POLITICAL CORRECTNESS is just another name for Jewish censorship.

For who doesn’t know that Jews control the political narration via their ownership of the press and their Washington nest of hundreds of lobbies and organizations?

Convertibles are easily detected by the unruffled ear such as:

Israel is the only democracy in the Middle East” — which is another way of saying — “America is defenseless against Jewish lies and murder.”

With all our wars, and the recent devastation America wreaked on Mosul and Raqqa comparable to Dresden, (thanks to Trump giving Rabid Dog Mattis carte blanche with airstrikes and ground shelling), the world is a hundred times less safe. (The mad rabid dog now threatens to attack Assad.)

Mosul and Raqqa have been reduced to necropolises of rubble, and the stench of death hangs over all because of bodies still buried in the rubble.

Non-Pentagon estimates of “collateral damage” of 10,000 civilians killed in Mosul are 10 times higher than what the Pentagon claims, but that doesn’t count the corpses that won’t be retrieved until after the rubble is cleared.

But with the Jewish-created buzz word, ‘fighting terrorism,’ windbag Jews (like Wolf Blitzer, Jacob Tapper, Jeffrey Goldberg, and tons of other Jews who hold the highest benches in the press) have turned wafts of lies into frozen stacks of ice.

An ‘Orwellian’ writer said it well:

Political language is designed to make lies sound truthful and murder respectable, and to give an appearance of solidity to pure wind. One cannot change this in a moment.” 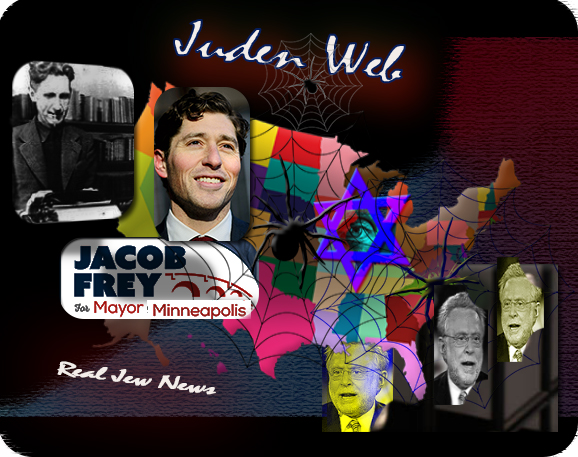 IF IT’S THE END OF HISTORY, (the triumph of democracy), we’re done for.

‘Democracy’ is simply a tinsel lined crock-pot at a flea market awarded to the highest bidder. Who’s that? The JEW. Who doesn’t know that by now?

The Jew decides who runs for office and where he runs.

How is it that the Jew, Jacob Frey—who was born and spent most of his life in Virginia—suddenly appears in Minneapolis to run as mayor and beats the incumbent Gentile?

It’s a network, a spider web of Jewry, threaded through every political level and apparatus in each and every state of our Jew-infested country. 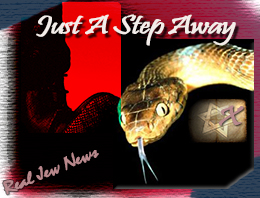 What is libertarianism?…(Rothbard could never say this)…it’s liberty from centralized Jewish control.

If ever there’s “privatization” of our roads, courts, and ports, then the Jew will hold the proprietorship.

THE SOLUTION IS CLEAR. There must be a widespread backlash against the menace of the Jew. It begins with exposing the snake then stepping on its head.

Do we change our political language from Jewish to Gentile? No. It’s simpler than that.

We unreservedly use the JEW word. We call him what he is:

The snake will hiss ‘Antisemite.’ But it won’t work. The goy is roused from his slumber.

And: Bannon Woos The Jews! Here