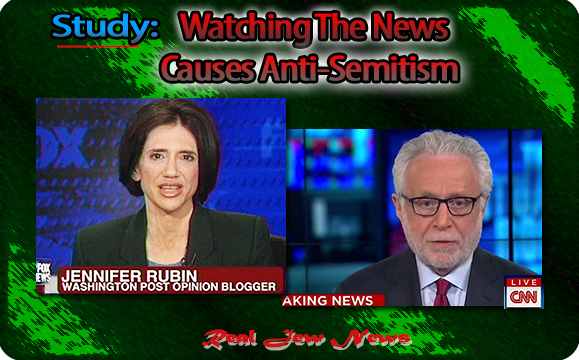 TRY IT YOURSELF… open up any news page, let’s say for starters, The Washington Post, and every anti-Trump and pro-homosexual piece is authored by a Jew.

Yes, Jews, and they vomit out a steady stream of venom aimed at President Trump.

Then turn on your TV to CNN. Your eyes are gouged by the displeasing faces of Wolf Blitzer, Dana Bash (b. Dinah Ruth Schwartz), and Jack (Jacob) Tapper (Tapperman).

They’re all part of what Dr Kevin MacDonald calls the “culture of critique,” meaning that whatsoever is wholesome, meaningful, and of white Christian society, they’ll rip to pieces.

How about that once-upon-a-time White Anglo-Saxon Protestant journal, The Atlantic, now run by Jeffrey Goldberg and infested with a host of his fellow Jews?

Try finding a single upbeat piece, or a critique of Israel’s genocidal policies, or an exposure of the pernicious Jewish Lobby’s hold over Capitol Hill, and your ill-fated search ends in tragic despair. Alas! A disconsolate feeling seeps in and a depression sinks into your soul.

It’s true, many Gentiles are part of the journalistic swamp. But my study divides the world into two classes of people: Jews and the Goys who shill for them. 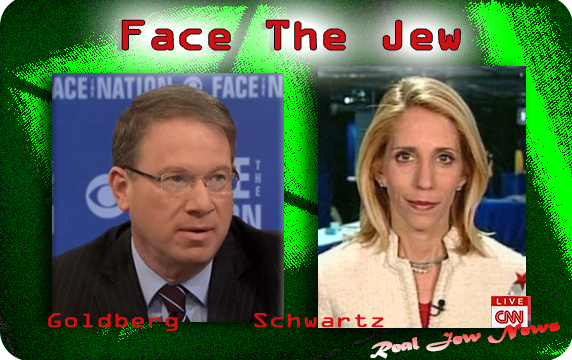 IN HAPPIER DAYS… when the press was somewhat Judenfrei, you could alight upon sundry anti-Israel pieces in The Atlantic such as “Political Zionism” and “Zionist Aspirations in Palestine,” penned by authors with comforting Christian names.

But Goldberg and his synagogue buddies now at the helm are master censors of truth and nimble insight.

A plaintive tune suddenly sounds from the suffocating fog:

Where have you gone Joe DiMaggio, a nation turns its…stop please, for even that was penned by the Jew, Simon Garfinkle, who, while cloaking himself with the poetic, mocked heaven.

I feel something coming on, it engulfs like an overwhelming flood.

Is this a symptom of cultural smog?

Or is it time-tested Anti-Semitism that pursues the polluters of the beautiful and good.