Diary Of A Brexit Watcher 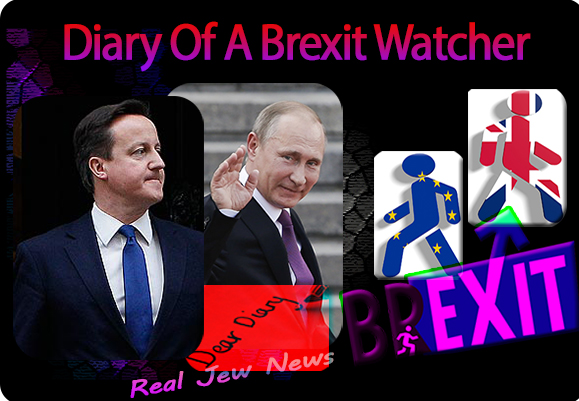 DEAR DIARY, LATELY I’VE BEEN READING that a majority of Brits voted to leave the European Union.

Along with this, I read that the Jewish-owned media and Jew-bought shills like David Cameron are spinning the vote as a “win for Putin but a loss for Britain.”

Cameron actually vomited out months ago that “Putin and ISIS will be happy with Brexit.”

If Putin is the one leader who’s putting the screws on ISIS by providing air cover for Syria’s ground troops, why is he being lumped together with his adversary, ISIS?

There’s no justice in this world, and if there is, (like Russia waging lawful warfare against the blight of ISIS), the Jews through their patsies (like Cameron) will spin it as malfeasance.

Demonizing Putin (a favorite Jewish pastime) notwithstanding, it can be argued that Putin might be the “loser” with Brexit. Why?

Because it would strengthen the Anglo-American sphere of anti-Russian posturing, of which, EU member nations desirous of restoring economic ties with Russia, has weakened.

As far as all the excitement over Brexit, it ain’t over ’till it’s over.

There’s lots of time for the Jewish-owned Fed to devalue the pound; create ‘turmoil’ in the financial markets; time to convince Brits their economy will tank; and time for the Jew-owned media to concoct horror stories of how Putin will “invade” a “divided” Europe.

Moreover, Boris Johnson is apparently backpedaling about stemming immigration, hinting at joining the EU’s single market, an arrangement (like Norway’s with the EU), that stipulates “freedom of movement and labor.”

I’m all for Brexit, but somehow it’s all too big and remote. I’m struggling to personalize it. I mean, is there a personal “brexit” I can forge for myself?

And if not for myself, for our own Jew-ruined country? 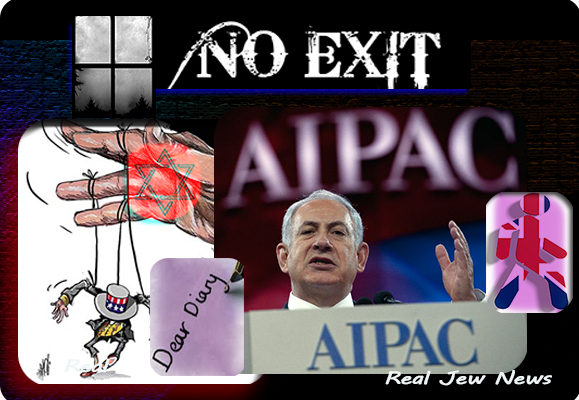 THE PROBLEM IS that most Americans haven’t a clue what Brexit is, and if they slightly do, hardly know what it’s all about.

Brexit’s champion, Nigel Farage, says it’s all about “getting Britain’s borders back and becoming an independent, self-governing nation, freed from the enslavement of a super-state political union.”

Trump also wants to “get America’s borders back.” But everything else, no one’s saying it.

Who’s saying we must free ourselves from the Jews who have the power to print money out of thin air, gouge us with interest, and call their scam the “Federal Reserve?”

Who’s saying that Congress has been bought by Jewish Lobbies who have the power to bring a man to his knees if he won’t obey Jewry’s demands?

Who’s saying that the power to form public opinion is totally in the hands of Jews who own the entire gamut of the press and media?

Anyone who dares say it will see his employment severed, his reputation ruined, and branded for life as an “anti-Semite.”

And what could be worse than being branded an “anti-Semite?” Every goy’s been brainwashed to view it as a capital crime.

One can bribe, lie, blaspheme, promote perversion—all of which Jews do—but committing the crime of “hating Jews,” all bets are off for winning a popularity contest.

WHICH BRINGS ME to the prospect of making a personal brexit, so to speak.

It’s not about copping out or going off the radar, it’s about seeing the world as Jew-ruined and either mocking it or denouncing it.

But dear diary, I’d rather hang from my toes than cave to the murderers of Christ.

For More See: How The Jews Destroyed America Click Here

And: Your Jewish Guide To The Media Click Here