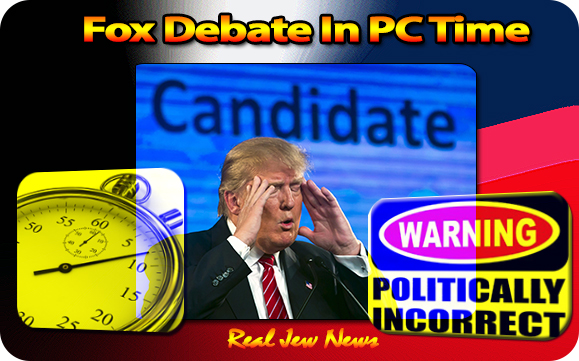 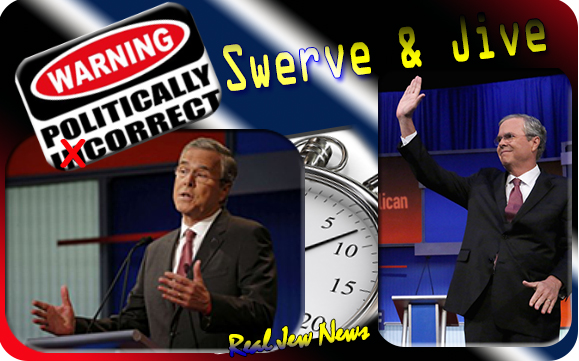 IF THERE’S TO BE LEADERSHIP in this country, only one candidate has a clue about putting things right again…if that’s even possible.


When grilled by Megyn Kelly about his purported “war on women,” Trump aptly answered, “I think the big problem this country has is being politically correct.”

Kudos Donald! Hopefully, you’ll move far afield of political-correctness when it comes to the overweening power Jews wield in America.

But with your real estate investments in Israel, expanding your Trump Empire into Jewish geographics, many of your followers may be in for a really big letdown.

I mean, after all, Trump wasn’t Grand Marshall at New York’s annual Salute to Israel Parade for nothing. 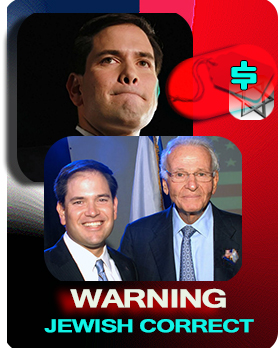 Jeb won’t disappoint them either. He shuffles, ducks, swerves and jives.

Regarding his flip-flopping on the Iraq War, Kelly asked, “To the families of those who died, how do you look at them and say your brother’s war was a mistake?”

Jeb replied: “It was a mistake. But for the families that suffer, everyone said their child didn’t die in vain. Now, to honor those who died, we need to stop the Iran Agreement because the mullahs have blood on their hands.”

Your brother and the military don’t have blood on their hands for the millions of innocent Iraqis they murdered and displaced?

BUT THE ONE who really deals in tripe and twaddle is pretty-boy Rubio.

When asked about veterans, Rubio went into “oratorio” mode: “God has blessed and continues to bless our country. And we have honored that blessing. He has blessed us with young men willing to sometimes die in uniform for the safety of our people.”

Let the goys die young for the Jews! (After all, Jews fund Rubio’s campaign.) Such a blessing! Jews get their wars and American Gentile youth (and innocent nations) bleed.

It’s oh so risky being politically-incorrect.

Say what you will about women and Mexicans.

But when it comes to what you say about Jews, well, that’s a whole different story.

For More See: Elections For Jews Only Click Here

And: How Bernie Sanders Lost His Hair Click Here