Washington Coming To Its Senses? (No) 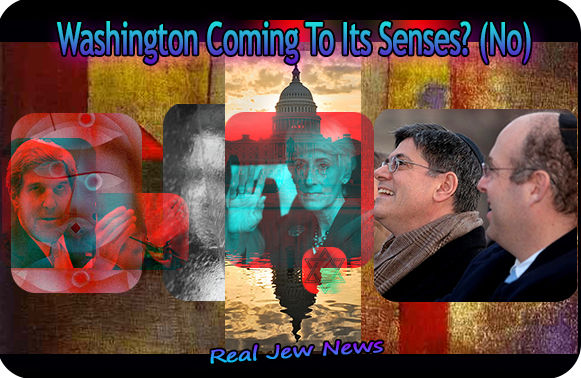 Washington Coming To Its Senses? (No)
By Brother Nathanael Kapner May 17, 2015 © 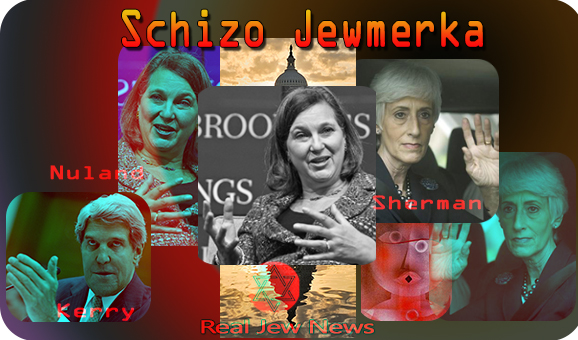 ON THE HEELS of Moscow’s Victory Day parade, a question was urged by Paul Craig Roberts in view of Kerry’s and Sherman’s visit to Putin.


Is Washington Coming To Its Senses? asks Roberts.

Faced with the failure of isolating Russia, and with a European independent foreign policy, Roberts puts forth that Washington sent Kerry as a supplicant to Putin and thereby “coming to its senses.”

Sorry Paul. Washington has NOT come to its senses. It’s run by Jews and is dysfunctional.

Washington is a kind of apocalyptic “Sodom and Egypt” where Christ is crucified again.

Schizophrenia stamps all of its actions as symbolized by the carriers of the contagion: Kerry with a botoxed face and Sherman facialized with the ugliness of Jewry.

Roberts employs the rhetoric of the German-hating The Saker, using anti-Nazi buzzwords like “Amerika Uber Alles.” This is ridiculous.

If Roberts is going to sneer at “American Exceptionalism” then let him call it for what it is:

The US civil patriotic religion since WW2 pushed by Jews and fueled by Zionist-christians, and not some take-off on a perceived old Nazi slogan “Deutschland Uber Alles.”

To be true, the anthem’s intent was to bring about the union of the several German states long before Hitler ever appeared on the scene. 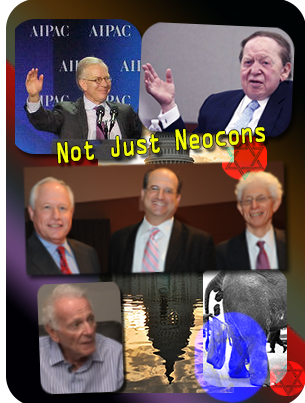 Comparing America to Nazi Germany just doesn’t get it.

But comparing America with an on-the-couch session with a neurotic Jewish psychiatrist gets it right.

Roberts then flips to the patronizing, “Having failed with force against Russia, the West is now employing seduction. We must pray that Putin does not fall for the seduction.”

Suggesting that Putin is a gullible fool, and that we must pray he doesn’t do something stupid, Roberts presents himself with the brains and Putin as a dolt.

But if Putin scored a diplomatic victory with Kerry’s unexpected sojourn to meet with him, either Putin is very stupid or is a genius. The future belongs to Russia and Putin will do nothing to imperil that destiny.

AND IF PUTIN has established Russia as a regional power to be reckoned with, then all attempts by the West to “seduce” him will at most tickle but not titillate.

Roberts does qualify his dreamy optimism with his usual “neocons are in control.”

Yes, neocons are in control, (they’re Jews dear Paul), but with the whole heap of hundreds of Jewish organizations, Jewish billionaires, Jewish Lobbies, and the Jew-owned press, the control mounts to perverse proportions like a towering pile of manure.

It stinks, but with the mist of fog, as in Robert’s piece, no one is quite sure why.

America is in decay. But barring a collapse on the scale of the Great Depression, the process of decay will be gradual. The JewSA beast is still very dangerous.

One should never trust a neurotic on Prozac, nor a nation run by Jews.