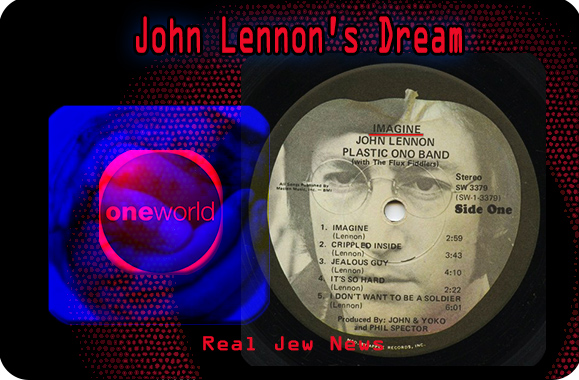 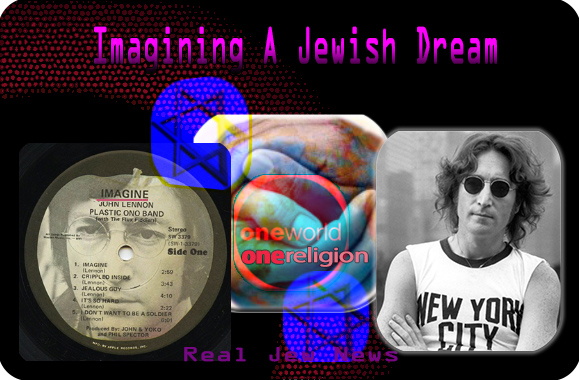 “IMAGINE there’s no countries, Nothing to kill or die for, And no religion too.”

Some say the “world stood still” the day Lennon was shot but others contend that Imagine’s lyrics stood on its head when Lennon’s slayer “killed” with “no religion” to “die for.”

Fast forward to 2015 and the Western World is wringing its hands over the incorporation of Crimea into the Russian Federation.

It’s John Lennon’s dream anew which if pursued will grow into a nuclear nightmare.

America and its EU puppet also have “no religion” to “die for” but its “killing” fields stretch from Syria to Iraq to Afghanistan and now to East Ukraine on the edges of Crimea.

The Empire has new clothes whose garments are woven by a globalized thread and needle.

Jewish neocons boast of an end of history by which countries must conform to America’s ‘democratic’ model.

Competing ideologies must give way to one player in town: ‘Democracy,’ where power is awarded to the highest bidder: Jews. 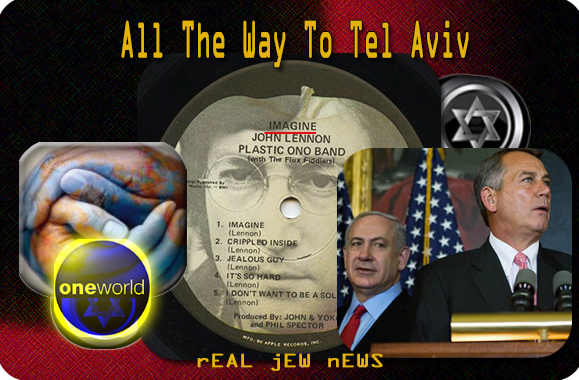 IN JEWISH-INFORMED ‘democracy,’ nations with their own ways of governing pursuing their own national interests are denounced.

But countries assenting to Western values are ‘kosher-approved.’

Any state that contests same-sex marriage, privatization of public services, and America’s dollar-dominated global economic system, are reproached as “throwbacks to the dark ages,” a condemnation with anti-Christian overtones.

Countries such as Christian Russia, racially-united China, and Assad’s Syria simply don’t fit into Jewry’s scheme of things. Democracy loaded at the end of a gun is pointing at all three.

It’s a post-modern, post-historical strategy of global governance championed by Jewish savants and featherbrains who occupy Western newsrooms and halls of academia.

Self-interests pursued by states are no longer recognized by these quick-fix sages.

ONLY THE INTERESTS of the chosen whose orbit spins from Washington, to Berlin, to London, all the way to Tel Aviv are defended and defined as ‘universal’ values.

It’s a Jewish world after all and whoever doesn’t comply gets docked.

Lennon’s dream is a Jewish dream.

In a world with “no countries” there’s only one country, Israel.

Where there’s “no religion” there’s only one religion, the Jewish religion.

And the Goyim must submit!