Nemtsov…Better For Putin Alive Than Dead 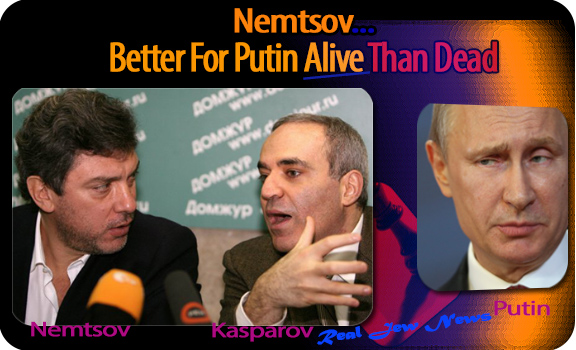 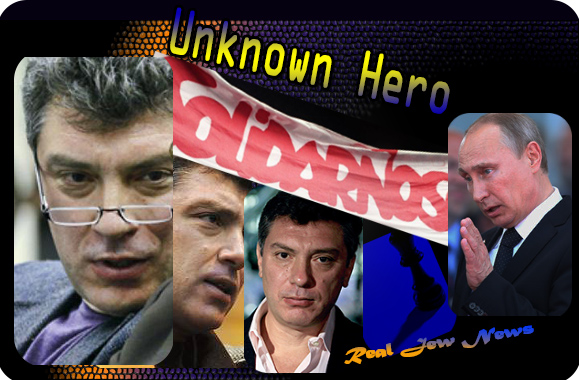 DID YOU KNOW that Boris Nemtsov, a so-called “rival” of Putin, who was recently murdered in Moscow, was unknown to most Russians?


Not only was Nemtsov unknown, he couldn’t even manage to get elected as mayor of Sochi, winning a mere 14% of the vote in the city’s 2009 mayoral elections.

No surprise there, since the “opposition” Solidarnost party, which united the Jew ‘chess king’ Kasparov with Nemtsov, had the lowest number of supporters - 5 percent.

According to a recent Levada poll, only 1 percent of the Russian population trusted him just prior to his death.

Nemtsov’s insignificance grows as one looks at the facts.

With his reputation tarred as a Yeltsin-era politician, Nemtsov, (for those who even knew of him) was associated with images of societal collapse and corruption.

Who can deny, says Lyndon LaRouche, that Nemtsov was thoroughly discredited by his role in the Yeltsin administration when Western speculators (Jews) looted Russia?

One can argue that Nemtsov as a powerless opposition figure was an “asset” to Putin who enjoys a whopping 87% approval rating.

But was Boris Nemtsov a better “asset” for the Jews who run the US State Department then he was for Vladimir Putin? THAT’S the question. 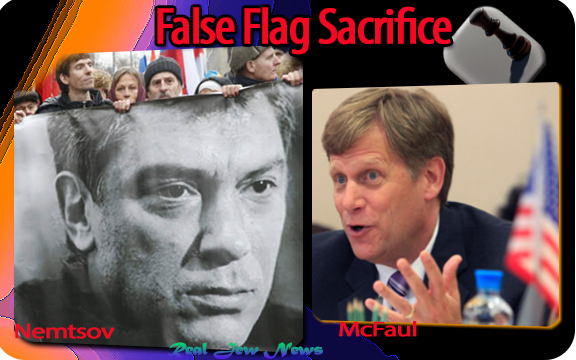 NO ONE IN THE OPPOSITION bought the unlikely story that Putin was behind the murder of Boris Nemtsov.

In fact, the opposition cancelled their political rally and staged a memorial march instead.

“The killing was clearly not in Putin’s interest, said an ally of Nemtsov, “it was aimed at provoking the situation.”

Every Jewmedia venue finger pointing at Putin for Nemtsov’s death really does have three fingers pointing back to the Jew-infested US State Department.

Here’s a video of Nemtsov beating feet to meet with the new US Ambassador to Russia, Michael Anthony McFaul, just after McFaul took office in January 2012. 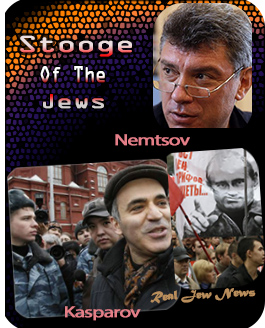 On January 17, several opposition figures, including Nemtsov, arrived at the US Embassy on McFaul’s second day on the job to ostensibly make a pre-arranged meeting with visiting American official, Deputy Secretary of State William J Burns.

This was two months prior to the 2012 Russian presidential election held in March in which Putin was elected for the third term starting May 7 2012.

It’s well understood both in Jewmerica and Russia, that McFaul was to facilitate a ‘color revolution’ in Russia from day one.

And the “opposition groups” were out in full array during the election campaign complete with US-made posters, banners, and US State Department’s poster Jew, Gary Kasparov.

PUTIN GAVE warning in February 2012 of an opposition false flag sacrifice. It was the ill-omened fate of Nemtsov to be that ’sacrifice’ on this past February’s last day.

But in the circus run by the JEW-S State Department, a stooge breathed his last on a Moscow bridge on February 28, 2015.

And: The Jewish War On Holy Russia Click Here