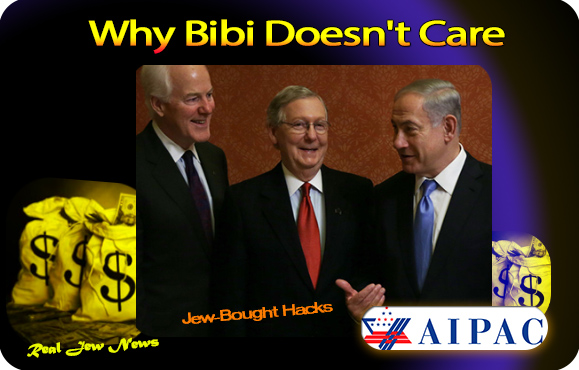 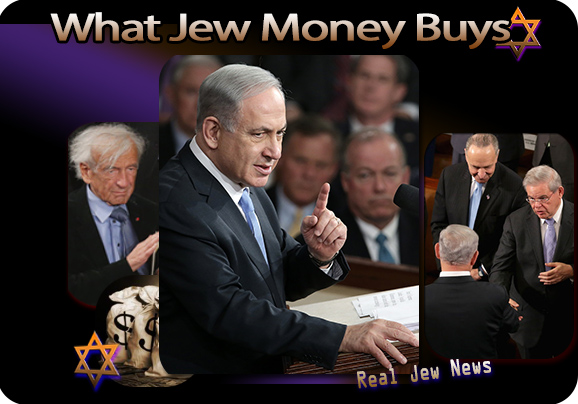 I LAUGH AT HEADLINES tooting that bipartisan support for Israel is “dead” and the Jewish Lobby will “never be the same” due to Netanyahu’s speech to Congress today.


Even Stephen Walt is whistling dixie thinking that Bibi blew up America’s ’special relationship’ with Israel due to today’s visit.

Yet, the Jewish Lobby is stronger than ever and bipartisan support grows larger every day.

Do you understand what it takes to control a country?

Who has the money, with hundreds of organizations, and owns the media?

Ha, ha ha. Ask any 16 year old what group in America has the money and he’ll say “JEWS.”

Jimmy Carter summed it up, “Oppose the Jewish Lobby and you commit political suicide.” 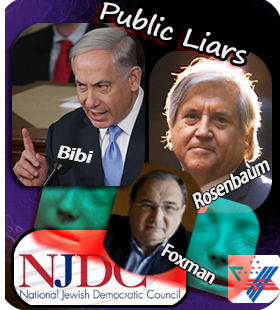 Another laugh is seeing Jews scrambling to cover themselves over Netanyahu’s ‘controversial’ so-called ‘defiance’ of Obama’s efforts to cut a nuclear deal with Iran.

Abe Foxman of the ADL had cautiously suggested that Netanyahu should “scrap” the speech as it would be “unhelpful.”

Then Greg Rosenbaum of the National Jewish Democratic Council outs Boehner for “playing partisan politics” with the US-Israel relationship and “putting politics” before principle.

But it’s a public face that Jews use to mask their real positions: Agree with Bibi but pretend to be against him.

In other words, Jews all share the same goals yet methods differ…subtly and devilishly.

Yes, one can prove that the deal Obama is brokering with Iran will significantly impede nuclear weaponization.

But that’s not the issue.

What IS at issue is if JEWS can dictate US foreign policy. You BETTER BELIEVE they CAN.

ONE SURE METHOD is the use of blackmail. Jews are masters at it.

Say it Paul, say it Gerry, say it Alex: JEWS run America. But they can’t say it.

That’s why Bibi doesn’t care what anyone in this Jew-ruined country thinks.