Dostoyevsky And The Jews - Pt 1 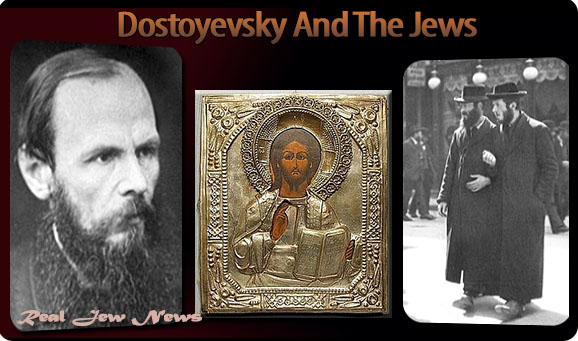 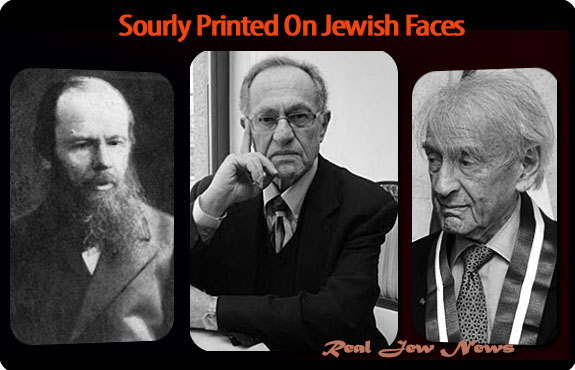 “THE RUSSIAN CHRIST,” wrote Dostoyevsky during his European exile from 1867 to 1871, “will triumph over the moribund civilization of Western Europe.”


“The Russian idea,” continued Dostoyevsky, “is paving the way for the great spiritual regeneration of the whole world.”

This belief in God’s choice of Orthodox Christian Russia determined Dostoyevsky’s hostility toward any people and the ideas they embodied that exhibited a challenge to this belief.

Hence his detestation of Jewry which represented a dark and sinister force detrimental to the accomplishment of Russia’s historical mission. 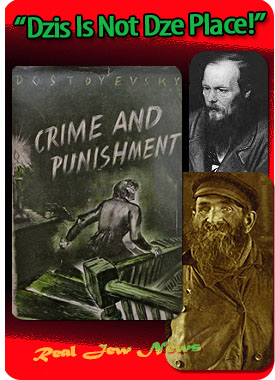 Dostoyevsky’s contempt of the Jews began its germination in Crime And Punishment (1866) in which a grim Jewish character witnesses the suicide of the Russian Svidrigailov.

Just prior to his suicide, Svidrigailov rails on the Jews: “The Yids have moved into St Petersburg from God knows where and are stashing money away.”

Then making his way to Petrovsky Island, the site Svidrigailov chose for his suicide, his attention is drawn to a watchtower that loomed on his left.

“A little man cast a drowsy, cold, sidelong glance in the direction of the approaching Svidrigailov. His face wore that look of eternal peevish dolor that is so sourly printed on all the faces of the Jewish tribe without exception.”

Rather than trying to stop the suicide, the Jew protests that it should not happen on his watch: “Not here, not here! Vat you’re doing, dzis is not dze place!” the Jew insists.

“Just say I was on my way to America,” answers the Russian, and then pulls the trigger.

The symbolism is clear. The dark forces of Jewry with its materialistic spirit threaten the destiny of Orthodox Russia from taking root in its own soil and emerging as a far-reaching redemptive force.

AS HIS DETESTATION of the Jews grew, in 1868 Dostoyevsky displays in The Idiot, followed in 1875 in A Raw Youth, his grasp of the looming global threat of Jewish finance capital centered around the Rothschilds.

“If you’re to be a Jew,” writes Dostoyevsky in The Idiot, “go all the way, squeeze people right and left, coin money out of them, be a man of mark, be a King of the Jews!”

Later in A Raw Youth, Arkady Dolguruky aspires to become “as rich as Rothschild” in order to gain power.

In response, Arakady’s father predicts a “universal bankruptcy” should his son’s aspiration triumph which could bring about global decay accompanied by Jewish tyranny.

“A general decay will set in. A lot of Yids will come along and the kingdom of the Yids will commence,” warns Arkady’s father.

Is it not today just as Dostoyevsky saw it?…

Moral decay and a kingdom of the Yids is now the world’s hapless lot.

For More See: Dostoyevsky Versus The Jews Click Here

And: The Jews Who Murdered Tsar Nicholas Click Here