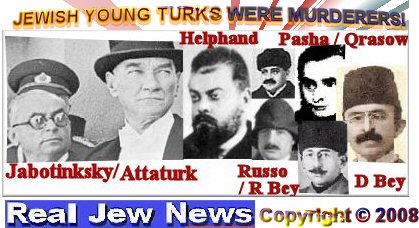 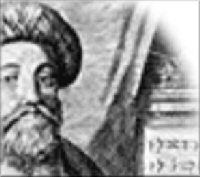 in Salonica. He leads thousands of Jewish followers on an exodus to Palestine. On the way Zvi becomes a Muslim. His followers saw this as God’s plan and also become Muslims. 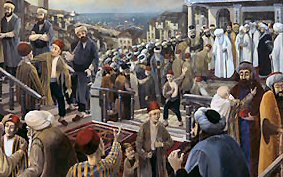 
The Young Turks Are Formed

In 1891 a political group from the Donmeh forms

called The Committee of Union and Progress, 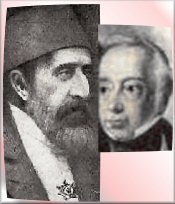 The group is headed by Freemason Jew

Emmanuel Carrusso with the help of the Rothschilds.

of The Young Turks

meet in Paris to plan the

penetration of the Sultan’s 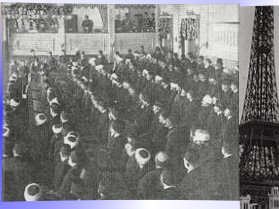 army leading to the military

In 1908 the Jewish Young Turks revolt and force the Sultan Abdül Hamid II into submission.

In 1914 the Jewish Young Turks bolster 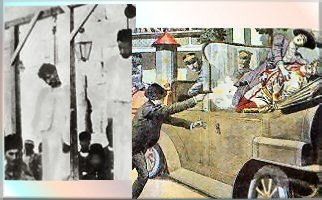 which sparks WW I. 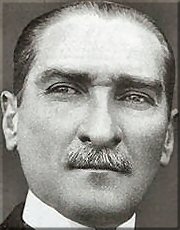 In 1920 the Russian Jewish Bolsheviks 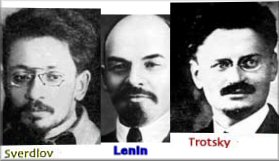 In 1921 Attaturk occupies the Port of Baku ceding it to the Jewish Bolsheviks five days later. The Rothschilds are delighted as they now have their Baku Oil Company in Jewish Bolshevik territory.

The Burning Of Smyrna: 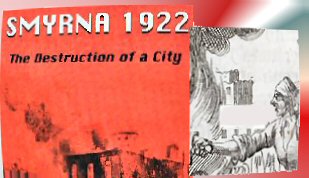 In 1922 Jewish Khemalists orchestrate the burning of Smyrna resulting in 100,000 Christians tortured, starved, raped, and dead.

Who Were The Jewish Young Turks?

Talaat Pasha: A “Donmeh” Jew. Interior Minister of Turkey during WW I. Chief architect of the Armenian Holocaust.

Vladimir Jabotinsky: Russian Bolshevik who moved to Turkey in 1908. Editor of the newspaper Young Turk.

Alexander Helphand: Liaison of the Rothschilds. Editor of The Turkish Homeland.