Is Putin A New Hitler? 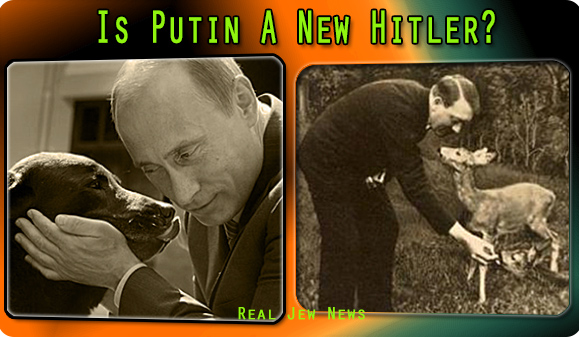 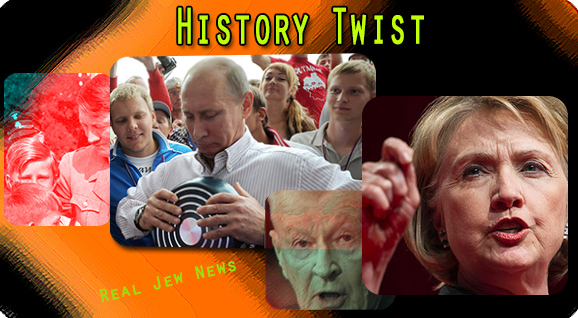 COMPARING PUTIN to Hitler seems to be the latest political meme these days. 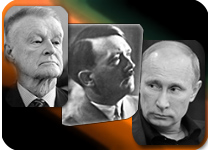 “Putin’s thuggish tactics in seizing Crimea offer some hints regarding his planning,” barked Brzezinski in a recent OpEd in the Washington Post.

“Much depends on how clearly the West conveys to the dictator in the Kremlin — a comical imitation of Mussolini and a more menacing reminder of Hitler — that NATO will act if Ukraine is crushed,” threatened Brzezinski.

If superficially equating Putin’s response to Crimea’s request to join Russia to Hitler’s so-called ’seizure’ of the Sudetenland and passing it off as ‘history repeating itself’ then hysteria and rhetorical distortion have replaced sober historical analysis.

Truth is, Putin is not interested in expanding the borders of the Russian Federation, and certainly not in ‘annexing’ Ukraine, in and of itself. This is where senile Brzezinski and brainless Clinton are dead wrong. 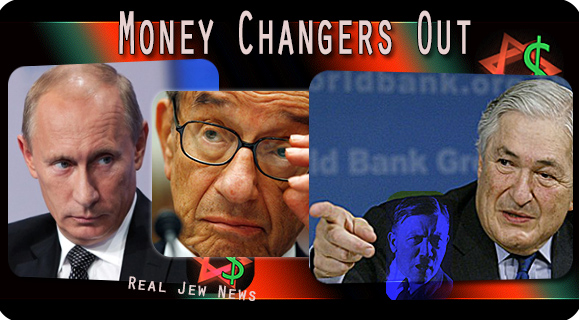 ONCE IN DEEP DEBT to the Jew-run IMF, Russia is now a growing prosperous state.

Since Putin’s presidency in 2000, billions have been invested in improving Russian infrastructure and boosting social services.

The top 50 Russian businessmen (and ex-oligarchs) now control only 35% of Russia’s GDP and have virtually no political clout, as Putin has legally purged the Jewish money changers from politics.

A prime example of the new Russian political ethics is Vitaly Churkin, ambassador to the UN, a consummate professional career diplomat.

Churkin represents no other interests than the Russian state. (See his reaction to Samantha Powers Sunstein’s attack on his person.) On the other hand, US diplomats are corporate revolving-door hacks switching back and forth from business to politics.

In contrast, the top 50 Ukrainian oligarchs control 85% of Ukraine’s GDP.

Other than the oligarchs, Ukraine is dirt poor with 25% of Ukrainians living below poverty level. Education is far behind Russia’s and the average salary is much lower.

(Once Yats the Yid subjects the country to IMF “loans”—with Jewish conditions—then Ukraine’s demise is guaranteed.)

There has been absolutely no investment in Ukraine’s infrastructure since 1992 thanks to oligarch greed in successive central governments. And the Soviet infrastructure inherited by Ukraine, such as it was, is even further degraded now.

While Ukraine is a linchpin to Putin’s plan to build the Eurasian Economic Union, the concept is far different from ‘annexing’ Ukraine into the Russian Federation.

Russia still has a long way to go to overhaul its own old Soviet infrastructure, as well as developing new projects, including bringing up to RF standards Crimea’s share of military equipment and bases. 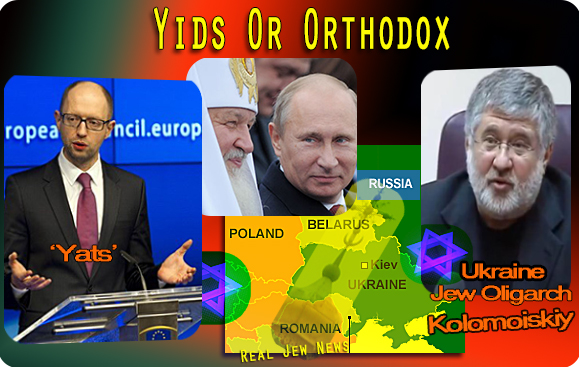 WHILE RUSSIA still must deal with outside interference in Ukraine, a greater threat is posed by the religio-cultural fault line of the “clash” of Western and Orthodox Christian civilizations in Kiev and Lviv.

This “clash” is made up of EU-leaning Ultra-Nationalists, Poland-loyal Catholics, Uniates, Jews, and uncanonical, schismatic Orthodox ‘churches’…all united…NOT in any love for Ukraine…but in their hatred of Russia.

Would Putin refuse part or all of Ukraine voluntarily and persistently wanting to join Russia? No. He’s a populist and pragmatic. 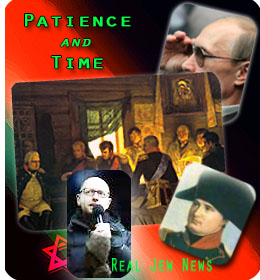 But more than that, he’s Orthodox, “Pravoslaviye,” which defines Russian identity. The Orthodox Church is the center of Russia’s national identity.

This is why the Patriarch is given a preferential seat of honor ahead of other religious figures during civil gatherings. This is why Putin affirms that Russia, Belarus, and Ukraine are tied by their mutual Orthodox culture and worldview.

Putin’s realpolitik not only includes his religious faith but what comes his way through God’s providence. This is what the West — ruled by brainless women, queers, and Jews — doesn’t understand about Putin.

In dollars and cents, it’s fiscal folly for Putin to receive Crimea, at least in the short term, into the Russian Federation. But the materialistic bottom line doesn’t matter to him.

He would do the same for Kiev (utterly broke as it is) as what he did for Crimea, that is, give it a leg up with every lawful and ethical means at his disposal, including those mystery men in green who always kept their rifle barrels face down.

Like General Kutuzov whose weapons “patience and time” wrought Russia’s victory over Napoleon, Putin allows “providence” to open its arsenals against the Jew-ruined West.