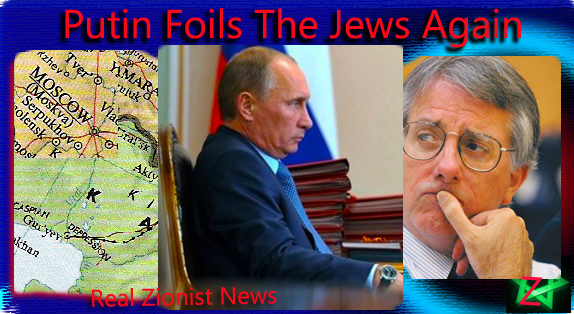 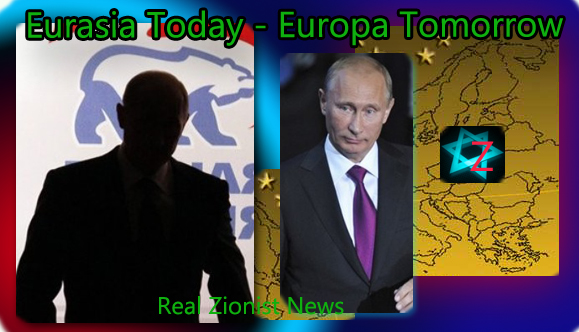 VLADIMIR PUTIN HAS ONCE AGAIN upset the Judaic geopolitical bagel cart by announcing on October 4 2011 his forthcoming creation of a “Eurasian Union” modeled after the economic integration of the European Union.

Putin, who recently declared his intention to run for president of the Russian Federation, boasted that the bloc would become a “major” global player.

Indeed, Eurasia is the prize — awash with oil — and blessed by providence with a strategic location. And apparently, Russia’s prime minister is the first to claim the coveted Eurasian pot sitting at the end of the geopolitical rainbow.

Putin also affirmed that Russia, Belarus and Kazakhstan were already “going ahead” with market co-operation complete with a full-blown Customs Union established by the three countries in 2010. 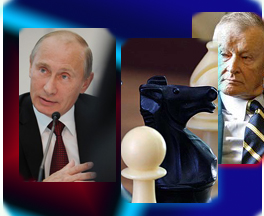 “The Eurasian grouping will become an indivisible part of a Greater Europe,” Putin told the Izvestia Daily in his article, Eurasia: The Future Born Today.

“The Union is an open project and we welcome the addition of new partners,” the Russian leader added. View Entire Story Here & Here.

All of this flies in the face of Zbigniew Brzezinski’s strategy for the Zionist West’s takeover of Eurasia, as outlined in his book, “The Grand Chessboard.”

CENTRAL TO BRZEZINSKI’S PROGRAM is that no challenger should emerge capable of dominating Eurasia and therefore of also challenging America.

“A mere glance at the map suggests that mastery of Eurasia would automatically entail hegemony over the world’s most advanced and economically productive regions,” he added. View Entire Story Here & Here. View Eurasia Map Here. 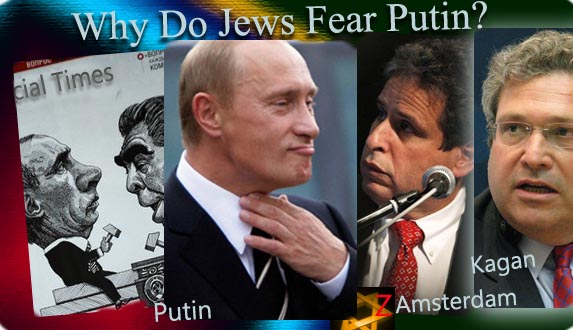 THEY HATE HIS FREEDOM

KNEE JERK REACTIONS from countless Jewish quarters were quick to come on the heels of Putin’s announcement.

The Jewish-run National Endowment for Democracy, (a Jewish Laundromat for CIA money), is painting Putin with the brush of “fascism” by linking his plan for a Eurasian Union with Russian Nationalist “extremist,” Alexander Dugin, a noted Eurasianist. 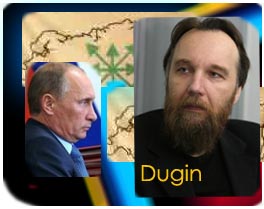 The Jewish banker’s news agency, The Financial Times, called Putin’s plan a “grand vision with echoes of 1984,” likening the Russian prime minister to “madmen in authority who are distilling their frenzy from some academic scribbler of a few years back.”

Robert Kagan, a Jewish neocon of the Project for a New American Century days, now reincarnating himself as the “director” of The Foreign Policy Initiative — (yet another Jewish think tank with millions of Jewish dollars to get US politicians to stop thinking) — hopes that by reconstituting reality Putin will simply “disappear” from political life.

AND IT DIDN’T TAKE LONG for a slew of Jewish journalists, like Pavel Sheremet and Robert Amsterdam, both noted Russia-haters, to cry: “Foul!” with regard to Putin’s masterful chess move: 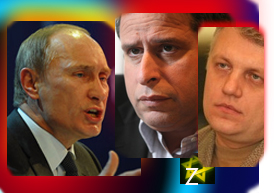 “Putin is busying himself with the conquest by Muscovy of its neighbours,” wrote journalist Sheremet.

Amsterdam chimed in, “Putin’s plans for Russia to retain superpower status is fit for a man who would outdo Brezhnev in longevity in his drive for the resurrection of the USSR.”

But the Russian prime minister has made it clear that he is not seeking to “copy” what has been abandoned in the past, but rather is pursuing — “the order of the day” — integration on the basis of “new” values, politics and economy.