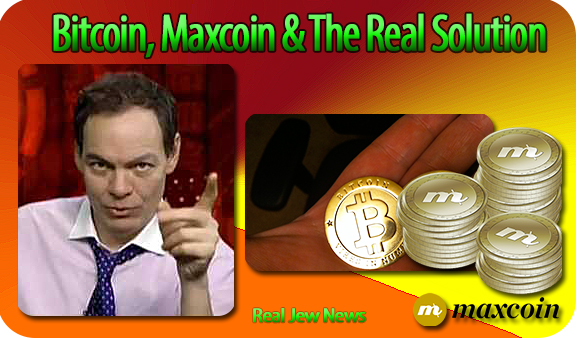 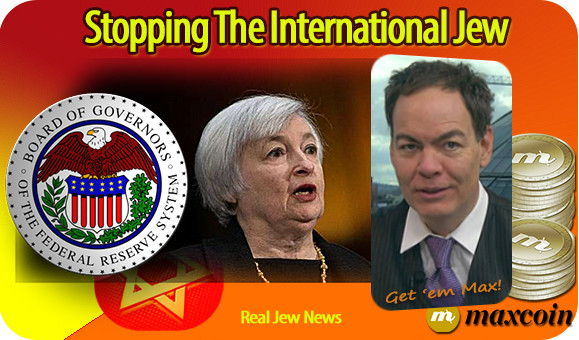 MAX KEISER JUST CAME OUT with Maxcoin, yet another cryptocurrency. You can buy some now and get in on it from the beginning.


Maybe you’ll get rich. Maybe it’ll catch on like wildfire.

Cryptocurrencies are transparent and objective—the opposite of debt-based money which Jewry has enslaved us with. A popular promoter like Keiser can make an investment soar.

Wouldn’t it be fun to defy the establishment and make a profit too? Cryptocurrencies are a real solution to some obvious problems like bank processing fees.

With at least a hundred brands of cryptocurrencies now in circulation, each brand is yet still in its infancy. It remains to be seen how long they’ll survive.

Bill Holter, Jewish Austrian School salesman that he is, admits that he hasn’t a clue why Mt Gox went down. But ignorance doesn’t slow him down a bit. His Austrian School training provides him with all the answers he needs.

However, the inside explanation is that Mt Gox finalized the transactions before the network confirmed it. This is against protocol because during the confirmation period, transactions can be reversed and ownership is not guaranteed.

Thus the crash was blamed on Mt Gox for “breaking the rules.” 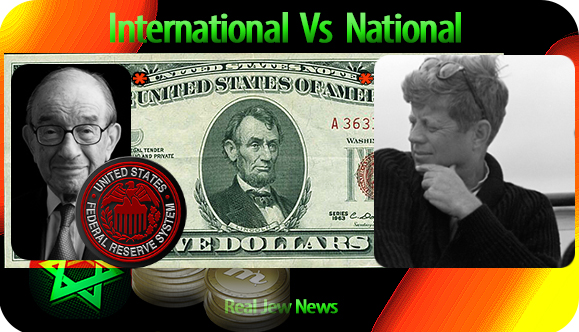 THE INTERNATIONALIST PERSPECTIVE is that a thousand private currencies should be launched and blossom and they’ll take care of the money needs of the world.

But the nationalist perspective is that governments are bad only because they’re ruled by the plutocracy, that is, the Jewish financial cartel.

Jews are the only international people. They want you to hate your government.

This is because national governments are the only organizations big enough to stand in the way of the goal of the one world Jewish police state.

If you hate the government and think that privatization—especially in the area of money creation—is the solution to our economic problems, then you’re simply a tool of the Jews. 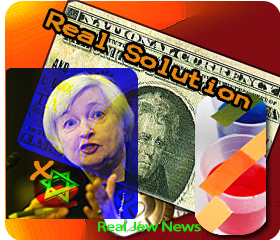 If you’re trendy and rail against credit-based national currency creation, like Austrian School salesman Mike Maloney, you’re working for the Jews, even though you don’t know it.

Yes, the privately-launched cryptocurrencies Bitcoin and Maxcoin are an important new development. But they’ll never be anything but bit players in the world money supply.

They lack the sustainable creditworthy factor, that is, the power to tax, disperse money to the masses, and establish legal tender.

Cryptocurrencies do have features that governments should adopt. Encryption for transfer of funds and the inexpensive transparency of transactions (which the Jewish-owned Fed cloaks in secrecy) are two components that governments can use.

But cryptocurrencies can’t ultimately serve the needs of bigger nations because they’re all based on scarcity. There’s a maximum amount that can be issued. No government can operate with this inflexibility. No government has ever done it before, no government will do it in the future.

And no government could erect a blockchain to handle the huge volume of transactions of a national currency.

LET NATIONALISM AND INTERNATIONALISM be the litmus test to judge the pros and cons of solutions offered by experts. Any solution that serves the breakdown of nations serves the buildup of the international Jewish police state.

Instead of hating the national government because it’s owned by Jews, let’s take it back and make it control the internationalist Jewish enemy.

I’m calling for a National Monetary Reform Convention to put money-creation back in the hands of The Nation and out of the hands of the International Jew.