The Jews Behind Michael Sam 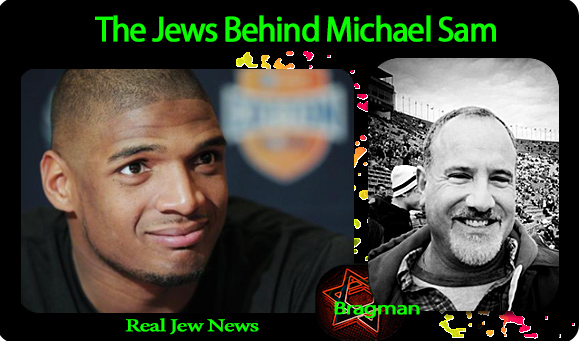 The Jews Behind Michael Sam
By Brother Nathanael Kapner February 12, 2014 © 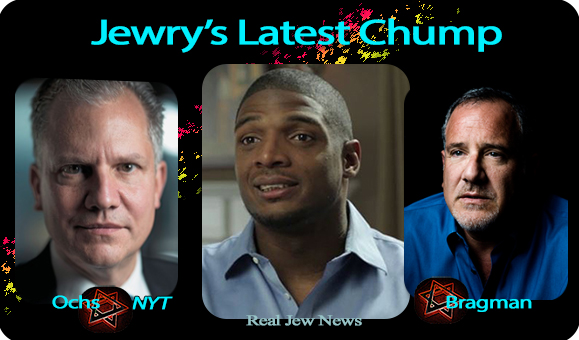 IS IT ANY SURPRISE that the much celebrated Michael Sam announced his ‘pride’ in being a homosexual via the New York Times and ESPN, both Jew-owned?


Indeed, college football star Michael Sam is one large piece of homosexual propaganda resonating throughout Jewry in its relentless attack on Christian morality.

Since Sam’s public relations team decided to announce his ‘queerness’ right before the NFL draft, one wonders how many teams will decide to pass on him.

Would they dare such a thing? The Jew-infested press will destroy them.

And since 34% of the League are Jew-owned, there will be no shortage of teams clamoring for the services of Sam seeing that the Jew-promoted NFL is fully behind the idea of open homosexuality.

And what better way to promote perversion than to have a Jew doing the PR! 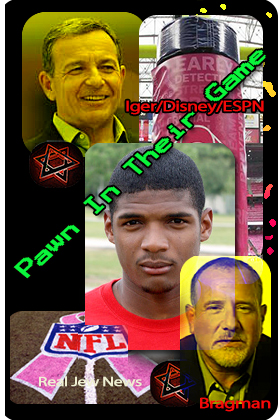 Sam picked the Jew Howard Bragman as his personal PR pro to “lead the charge” in the creation of his soon-to-be NFL identity.

The night before Sam’s “coming out,” Bragman offered a toast during a celebratory dinner for the up-and-coming hero.

A host of perverts in the sports community were honored in the toast but Sam got the highest honors as “the bravest of all.”

Timing is everything, and with the non-stop Jew-bashing of Putin and his traditional Orthodox opposition to all things homosexual, what a wonderful opportunity to show the rest of the world the disgrace of homosexual worship here in the Jewnited States of Jewmerica.

No doubt, America’s newest hero will have no qualms when it comes to donning pink in the hot new fad of feminizing the manly sport of football under the guise of “good causes” which in reality are no more than Marxist social engineering indoctrination.

Maybe Sam’s agents can team up with the copyright owners of the works of famous children’s writer, Dr Seuss, aka Theodor Seuss Geisel, a noted Jewish propagandist for Stalin’s Marxism.

You can see it now, a cleverly designed spin off of “Sam I Am” & I’m Gay Too!

What a wonderful way to help young “goyim” minds to accept new ideas, overturn the accepted order of things, and fall in love with our latest and greatest sports hero.

This will help those young goyim to think that being homosexual is a “cool thing.”

But if having sex with another man’s feces is a “cool thing” then this country is toast.

God rained down fire on Sodom and Gomorrah.

The Jews are provoking God to do the same here in our Jew-ruined nation.

And Michael Sam is just another chump in Jewry’s plan to sodomize America.