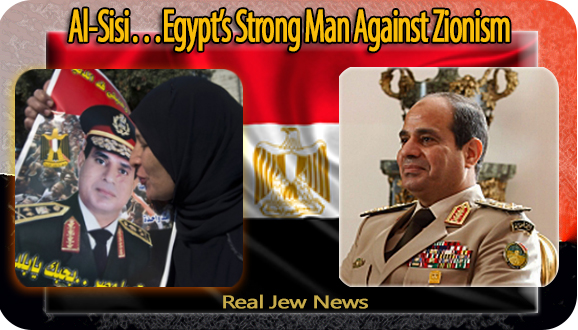 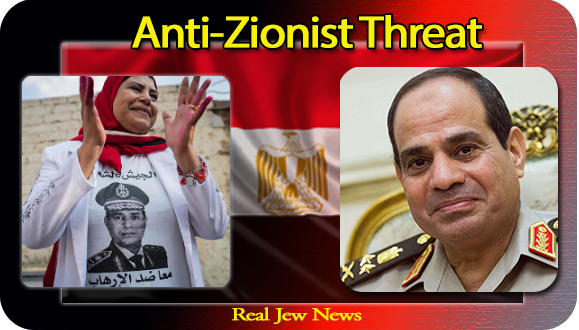 HE’S SMART, QUIET, LOVED BY HIS PEOPLE… AND an emerging threat to the Zionist program of international Jewry.


With the vast majority of Egyptians approving a new constitution last week, the outcome will surely result in General al-Sisi becoming Egypt’s next popularly-elected president.

A military-backed government is vigorously supported by the Egyptians who applaud the military’s ‘no-choice’ deposing of Morsi last July following mass protests over his rule.

“He’s Egypt’s deGaulle!” proclaims the country’s prime minister, underscoring the people’s hailing al-Sisi as a “saviour” who delivered them from the Muslim Brotherhood.

And in the euphoria of al-Sisi’s presidential prospects Egypt’s stock market is soaring.

The “quiet” al-Sisi—who plays his cards very close to his chest—had some very pointed words for Zionist puppet Obama last August who censored the general for toppling Morsi:

“You turned your back on the Egyptians and they won’t forget that. Now you want to continue turning your back on us?” View Entire Story Here.

This undisguised rebuke against Jewmerica’s Obama foreshadows an anti-Zionist posture by an emerging Egypt in the affairs of the Middle East with the VERY popular al-Sisi at its head.

The backlash against al-Sisi is now in full swing.

It’s called, “The New Sisiphobia,” where just like his Jew masters, Obama ignores the plight of Coptic Christians—(and all Christians worldwide)—but caters to radical Islam, a destabilizing force that furthers Jewry’s agenda of divide and conquer.

Led by by Jew-owned Time Magazine and the UAE’s The National, al-Sisi is belittled as a “new pharaoh” and “unfit” to rule.

But Egypt’s “new pharaoh” is hailed as the “Eagle of the Arabs” in the tradition of Saladin.

The “Eagle of the Arabs” is loved by both Muslims and Christians in Egypt. A devout Muslim himself, yet in pursuing a secular government wherein all minorities are insulated from persecution, al-Sisi has vowed to protect Egyptian Christians.

And strongman al-Sisi with pan-Arabic underpinnings and a recently inked military deal with Russia is making Jewry very nervous indeed.