The Jews Behind DHS Jeh Johnson 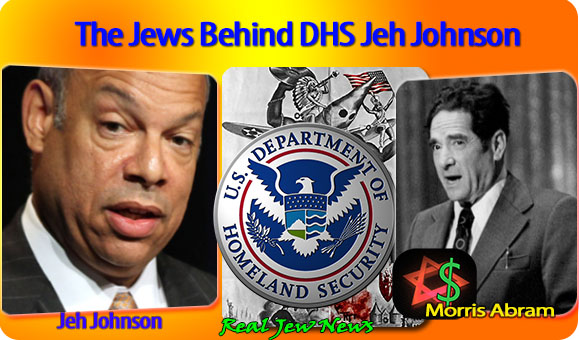 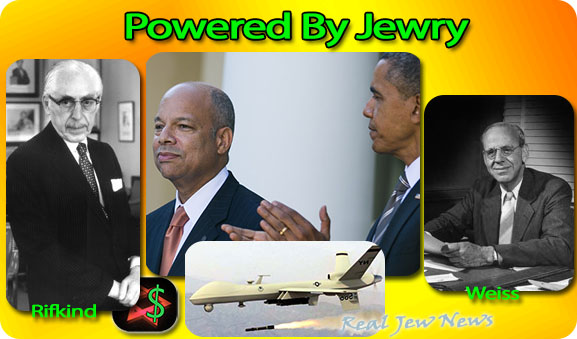 AMERICA’S LADDER of upward mobility has the word ‘Jew’ on every rung that leads to Jewish control of those willing to sell their souls for fame and fortune.


And Obama’s nominee to head Homeland Security, Jeh Johnson, is no exception…he’s been in the pocket of the Jews since day one of his earthly career.

Jeh Johnson was mentored by two of the firm’s well-known lawyers, the late Arthur Liman and Morris Abram, legal counsel to Martin Luther King and chair of the United Negro College Fund.

Perfect! Take a young “schwartza” fresh out of law school and mold him into a ‘politically correct looking’ shill to do Jewry’s dirty work in their ruinous remaking of America.

The Jewish ladder of upward mobility was set before Jeh Johnson’s polished black shoes catapulting him as the FIRST black partner of “Paul, Weiss, Rifkind LLP” in 1994.

When that special moment arrived to have yet another “schwartza” besides Obama as window dressing for Jewish rule, Jeh Johnson was trotted out of the Jewish law firm right into the Obama administration in 2009 as General Counsel for the Pentagon.

With a ‘Jew-ruled future’ set in motion for their black acolyte—Jeh Johnson was primed to do the Jews’ bidding in bigger operations than any ’schwartza’ could ever dream of.

Jewish sharks know a ‘Magic Negro’ when they see one. They got their ‘magic boy‘ in Jeh Johnson. 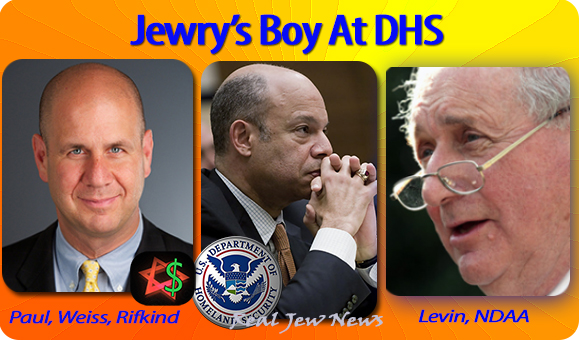 ADVANCING JEWRY’S AGENDA based on their ‘war on terror’ hoax, Jeh Johnson has shown himself to be the Jews’ perfect shill.

As Defense Department’s General Counsel, Johnson was the legal architect for formulating the legal sanctions for trying ‘terrorist’ suspects using military tribunals in light of the Jew-inspired NDAA legislation which denies US citizens due process.

Johnson also oversaw the US military’s use of armed drones and its targeted killing program including authorizing the extra-judicial murders of US citizens’ Anwar Al-Awlaki; his son, Abdulrahman al-Awlaki; Samir Khan; and Jude Kenan Mohammad.

(Don’t rejoice all you Zionist Christians. The ‘towel-heads’ are first…you’re next on Jewry’s kill list.)

With his background of approving a variety of murderous and unconstitutional actions, Jeh Johnson is the model stooge at Homeland Security to continue the work of his real bosses: