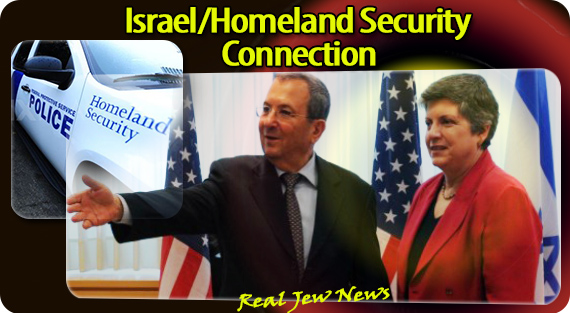 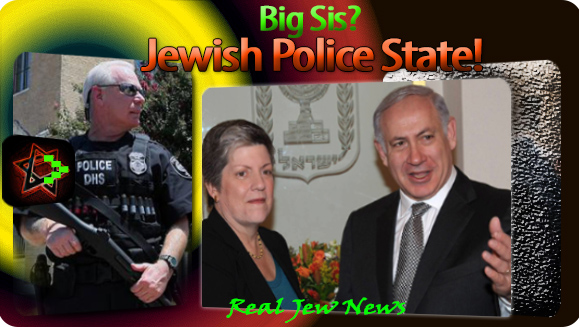 THE DISAPPEARING FRONTIERS of America’s Security infrastructure can now be mapped via a direct route between Washington and Tel Aviv.


The breakdown of America’s sovereign infrastructure (which initiated the process of the federalization of local police) occurred in 2008 when the Anti-Defamation League organized a joint training program between US Police Chiefs and Israeli Swat Teams.

Alex Jones would have us believe that “Big Sis” Napolitano is running the show at Homeland Security but this reputed lesbian is nothing but a pawn. 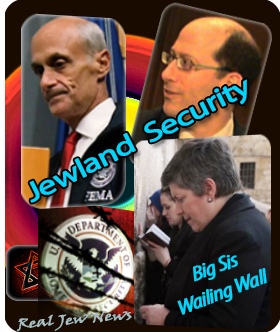 The MAIN players (yes, Jews) running DHS are Michael Chertoff and his gang of Jews at the Chertoff Group, the lead advisory ‘think tank’ shaping policy for Homeland Security.

And two Jews within DHS: David Heyman and Alan Cohn are the heads of policy. Yes, “policy” at Homeland Security is led and shaped by Jews.

In 2004, the Israeli Export Cooperation Institute and the US Chamber of Commerce launched the Homeland Security Master-Key Project in order to promote Israeli-American collaboration with 200 Israeli security-related companies fully engaged and participating in the Project.

In February 2007, Homeland Security chief Michael Chertoff and Israeli Minister of Public Security Avi Dichter signed a joint Memorandum of Mutual Understanding, setting out terms for security cooperation between Israel and the US.

The Memorandum called for joint planning and responses during a US state of emergency; US aviation security - including passenger and baggage inspection; and experimenting and evaluation of methods for detecting explosives.

Israel has also constructed an “operations room” for America’s national electricity grid and doubled the main operating center of computer and communications networks that monitor all commercial aviation in America.

In other words, Big Brother Jew Is Watching You both in TSA lines and when you strap on your seat belt.

Better put, a federal police force run by Jews has been brought to maturity since the 9/11 hoax…and a Jewish police state is now intact. 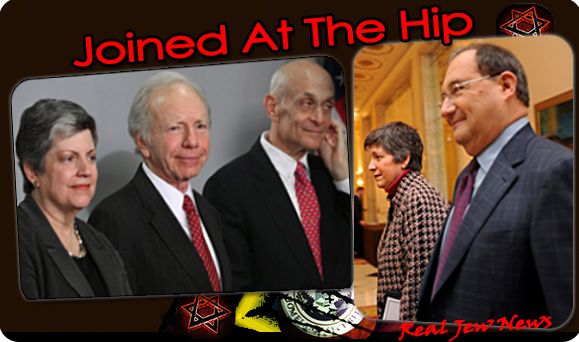 BIG SIS NAPOLITANO has been in the pocket of BIG JEW for a long, long time.

While serving as Attorney General of Arizona in 1998, Napolitano was awarded “Leader of Distinction” by the Anti-Defamation League followed by ADL’s “Torch of Liberty” award when she served as Arizona’s Governor.

In April 2012, Napolitano was once again bought by the ADL with the “Naomi Gorowitz Institute Service Award” which saluted Big Sis for her efforts in fighting ‘extremism’ in America with NO ‘terrorists’ to be found. Jewry has ENTIRELY changed the focus. 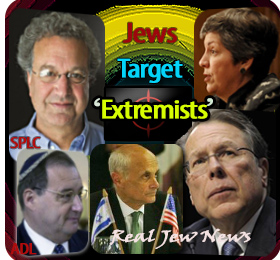 Big Sis returned the invitation, allowing BIG JEW to target law-abiding Gentiles: “Through partnerships with organizations like yours, the DHS is best able to identify those individuals and groups exhibiting dangerous behaviors and to intervene before they commit violent acts.”

With the help of the Southern Poverty Law Center—a Jew-intensive “special watchdog” for Homeland Security—an extensive list of ‘extremists’ has been compiled INCLUDING many Christian organizations.

And now, we have yet the LATEST Jew organization, Secure Community Network, joined at the hip with Homeland Security with joint training programs and siphoning off huge grants of tax payers’ money to “protect” multi-million dollar Jewish organizations.

Is there at least ONE patriotic Gentile currently active in mainstream politics who will demand that Jewland Security be dismantled?

If we don’t take this Jew-run federal police force down NOW then we’ll all be hauled off to their FEMA camps.

There are NO ‘terrorists’ in America. The Jews have known this from the beginning ever since they staged 9/11…a proven inside job.