How The US Military Turned Evil 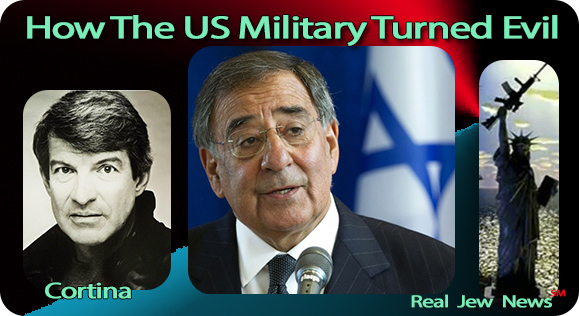 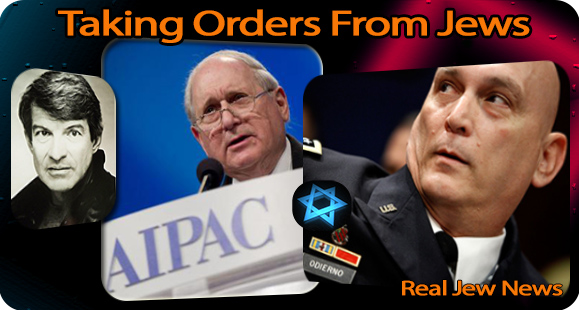 Br Nathanael: What evidence is there that the US military has turned evil?

Joe Cortina: It can be seen in the way the military teaches our sons about defending our nation.

Joe Cortina: The purpose of our military was and always has been to DEFEND our country from foreign aggressors.

But, it has turned from its true purpose to aggression, terrorism and imperialism. What we are now doing is pure aggression — the opposite of defense.

All of the serial wars of the past three decades have been wars of aggression — all fought for the security of a foreign power who is our mortal enemy, morally, culturally and economically.

Joe Cortina: Israel and its Jewish agents here in America who are loaded with money, more than enough to buy all of our politicians. Even the military is led by the nose by the Jews. 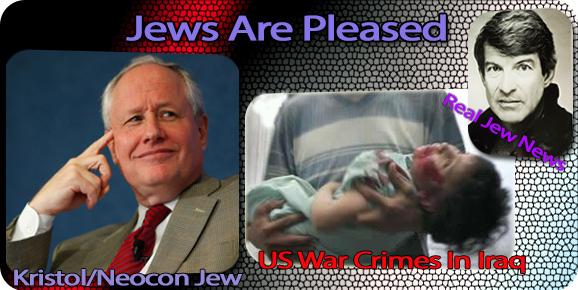 Br Nathanael: What has changed in our training that has made the US military an army of aggressors?

Joe Cortina: I have had substantive experience in training our sons in the military especially at basic levels and skills.

What we taught our young men when I was commander of E-5-2 and what is taught today to these same entry-level ‘grunts’ are ethically, morally diametrically opposed.

We are no longer training young men on how to DEFEND our nation but on how to aggress upon and terrorize innocent people who are the enemies of our real enemy, Israel, and the Jews who force Congress to support it.

What we are doing has absolutely NOTHING whatsoever to do with the safety of the American people.

As matter of fact, our insane irrational provocations and endless aggressions in our wars for the Jews have made the world more dangerous than any period in my lifetime. 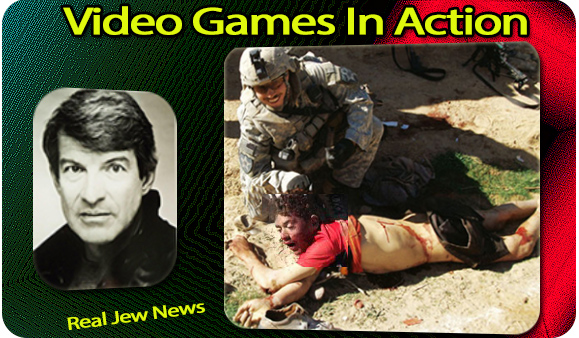 Br Nathanael: What it is in the current training that is so radically different than your own experience as a Green Beret in the 1960’s?

Joe Cortina: The entire Basic Training Manual has been altered by our Jewish masters with their ‘war on terror hoax’ so as to make terrorists and murderers out of our boys.

I saw exactly what my own son went through who recently completed Basic Training in the army. What I saw should be a wakeup call to every parent of our young trainees.

The criminals who now run the show, I mean Jewish neocons, AIPAC, and the Jewish-owned press, have prompted the military brass to teach our sons to invade private homes, terrorize the occupants, render them without any means of defense, and if a private—yes, a private—deems it necessary, to murder all the occupants. 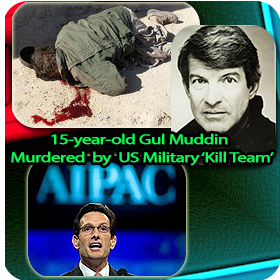 Br Nathanael: You use the words “terrorists” and “murderers” to describe our soldiers. Those are pretty serious accusations.

Joe Cortina: Murder is the taking of the life of an innocent human being without cause and with malice and forethought.

This EXACT crime — MURDER — has been committed countless times by our own sons in the past decade. Much of that murder has also included terrorist activity by pure definition.

I am more than text-book experienced with terrorism and all that it entails.

I know what terrorism is. And our sons who serve the Jews—NOT our country—have become just that, terrorists.

Br Nathanael: Is there documentation of these terrorist activities committed by our soldiers and the military?

There have been more war crimes committed by what I call sociopathic criminals in the US military in these wars against the enemies of Israel than in ALL of the wars we have engaged in for the past century.

Reports of US troops, disgracefully—mostly US Marines—men I have trained and for whom I USED to have the greatest respect have committed crimes that are so off the scale in sadism and evil against unarmed, helpless civilians that they would rival some of the brutality of the Stalin era.

Br Nathanael: How are these crimes reported?

Joe Cortina: Mostly by survivors of terror themselves revealing the crimes to journalists.

Other reports come from US soldiers with a guilty conscience such as Brandon Bryant, a US Air Force drone operator, who could no longer live with himself when he realized the drone he was operating killed a young boy in Afghanistan.

Keep in mind that statistics show us that less than ten percent of these atrocities ever come to light.

This means that for the hundred or so we actually know about there are probably thousands more where the evidence—I mean corpses—were ditched in canals or shallow graves or burned beyond recognition or covered up by soldiers sworn to secrecy who committed the murders.

Br Nathanael: What about the rumors of suicides in our military today? Wouldn’t this prove that our soldiers don’t really make good “terrorists” after all?

According to many accredited news sources including Reuters, CBS, NPR, and ABC, suicide rates are steadily increasing.

This is an ugly fact that every parent should know who thought it was so patriotic of their sons to go overseas to ‘defend our country’ when in reality they murder innocent people and destroy centuries-old cultures for the greater glory of Israel and their godless Jewish agents here in America.

Br Nathanael: You say suicides are actually increasing along with the war crimes? Is there some sort of correlation?

Joe Cortina: Of course. You can’t just take a decent, sensitive, moral kid like my son and turn him into a serial murderer of innocent human beings without serious repercussions.

In the last few years parents have lost more of their sons from suicides than have been killed in combat.

Let that disgrace of a nightmare sink in next time you see some Jew ’special’ on TV that glorifies our wounded warriors or sells another Jew-created ultra-evil war game (Jews run the Toy Industry by the way) that makes murder of innocent people look like fun.

Every day, one more young man who decides he can no longer live with the guilt of the horrors he either saw or committed himself blows his brains out. 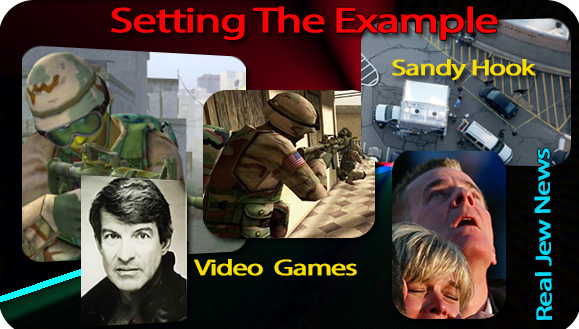 Br Nathanael: Is there a correlation between these so-called ‘lone gun’ shooting sprees such as what occurred last week in Sandy Hook and US military violence?

Joe Cortina: Without a shadow of doubt.

Young boys have seen the murders of innocent children by our Jewish masters in Israel with full support from our Jew-led government, Jew-run schools, and our Jew-owned media. They have also seen the same atrocities committed by our own military in Afghanistan, Pakistan, Yemen, and Iraq.

We have become a culture of death where murder of the innocent is sanctioned and glorified. No wonder then that our youth go on shooting sprees gunning down innocent children. Our military has set the example.

We have totally lost our Christian base. Jews have taken over our country, our military, and our culture.

Br Nathanael: How then can Jewish influence in our country be stopped?

Joe Cortina: It has to begin with the military.

And: US Military Trains To Clear Civilian Homes Click Here