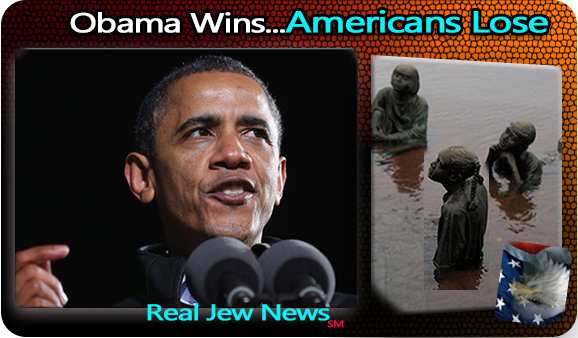 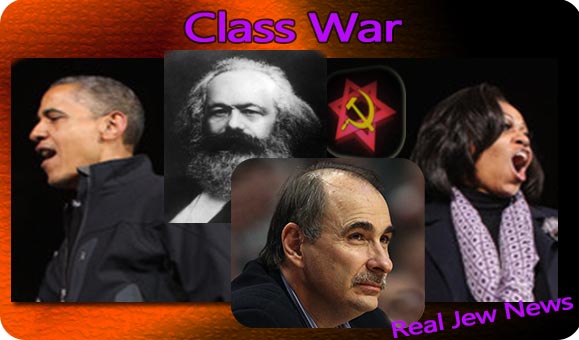 “AMERICA COMMITS NATIONAL SUICIDE” should have been the Front Page Headline of every major Newspaper in these formerly ‘United’ States of America, on Wednesday morning, November 7, 2012.


Instead, we were treated to the toothy, skull-like grin of the strangest man—and biggest fraud and liar—ever to hold residence in the White House: Half black, half white, half Muslim, full Marxist, half known, half unknown, full puppet, half heterosexual, half homosexual…and best Teleprompter reader ever to hold national office.

Obama’s “class war” (Axelrod’s media strategy during Obama’s entire campaign) has now come home to roost…and the Americans who voted for this socialist destroyer of the Republic are going to pay a terrible price for their imprudence. The tragedy, of course, is that the rest of us will, too. 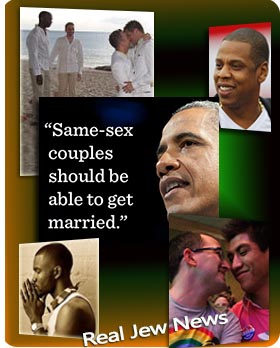 There is little doubt the majority of voting whites cast ballots against Obama…this was truly a ‘color’ election carried out by black and brown minorities in this withering, subjugated nation:

• Latinos, of course, voted against whitey…and partially in hopes of being gifted with blanket amnesty.

• Women and young people voting for that telegenic, ’sexy’ and ‘cool’ black dude.

• And the gay vote, of course, was a lock for the man with the invisible past.

And all they’ll get in return is a big fat bill to pay for their ObamaCare insurance, the NDAA, the Patriot Act and dozens of other Unconstitutional outrages the ‘Commander-in-Chief’ has ordained by decree….otherwise known as ‘Executive Order’….or via a criminally corrupted and complicit US Congress. 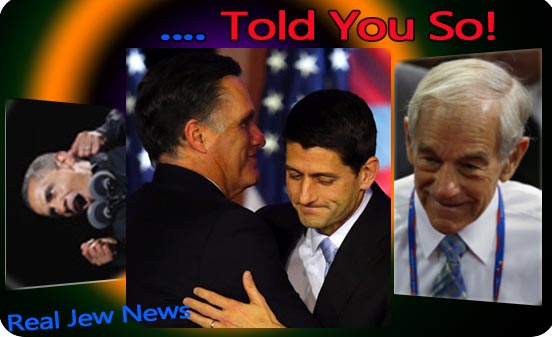 THE REPUBLICANS PULLED OFF a stupendous miracle. They actually selected someone who would lose to arguably the worst President in American history. Not easy to do…but the air-headed, incompetent Republicans orchestrated their own demise quite splendidly.

We must also keep in mind that 50% of those who voted…did so against Obama…and a vast number of Americans didn’t vote at all.

It will never be known how many Ron Paul backers just walked away. Or, out of true disgust for having been treated so shabbily by the Republican establishment, gave Ron Paul and Gary Johnson their write-in votes.

If Romney had the sense to name Ron Paul as VP…he would have crushed Obama flat as a pancake.

In any case, the only ‘crushing’ Americans will be seeing will be their own…and the flattening of what’s left of their Bill Of Rights and of the most wonderful, inspired document in world political history…the Constitution of the United States of America.

Obama may have that populist appeal but it’s all smoke and mirrors:

• Both Jewish Wall Street and the Jewish Lobby own Obama just as they owned Romney.

• The “99%” will still be out of work as offshoring to China and India continues at unabated and breakneck speed.

• The Jews will guarantee that at least $3 BILLION of taxpayer MONEY goes to Israel while the “people” watch their homes being foreclosed upon and their just-out-of-college sons and daughters ‘moving back’ with them in their ‘trailer park’ homes and bringing along their student loan debts of often $100,000 or more. 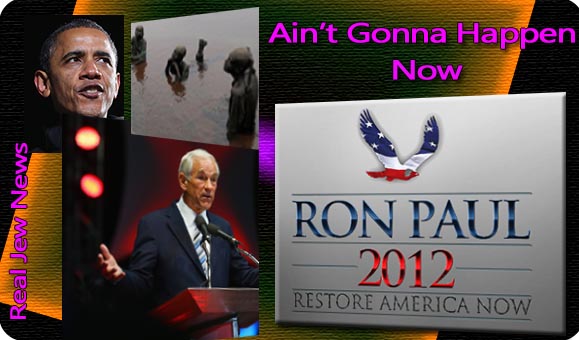 AMERICA IS FINISHED. There is NO turning the clock back now to “restore America” as Ron Paul and his supporters had so fervently hoped to accomplish.

To reverse such monumental damage, this nation and its remaining genuine patriots would actually have to start all over with the next generation of children…and develop them into responsible, thinking, competent, informed citizens. But we all know that will never be allowed to happen.

Those who voted for the criminal fraud Obama are going to reap a bitter, and sometimes deadly, harvest.

The nation is divided and polarized as never before…all by clever and long-term social engineering and mass mind control.

Engineered despair and discontent abound and enforced Centralization will continue unrestrained, providing Jewry with ever more direct control over our daily lives.

The Patriot Act, the NDAA, ‘Free Trade,’ ObamaCare, Drone Surveillance, The Obama Kill List, Countless Executive Orders, nearly 50 Unconstitutional ‘Czars’ and too many other astonishingly illegal acts, will unceasingly continue to deprive Americans of their lives, their liberty and their pursuit of property…