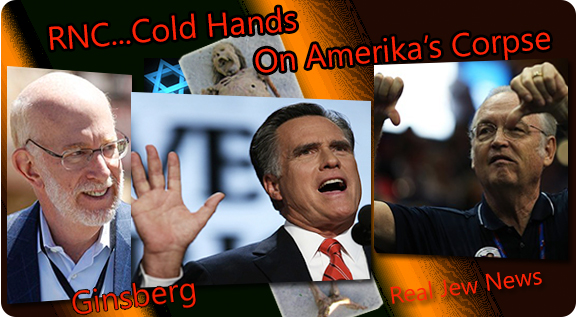 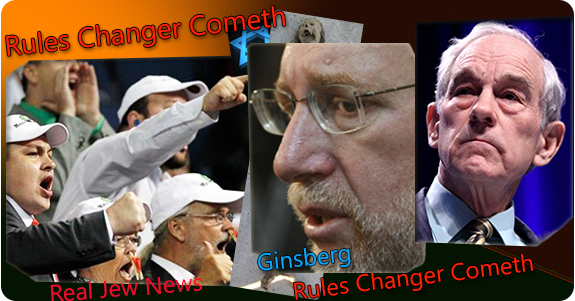 WHEN BLEARY-EYED House Speaker John Boehner asked from the podium at RNC’s opening day for a vote on the “rules” change, the NAY votes overwhelmed the AYE votes.


Yet, reading from a pre-scripted Teleprompter, Boehner willfully ignored the Ron Paul people — ALL the NAYS — and those siding with integrity, and announced: “The ayes have it.”

Ron Paul’s Delegate Count was then — throughout the rest of the RNC sham show — not permitted to be announced from the podium. Once again, the Teleprompter ruled. 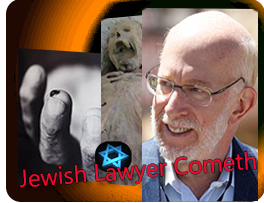 The cold hand behind the “rules” change which consigned Ron Paul and the last hope for Amerika to the grave was none other than a Jewish lawyer.

No, the Jewish lawyer wasn’t hired to chase an ambulance to suck a few hundred thousand out of some insurance company.

Instead, the Jewish lawyer, Benjamin Ginsberg, a veteran Republican hired-hand who devised the 2000 Florida recount in Bush’s undeserved favor — and now making 6 figures as Romney’s campaign lawyer and chief strategist — was employed to write the rules change in order to cast Ron Paul and his delegates to the dogs and into oblivion.

You see, if there is any injustice perpetrated in Amerika, or for that matter, down-right evil, you can count on some colour of Jewry to be behind it.

THE COLD HANDS carrying the coffin of Amerika’s corpse belong to Jewry’s shills: Boehner, McCain, Jeb Bush, and all the rest of Jewry’s indentured slaves.