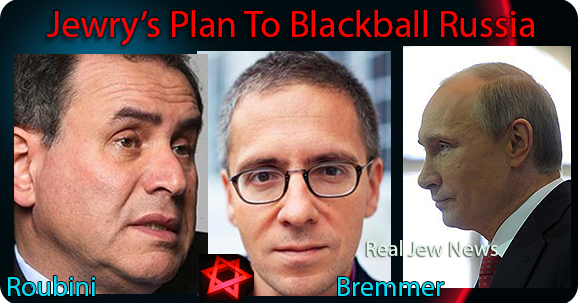 TWO ‘MEDIA’ JEWS who enjoy lavish exposure by the Jewish-controlled Press are gritting their teeth hoping to take a bite out of Russia’s President, Vladimir Putin.


In a feature OpEd of the Jew-dominated Financial Times, “Time To Blackball Russia’s Autocratic State,” (& Here), Ian Bremmer and Nouriel Roubini—both Jews—just can’t seem to satisfy the anti-Christ rats in their bellies in their malice toward Christian Russia.

Bremmer (founder of the Eurasia Group as a means of bringing Jewish hegemony over Eurasia) and Roubini (touted as an innovative economist) are calling for Russia to be “blackballed” and justify their wishful Jewish fantasy with a pack of Jewish lies: 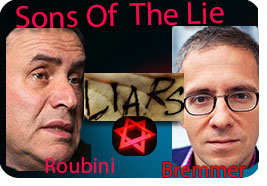 “Corruption is endemic in Russia. Graft is a particular problem. Capital flight has reportedly accelerated since Putin’s re-election in March.

Russia’s population is falling – because healthcare is poor, socially driven diseases such as alcoholism is rampant, and well-educated Russians are leaving in search of better opportunities elsewhere.” View Entire Story Here & Here.

Indeed, a froth-full of lies spew forth from Bremmer’s and Roubini’s Jewish lips.

Contrary to their assertions, there is NO demographic crisis in Russia. The population of Russia has increased by one million since early 2011. In the first quarter of 2012, Forbes Magazine responsibly reports, Russia’s population grew by 31,000.

Yes, there was a crisis in the 90’s when the drunkard Yeltsin was in the hands of the Jewish oligarchs. But, this crisis has been gradually arrested.

BOTH PUTIN AND MEDVEDEV, (after 80 years of Jewish Bolshevik domination), are addressing corruption and graft issues. 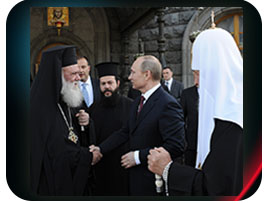 Rumours of capital flight occurring since Putin’s re-election are exactly that, “rumours.” The rouble under Putin is actually being promoted by investment experts as the least risky investment.

And as regards “social diseases” such as alcoholism, Putin has revived the Orthodox Church; closed down all the casinos in Russia; taken over the Jew-owned TV stations and instituted religious programming; introduced Orthodoxy 101 into Russia’s public schools; forbidden “gay parades” — all of which are part of Putin’s efforts to stave off vice and immorality.

Moreover, for Bremmer and Roubini to heap praises upon communist China (a hundred times more repressive than Russia) while hell-bent on blackballing Russia for being an “authoritarian” state, one wonders if these Jewish ‘experts’ are simply blinded by their fear of Putin. For there is no man Jewry fears more than Vladimir Putin. 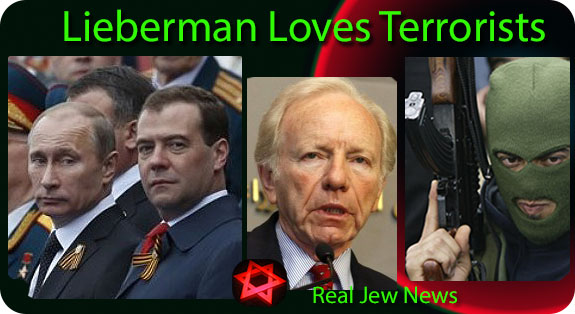 BREMMER AND ROUBINI launched their smears against Putin by denouncing Russia’s opposition to a “humanitarian” intervention (Read: Jewish decimation of a sovereign nation) into Syria.

But Russia under Putin still has the last word with respect to Syria recommending to UN envoy, Kofi Annan, “an unbiased probe” of the murders in Houla.

Both Russia’s foreign minister, Sergei Lavrov, and The Associated Press, stated that the 108 murdered in Houla were killed at close range—execution style—indicating the work of armed terrorists rather than the Syrian army.

But do you think this matters to Jewish Senator, Joseph Lieberman, Romney’s favorite pick for State Department head? No. 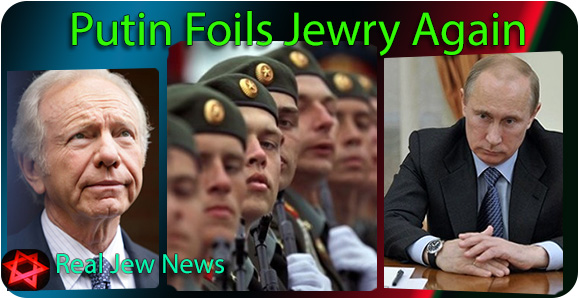 THIS BLOODTHIRSTY Jewish warmonger Lieberman who proposes “arming” the Syrian rebels is now calling for a US military intervention to dismantle Syria into competing militias and warlords to pave the way for a Greater Israel.

But Bremmer, Roubini, and their Synagogue buddy, Lieberman, can spout, demand and propose all they want.

For with Russia’s arms shipment and anti-terror troops newly arrived in Syria’s Port of Tartus and with Putin’s inauguration of the Nord Stream Pipeline—heating the homes and fueling the industries of an energy-starved Europe—Jewish fantasies to “blackball” Russia are no more than paper dreams.

And since it is moral integrity that these Jews are scorning, not only are they on the WRONG side of history but they’re on the RIGHT side of Hell.