The End Of The Jewish Age 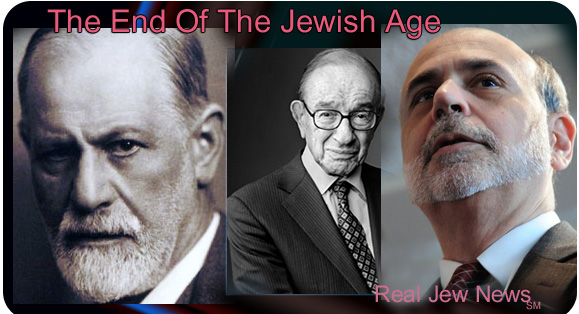 THE END OF THE JEWISH AGE
By Brother Nathanael Kapner, Copyright 2012

SOME HAVE CALLED the Twentieth Century, the “American Century,” a term used to describe the United States’ dominance over the rest of the world.


But Jewish historian, Yuri Slezkine, identifies the last hundred years as the “Jewish Century,” his own term by which he describes Jewry’s emergence from the ghetto into the realms of civil activism.

In fact, that is the title of his much-acclaimed (by Jewish reviewers of course) 2009 historical work, “The Jewish Century,” published by Princeton Press.

It is in this range of vision that French Jewish writer Alain Finkielkraut exclaimed in 1998, “How sweet it is to be Jewish at the end of the 20th century! We are no longer History’s accused, but its darlings. The spirit of the times loves, honors, and defends us, it even needs our imprimatur.” 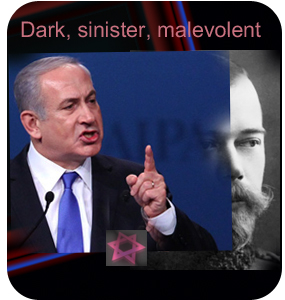 Jews today are the “darlings of democracy” ever since international Jewry destroyed the last vestiges of benevolent Christian Monarchy when they murdered Tsar Nicholas and family in 1918, probably the most beautiful family that ever existed in contemporary history.

And now, with billions of dollars at their command, control of the Central Banks with the Jewish-owned Federal Reserve Bank at the head, and all of Capitol Hill cowering before AIPAC’s thuggish mediocrities during its Week Of National Humiliation, “democracy” has been BOUGHT by organized Jewry, and sadly, the Western world has reaped its poisonous fruit.

WHILE TRACING Jewish migratory patterns throughout the Diaspora in his book, Slezkine brings to light that the many faces of modernity — socialism, capitalism, liberalism — sprang largely from Jewish influence.

Without dispute, the major cultural movements of our day whether it’s Marxism, Bolshevism, Finance Capital, Freudianism, or Post-Christian Sexual Mores, all find their roots in Jewish activism seeded in Jewry’s “revolutionary” spirit.

But underlying this revolutionary temper lurks a force that is much more sinister, dark, and malevolent, than any movement or revolution could ever effect. 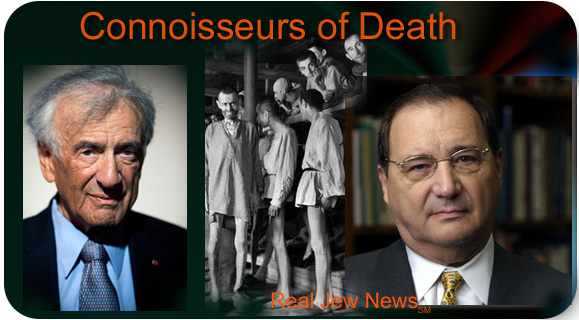 WE ARE NOW LIVING in a “Holocaust Remembrance” society.

Touted as the central event of the 20th Century, high school students throughout the Western World will continue to be force-fed with Holocaust dribblings and never once hear of how Jews of the Bolshevik Cheka murdered over 70 million Orthodox Christians.

The so-called ‘extermination’ of European Jewry by Hitler’s Third Reich, (Holocaust connoisseurs have yet to provide evidence of gas chambers), has become an image of Western civilization, replacing the West’s symbol of the Resurrection of Christ with the remembrance of dead Jews.

The death of Jews now permeates all of Western cultural consciousness – through movies, television, books, high school courses, museums – and now, “special days,” dedicated to the worship of Jewish corpses where even Westernized Chinese leaders pay adoration and homage. 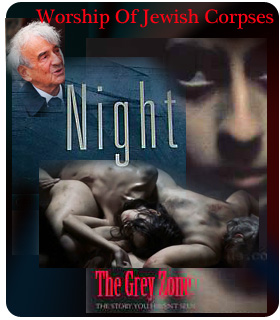 This Jewish fixation on death vis-a-vis their dead relatives, (every Jew has an ‘aunt’ or ‘uncle’ who was ‘gassed’ at Auschwitz), and subjecting every Gentile to the veneration of such, is nothing less than the spirit of anti-Christ which denies the incarnation of Christ, the life-affirming event of the manifestation of man’s divinization.

ONE MUST WONDER amidst all of this Jewish suffering now honored as sacred, holy, and inviolable, how it is that Jews enjoy greater creature comforts than their fawning Gentiles will ever come close to possessing.

One must also reflect amidst all the pity Jews demand be showered on them that not one ounce of mercy pours forth from their lobbyists for the plight of Palestinians, who, at the hands of Zionist Jewry, have seen their children murdered, their wells poisoned, and their villages and olive groves stolen.

And surely, one must ask amidst the pervasive “Jewification” of Western culture, how long this ‘Jewish Century,’ this ‘Jewish Age of Death,’ can last?

If the symbol of Western Culture is indeed Jewry’s affirmation of death, then like a leaf in the burning heat, their day in the sun will soon wither and crumble away.

And: The Jews Who Murdered Tsar Nicholas II Click Here

And: What Really Didn’t Happen At Dachau? Click Here