The Call For A Military Coup 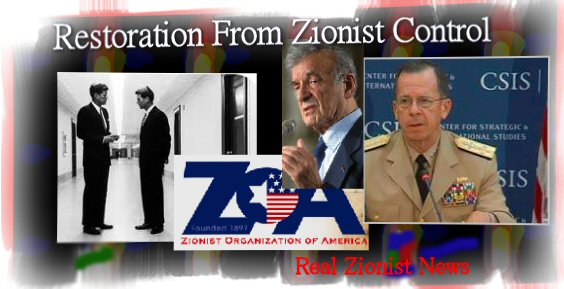 THE CALL FOR A MILITARY COUP
By Brother Nathanael Kapner, Copyright 2010

TWO RECENT CALLS for a military coup brings the prospect of martial law in America into a singular and fresh perspective.


In 2007, black political analyst, Thomas Sowell, lamenting the undermining of traditional values and the promotion of diversity in America by politicians, educators, and media moguls, remarked, “I can’t help wondering if the day may yet come when the only thing that can save this country is a military coup.”

Two years later, former adviser to the Carter administration, John L Perry, outlined the possibility that America’s military could “intervene” as a last resort to resolve the “Obama problem.”

Backed by financier Richard Mellon Scaife, the musing Perry appealed to the Constitution to suggest the legality of a military coup:

“Top military officers can see the Constitution they are sworn to defend being trampled on.

These officers swear to defend the Constitution against all enemies, foreign and domestic. Unlike enlisted personnel, they do not swear to obey the orders of the president.” View Entire Story Here.

In a recent interview, Ex-Green Beret Joe Cortina, put forth that Congress has placed itself under the yoke of International Jewry and its Jewish-American agents at home.

Thus, Cortina argues, because Capitol Hill has subverted the military oath to defend the Constitution against “foreign and domestic enemies,” the military is under no obligation to obey a civilian authority that has been usurped by Jewish interests acting as agents of a foreign state.

In fact, President John F Kennedy and Attorney General Robert Kennedy attempted to have the American Zionist Council, (the parent organization of AIPAC), registered under the Foreign Agents Registration Act, but the power of Jewry was stronger than these two high ranking and powerful executive officers.

MILLIONS OF AMERICANS, although oblivious to the Jewish takeover of America, are awakening to the trashing of the US Constitution as protested by the Tea Party movement.

And with the increasing disgust with the elitism of the unconstitutional Federal Reserve Bank, popular support of Ron Paul, now head of the House Monetary Policy Subcommittee, giving clout to his war on the Fed, is at an all time high.

But what the “Constitution lovers” fail to recognize is that with 99.9% of our politicians having sold their souls to Jewish money — and with three Jews serving on the Supreme Court — the prospect for “ending the Fed” or “restoring the Constitution” is impossible.

Thus, the call for a military coup takes on a whole new favorable face.

For the feasibility of the Officer Corps shutting down the Fed, canceling all debts on the grounds of the Fed lending counterfeit money, and establishing a National Bank that coins its own money, lends a pleasing savor to the prospect of a military restoration of America. 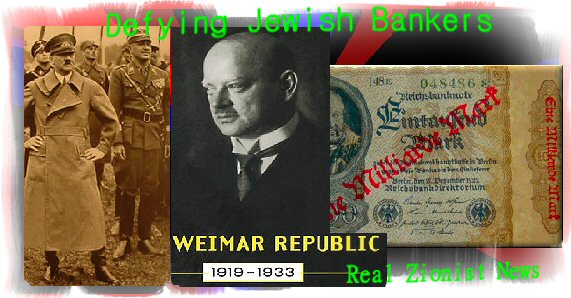 WHEN HITLER CAME TO POWER IN 1933, Germany was bankrupt and plagued by high unemployment while hyper-inflation had depleted its national Treasury.

Germany had no choice but to resign itself to what was imposed upon them by the Versailles Treaty — debt slavery under international Jewish bankers.

But in 1933, when the National Socialists were elected by popular vote, the much-loved Fuhrer freed the Germans from the Jewish yoke. 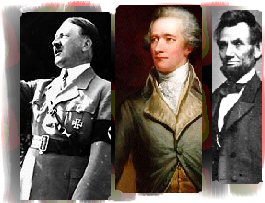 Hitler began a public works program wherein workers were paid certificates of credit which were essentially receipts for labor delivered to the government. Hitler said, “For every mark issued, we require the equivalent of a mark’s worth of work.”

Hitler’s revival of the nation’s economy was short-lived due to Jewry’s declaring a global boycott of Germany and enlisting a universal revenge on German independence from its control. View Entire Story Here, Here, & Here.

Indeed, while the allies enjoyed a military victory over the German uprising against Jewry, the political victory of Jewish hegemony over Europe and America solidified.

But, a “military & political victory” in the form of a coup, liberating America from its slavery to Jewry, could bring fresh hopes to a nation in economic collapse and deep internal crisis…