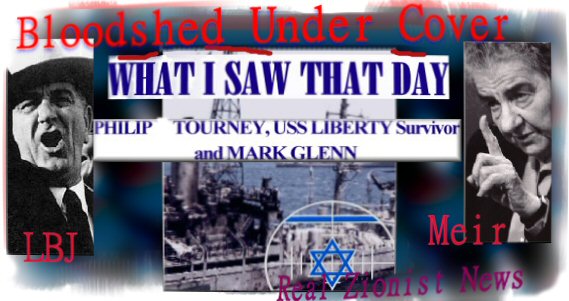 Order “What I Saw That Day” Here 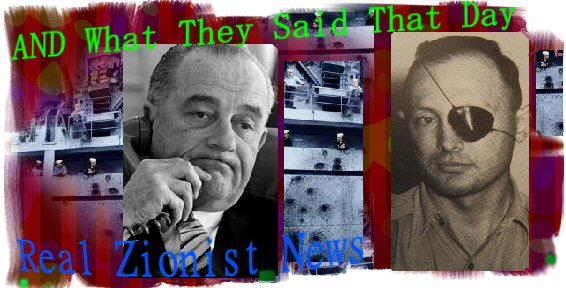 THE UGLY TREE BEARING THE BITTER ZIONIST FRUITS of violence and oppression did not just spring up over night.

The roots of this bloody business run deep, and in particular, to a specific event that took place 43 years ago this past June 8th. What this reviewer, Brother Nathanael Kapner, is referring to, is one of the darkest days in American history when a United States ship — the USS LIBERTY — was deliberately attacked by the Jewish state, resulting in the deaths of 34 Americans and the wounding of 174 more.

The US government, owned lock, stock and shekel by the same Jewish interests intent upon bankrupting America through an interminable series of devastating wars today, warned the survivors of this act of war never to speak about it, threatening them with prison or of being killed if they did.

It was only after 30 years that the captain of the USS Liberty, Commander William McGonagle, came forth in 1997, saying, “It’s about time the American government provided the crew members of the Liberty and the rest of the American people the facts of what really happened and exactly why the Liberty was attacked by Israel.”

Yet, in spite of McGonagle’s insistence, the United States government and its Zionist-controlled military persist in its cover-up.

The alleged co-conspirators of the plan to annihilate the ship and crew of the USS Liberty were US President Lyndon Baines Johnson, Defense Secretary Robert McNamara, Israeli Foreign Minister Abba Eban, Israeli Minister of Defense Moshe Dayan, and Israeli Labor Party Secretary Golda Meir. Their purpose was to create a “false flag” vis-a-vis the attack on the USS Liberty during the Six Day War with the blame laid on Egypt.

Thus the Zionist-controlled West could justify a US-Israeli attack on Gamal Nassar’s Egypt and drive out the Cairo-centered Russians who were gaining influence in the Arab world.

One survivor however, Phil Tourney, more concerned about his country than the threats leveled against him, has made it his personal mission to defy those orders demanding silence. In addition to doing many hours of radio shows per week where he describes in terrifying detail the events he witnessed that day aboard the USS LIBERTY, Tourney has also recently co-authored a new book detailing the events of that day and the subsequent cover-up.

Entitled, “What I Saw That Day — Israel’s Holocaust Of American Servicemen Aboard The USS LIBERTY And Its Aftermath,” the book is truly a must read if ever such a description exists.

While several books have been written on this topic, none approach it from this very human, critical, up-close-and-personal point of view as Tourney’s account does. A few excerpts from the work will suffice in giving the reader a taste of what it contains…

“Once on the main deck, we were not prepared for what we were about to see…Nothing but human remains strewn about the place - blood, hunks of flesh and fragments of bone.”

Along with my fellow crewman Rick Aimetti, in between volleys of machine gun bullets and rockets, we would dart out from safe cover, grab the wounded one at a time, drag them across the deck and throw them down the hatch. Others down below picked them up and took them someplace where they could be treated. It took us about fifteen minutes to clear the decks of those who were alive and could be saved…”

IN DESCRIBING THE MOMENTS WHEN THE SHIP was awaiting the blast of an Israeli torpedo that would result in the instantaneous deaths of 25 US servicemen, Tourney describes it thus- - -

“As I crouched there, waiting for the explosion, my talk with God was short but sweet - ‘Lord, if this is the way it’s gotta be, then it’s gotta be. I’m sorry if I ever disappointed you…’

As the seconds peeled away like minutes, I waited for the blast. When the explosion came, it was literally deafening. Being directly above it by a mere eight feet, my eardrums were blown out, something I live with to this day as a reminder of what happened.

The ship was picked completely up out of the water by the explosion. When it came back down it bounced like a ball that had been tossed onto the pavement.

Now, with what I had left of my hearing, I could hear new sounds, namely the moaning and groaning and wailing — not of wounded men, but rather — of a wounded ship as metal gave way to the rush of sea water within the compartment directly below me.

That the ship had not blown up meant the torpedo had not hit the engine room, for if it had and all that cold sea water had hit the boiler running at full bore, we would have gone up like a stick of dynamite.”

WHEN RETELLING HOW HE CARED FOR THE WOUNDED, the images painted by Tourney are equally stark- - -

“I turned to see one of my fellow enlisted men, Gary Blanchard, lying on a table right next to me in a puddle of his own blood that seemed to get bigger second by second.

His first words to me were to ask that I remove his socks, saying his feet were on fire. I did as he asked. His next words were to ask if he was going to make it. I could do no more than shake my head ‘no.’

Doc came over and unbuttoned Blanchard’s shirt. I figured he was going to examine Blanchard’s wounds, although I could see there weren’t any - at least in the front. A second later however when I saw that scalpel in Doc’s hands, I knew what was coming.

Doc started at his chest bone and cut him open all the way to his groin. As fast as he opened him, Blanchard was on his way to a better place. Doc, seeing that Blanchard was gone, put two or three stitches in him to hold his guts together and then moved on, because there was so much more work for him to do.” 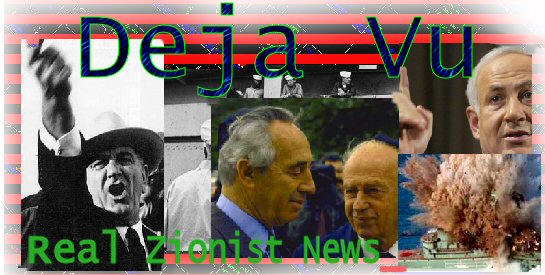 BACK TO THE FUTURE

THE EXCERPTS ABOVE are but a small sampling from a mountain of very moving testimony from this highly-decorated American war hero.

What makes this 222 page book by Phil Tourney so important, (in addition to detailing an overt act of war against the United States by the Israelis,) is that he makes the connection between the past and the present.

In doing so, what the reader is inevitably left to conclude is that all of America’s ills regarding the Jewish lobby’s power in shaping Middle East policy today stems from the fact that when Americans were being attacked and murdered on the high seas by the pirates of the Mediterranean — namely Israel — the government of the United States did nothing to prevent the attack nor punish the murderers.

In sum, this is the kind of book that can be handed to the most propagandized American who believes that Israel is America’s only ally in the world. What the book does in short order is demolish that illusion like shaking someone awake from a bad dream.

But I must caution those who do buy this book. If you begin your reading before going to bed, you will still be up by morning turning the pages until you get to the shocking end…