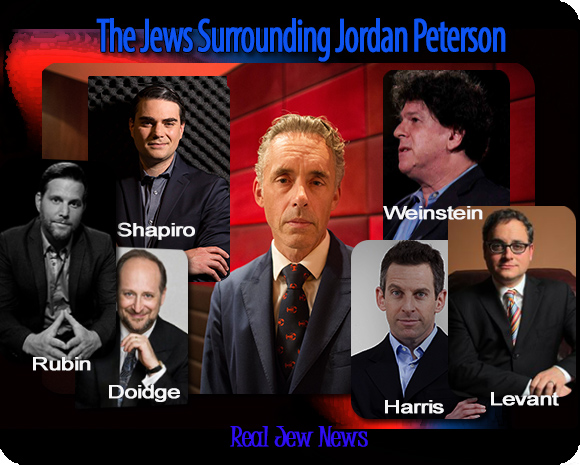 IF THE NEW YORK TIMES is promoting it as an alliance of intellectuals foiling the mainstream conversation then you know the conversation is Jew approved.


The “alliance”—known as the Intellectual Dark Web—is Jew heavy, peppered with sodomites, with not one member openly anti-Jewish or anti-Israel.

Others are white atheist liberals with a couple of Middle Easterners thrown in for diversity’s sake, one of whom is a Lebanese Jew.

In other words, queers, fags, jews, patsies, and God-haters make up the roster.

As for Peterson, a Canadian Professor of Psychology, (hailed as an alt-right guru who styles himself as a “classic British liberal” and vehemently opposes any form of white identity), he adroitly uses his role as a Pied Piper and gatekeeper attracting young white males in order to destroy the rising political right wing, subvert any form of European pride or nationalism, and divert them from awareness of White ethnic identity. Perfect shill for the Jews!

ON THE SAME HAND, his self-help cult of personality driven by an aggressively Jewish and atheist intellectual clique determined to erase Christ from American life, serves to distract white males from exploring authentic Christianity by promising that all of life’s answers can be found within the individual.

Does Peterson believe in God? He claims he’s religious, but doesn’t like the question. “It’s private,” he stonewalls. “I act as if God exists and that I’m terrified that he might.” PURE Talmudic BULLSHIT!

And under the cover of using white identity memes, Peterson positions himself for group diversion, and making a ton of money doing it.

And branding himself as a “radical individualist,” Peterson has no problem with “individuals” claiming to be homosexuals or transgenders.

“I don’t object to transgender persons,” Peterson said in a recent interview, “I object to the foisting of ideological motivated legislation on a population not ready for it.” 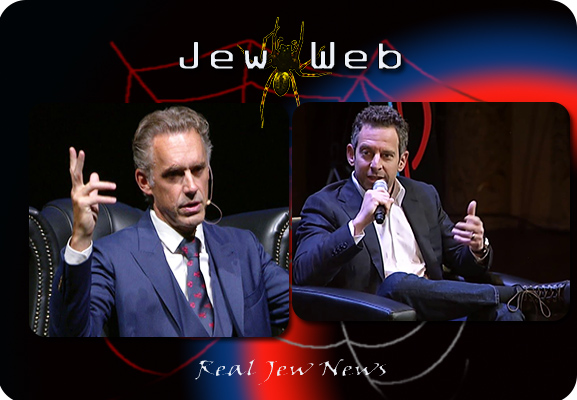 A USEFUL GOY by any other name would smell the same.

For what you get in “Jordan Peterson” is a man who rose to the top via the enabling of a coterie of Jews who habitually control all sides of the political and cultural narration.

Get the man tarred as “far right,” “extremist,” “conspiracy theorist,” and you’ve got a ready-made poster boy for the Jews to trap genuine alt-right enthusiasts into their web.

And while drawing young whites into the web of Jewish deception, Peterson openly rails against “the pathology of racial pride,” and “the danger of European ethnic pride movements.” 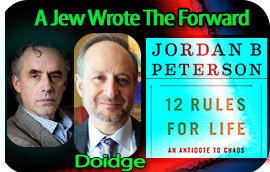 IN HIS TYPICAL Talmudic jugglery, Peterson flirts with white-nationalist memes, overlaps them with various ‘hot’ issues, yet keeps to the Jewish script of promoting Zionism, the HoloHoax, and decrying anti-Semitism.

In an Open Letter To Deborah Lipstadt (a vicious Jew bitch who accused Peterson of inducing Jew-hatred), Peterson replied:

“I’ve been teaching the horrors of the holocaust for 30 years trying to convince students of the probability that they’d be among the persecutors had they been there.”

There you have it! A bona fide Jew lover and a genuine Gentile shill!

Peterson’s only notoriety rests upon his opposition to Canadian legislation that would force him (no one else but him) to use gender-neutral pronouns such a zim, zee, and zis, only because it’s “foisted on a population not ready for it.”

His Jewish enablers grabbed it, aimed it at young whites, and lured them into their web.

Aren’t you glad you don’t shill for the Jews? Don’t you wish every Goy didn’t?

Are Jews Our Misfortune? Here

Notes From A Gas Chamber Here

My Name Is Hymie Goldstein Here