The Kushner Plan That Isn’t 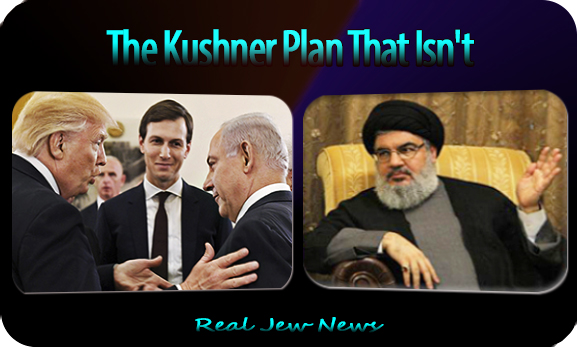 “TRUMP AND NETANYAHU MIGHT PUSH the region into war,” warned Sayyed Nasrallah, Secretary General of Hezbollah’s parliamentary party in Lebanon.

Emerging as a prominent voice of the Palestinian cause, Nasrallah speaks to the soul of the Palestinian people, and its resonance in the region and around the globe poses a true existential threat to the pernicious Zionist Project.

Responding to Trump’s recognition of Jerusalem as the ‘Capital of Israel,’ Nasrallah softened the blow with tempered foresight:

“Our aim is to drain the Zionist entity taking advantage of time. But if the enemy pushes the region towards war the Axis of Resistance should always be ready for that.”

But with a sense of confidence Nasrallah asserts:

“With our military pillars of Iran, Syria, Iraq, Palestine and Yemen, the ‘invincible army’ can be defeated. The Israeli soldier is a coward bereft of the capability to fight. He couldn’t take one step without aerial support, the problem is within the Israeli soldier not with his tanks and aircraft.”

These are fighting words that hit the Jewish nerve. For the Jew has lost his mission in the world, that is, if he ever had one.

And despite Israel’s military power, the Jew hasn’t won a war since 1965, not even against Gaza. The Palestinians have no military yet it takes twenty IDF thugs in full battle gear to arrest one skinny Palestinian youth armed with only a stone-throwing sling.

Gaza still stands, the Palestinians determined, remaining defiant. In the West Bank, a Jewish soldier slaps a Palestinian girl, she slaps back and emasculates the entire Israeli nation and the international Jew is re-circumcised who supports the effeminate Jewish state.

The Zionist Project is stripped of any moral attire. Instead, the Jew is dressed in the rags of criminality where his money and lobbying are his only power.

His plans, his programme, his bribes, and his lobbies, could collapse in an instant. 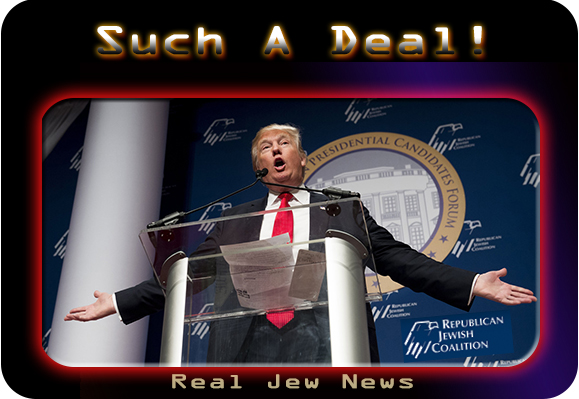 SINCE NO ONE KNOWS what the Kushner Middle East Peace Plan is, and that a secret plan is in the works, (which was first announced last May), then one can safely conclude there is no plan.

It’s all so much hot air that only differs from the usual hokum Jews blow in the goyim’s face in that it’s Trump’s “biggest deal” he’ll ever make.

But Trump, like every hack in DC, can’t cut any deals without sanction from the Jews who run this country beholden to Jewish interests, Jewish money, and Jewish dictates.

The trick is, (Jews are masters at tricking the goys), simply continue saying a secret plan is in the works, keep kicking the expected publishing date down the road, and voila!…every inch of Palestine is annexed by Israel.

Then all you gotta say is, “What need is there for a peace plan? The Palestinians and Iran want to destroy us!”

This is the Jewish way: Avoid, deflect, promise, reverse, then blame. 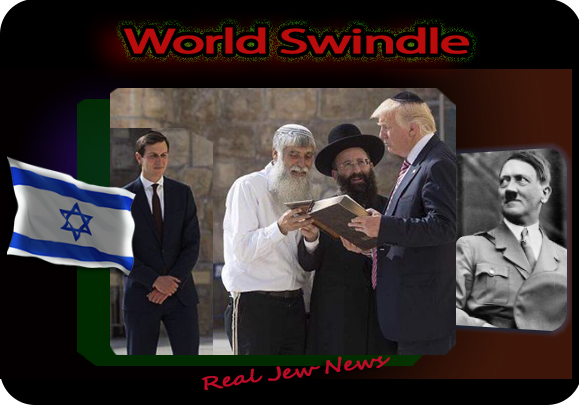 ONE IS TEMPTED TO ASK, “What’s the solution? Can we finally rid the world of the Jewish menace and the center of its world swindle in Jerusalem?”

The Jew will answer, “Hitlerism rises again. Israel is our only protection against the spirit of Hitler with its unceasing Antisemitism.”

The Muslim will answer, “We must retake Al Quds, our holy city, back from the Zionists.

The Orthodox Christian will answer, “Jerusalem is Sodom and Egypt where our Lord was crucified. We worship at the heavenly Jerusalem not the earthly one.”

For our churches are places of worship like embassies from the heavenly Jerusalem where we celebrate the divine services with “an innumerable company of angels, and with the spirits of just men made perfect.”

Thus, we address the persistent Zionist headache by internationalizing Jerusalem with its pilgrimage sites of the three representative religions placed under specific oversight; we continue resisting the Jewification of Jerusalem; and then we push for a one-state solution.

Once the Arabs outnumber the Jews the Israelis will flee in droves.

Palestine can be saved. But America with its Jew-infestation is a whole other story.

And: The Kushner Plan That Plopped Here

And: Bannon Woos The Jews Here