Dreaming Of A Sci-Fi Jewish State 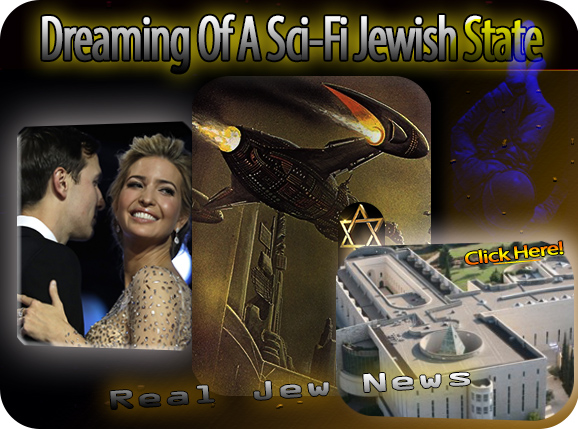 WITH HOT SWEAT running down my neck I had an encounter with the future in my dream last night.

I dreamt I was at the White House in the West Wing when Ivanka Trump came out to greet me holding a Hanukah Menorah.

“Make a wish,” she said to me, “and all will come true if you’ll only believe.”

“Believe in what?” I asked.

“Believe in the future state of Israel, a home for every Jew,” she replied.

Suddenly a rocket ship appeared, she pushed me in, and I landed in the cockpit with Jared Kushner shouting orders to the pilot.

The pilot had orange hair combed in every direction and holding a steering wheel in the shape of the Star of David.

“That’s an occult symbol you’re steering,” I said to Trump, “it will be your ruin.”

Next thing I know we landed on planet Mars and the Israeli Supreme Court unfolded before me as I walked off the jet-way.

I was greeted by Sigmund Freud.

“Welcome to the nut house!” he exclaimed. “Lots of neurotics here. I’m busy dishing out Prozac and subconscious symbols!”

“Fertility symbols and pyramids,” Freud said. “The Sanhedrin that crucified Christ fills the Israeli Supreme Court with them. They also step on the Cross there, you know.”

I shivered, took a deep breath, and a man with a red nose walked up to me. 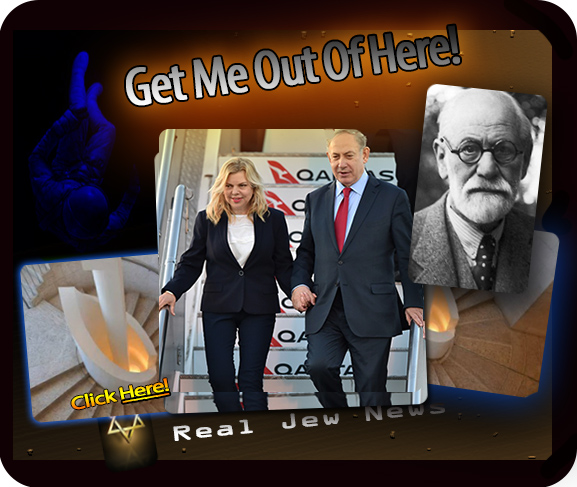 “No,” I answered, “I don’t want to live with a bunch of neurotic Jews.”

“I can’t stand them either,” said Bibzy, “six million of us on top of each other. Sounds like a hell hole, doesn’t it?

“Then why don’t you leave?” I probed.

“I do, every chance I get. Me and Miss Piggy are always flying around the world to every Holocaust concert we can get tickets to.”

“Tickets to Holocaust concerts?” I queried. 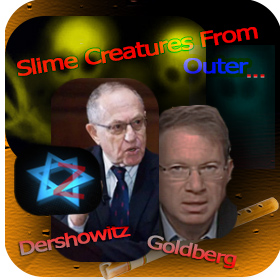 “Yes, Alan Dershowitz is the star of the shoa now that Wiesel’s dead. Jeffrey Goldberg plays the flute while Dershowitz croons.”

“What song does he sing?” I asked.

“Zionists itching to come home,” said Bibz, “but they love the good life in Jewmerica. We don’t mind since they’ve invaded Capitol Hill and send us billions. And besides, once here they’d be climbing the walls just to get out.”

So why Israel, if Jews aren’t coming ‘home?’ I asked.

“So we can have diplomatic immunity for a worldwide Jewish swindle,” smirked Bibz.

Then Senators Sissy Graham and Rubio appeared with their hands around a crystal ball dotted with Jewish stars and dollars floating inside. Rubio started singing in Spanish.

I covered my ears and awoke in a start with hot sweat running down my neck.

I ran to the kitchen and poured myself a tequila on the rocks.

“Thank God,” I said to myself, “I don’t eat tacos on Capitol Hill!”

For More See: Why Israel Should Not Exist Here

And: Dreaming At The Wailing Wall Here

And: Do We Really Want A Jewish State? Here

And: Globalization And Jewish Nationalism Here

And: All Dream Articles Here